Home Print Inspiration 3D printing – The solution to our problems? 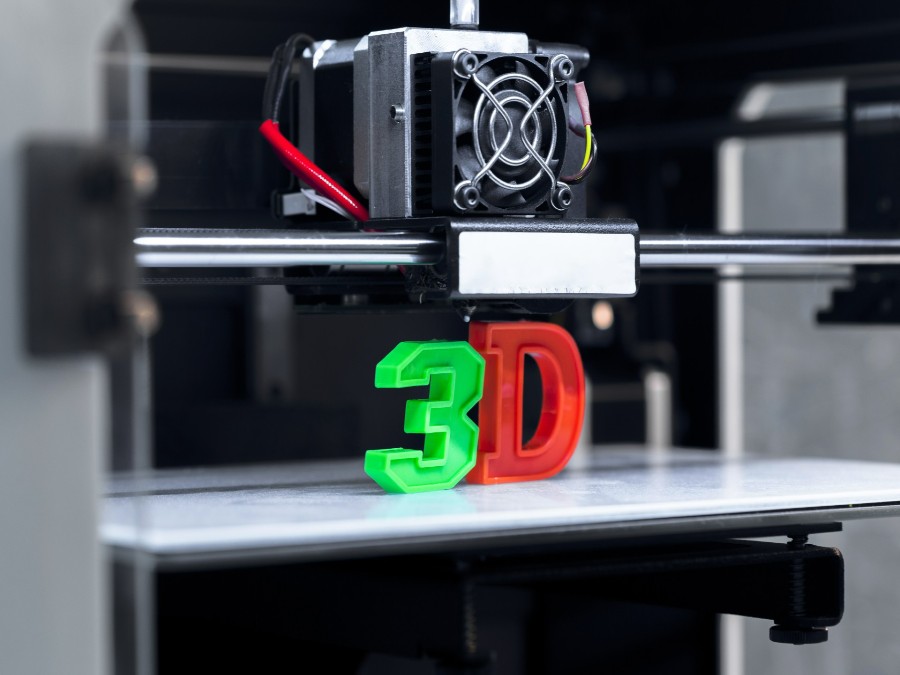 Leading organisations believe that 3D printing could become one of the largest technological advances in history.

What other manufacturing process can be seen influencing so many other industries as heavily as 3D printing?

The devil’s in the detail

Physical objects are produced by successive thin layers of material being added on top of each other until the final product is complete. 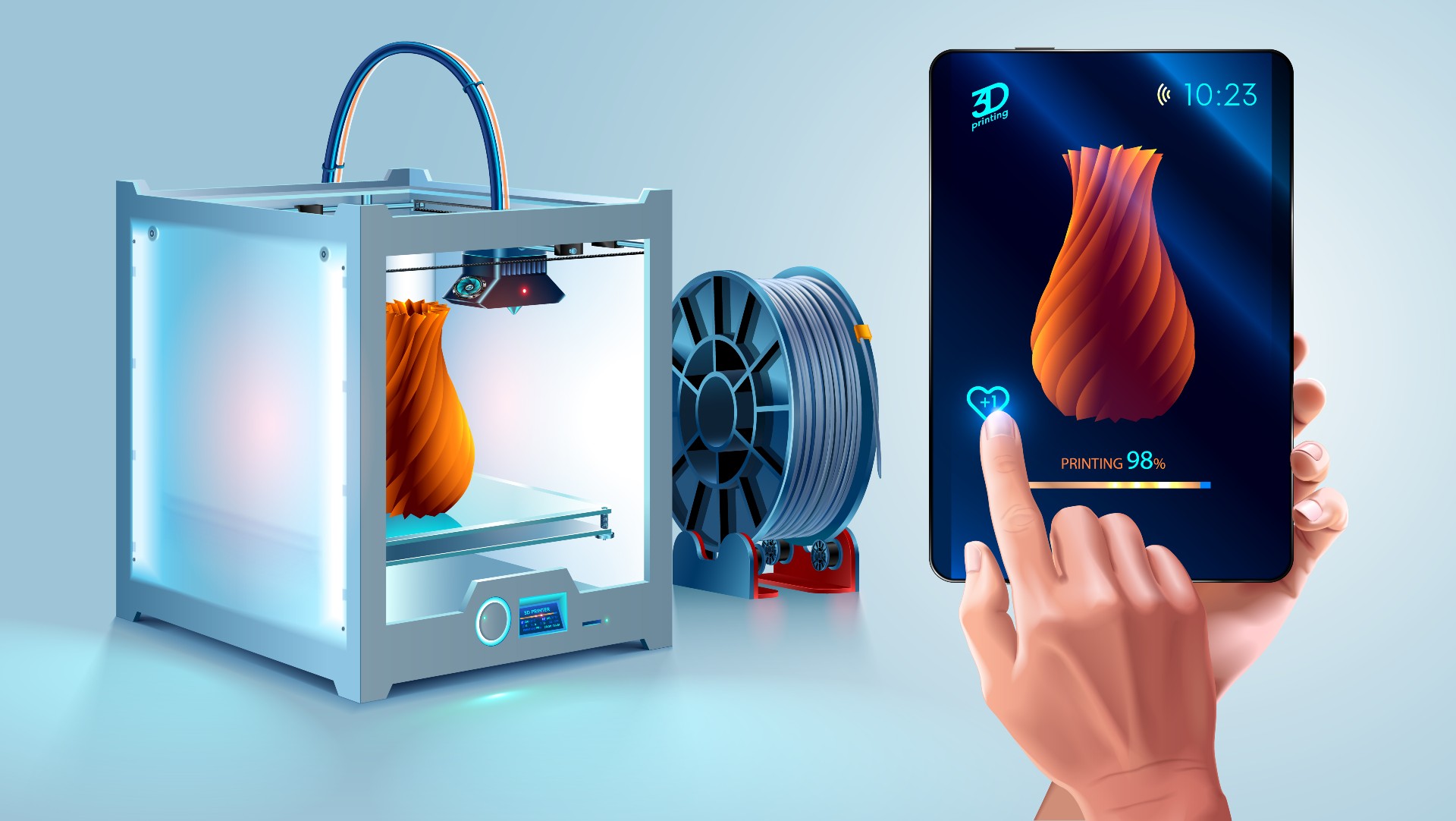 This method differentiates from traditional techniques which are subtractive, such as moulding or casting.

A footnote in history

Charles Hull started the ball rolling along the 3D printing timeline, 36 years ago in 1986.

He patented stereolithography,  a process that uses a computer-controlled moveable laser beam to shape objects. 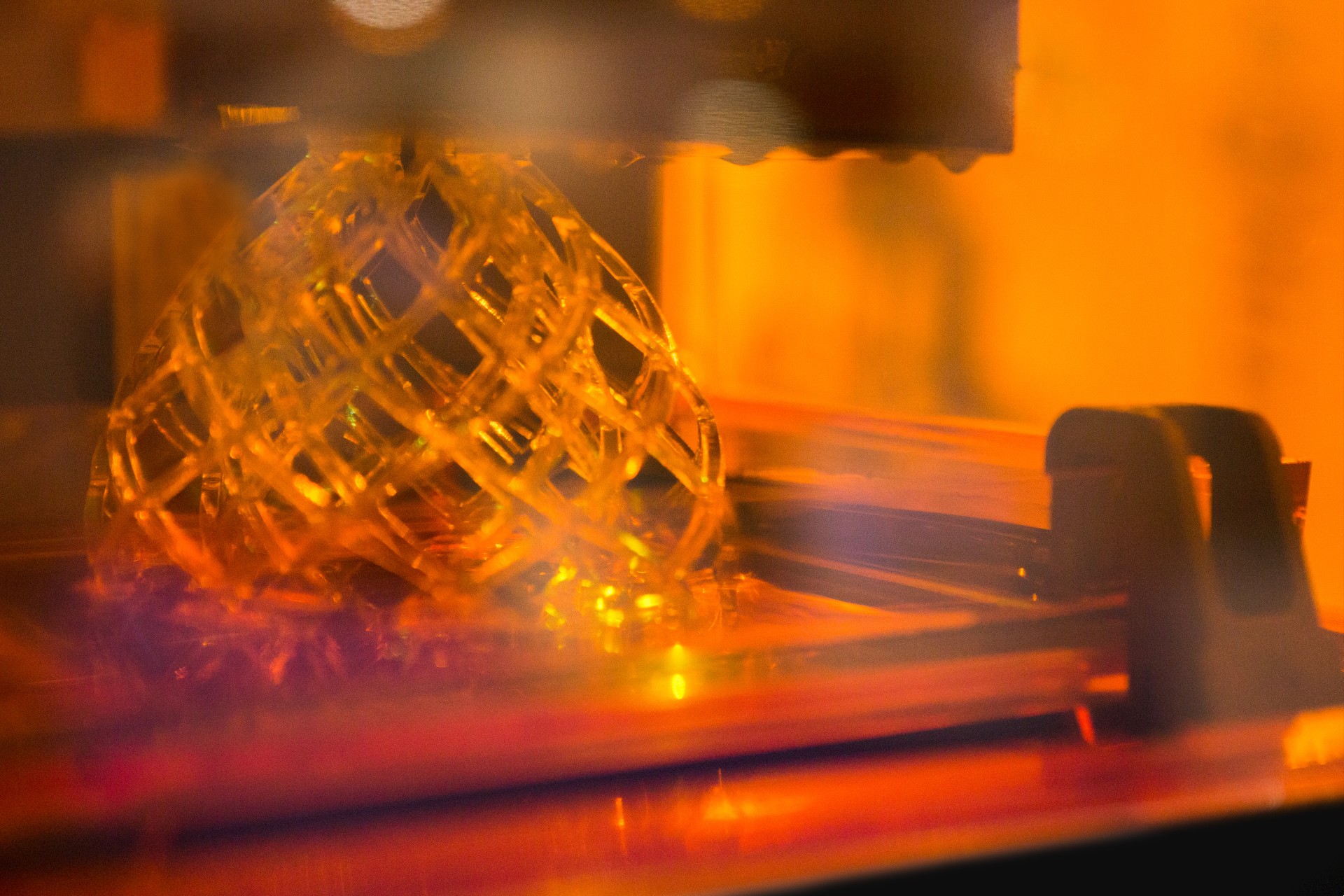 It wasn’t until the mid-2000’s that this technology started to diversify and flourish.

At this time, 3D printing began to specialise in the manufacture of one-off and short-run components, thanks to low tooling and set-up costs.

This diversification is still gathering speed to this day, with the flexibility of the process seeing it find applications in almost every industry.

Light bulbs, steam engines, cars and aeroplanes have all been revolutionary landmarks in human history. 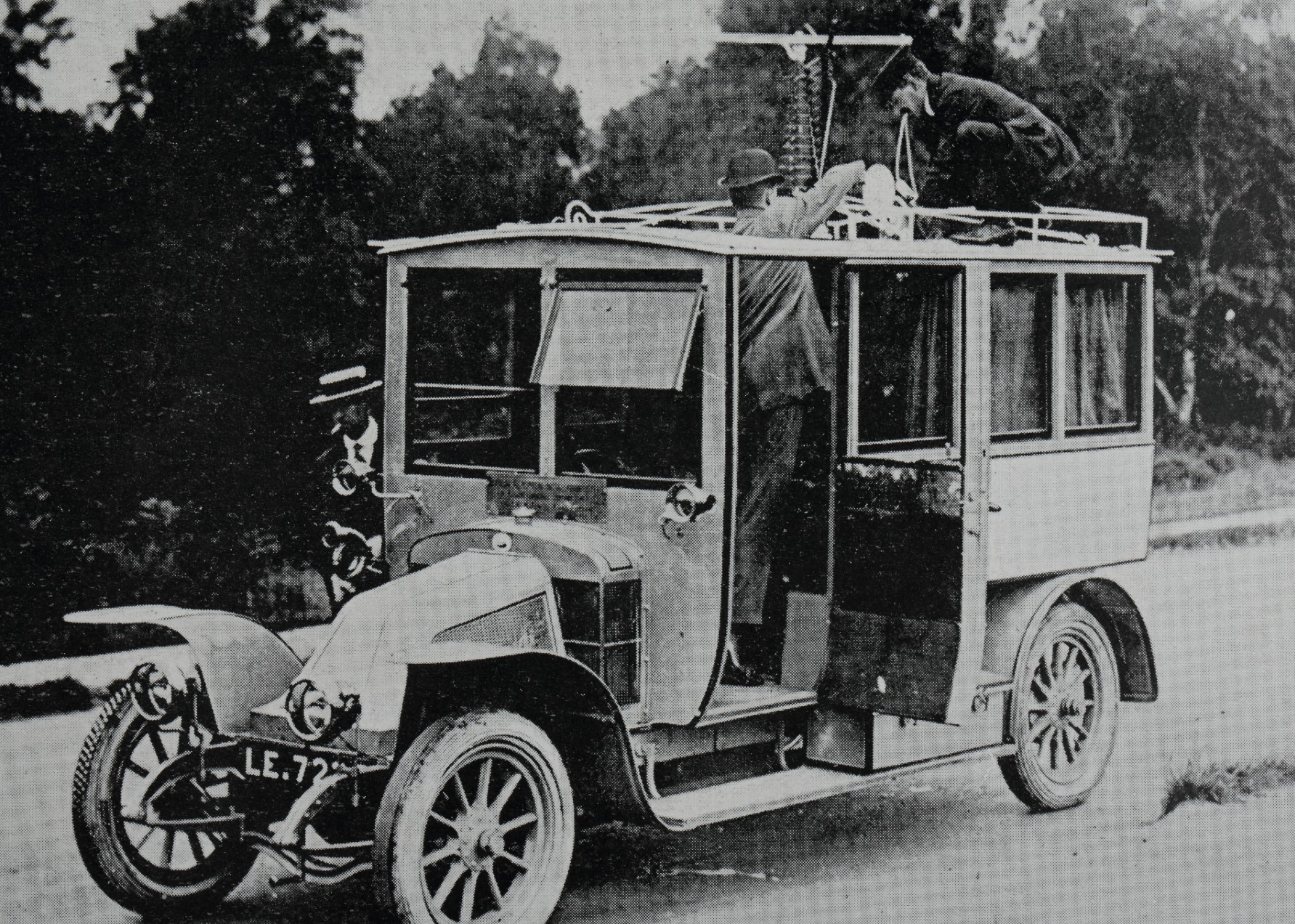 Many from within the manufacturing industries claim that the powers of 3D printing could join that exclusive club.

With new applications emerging day by day, the full power and potential of additive manufacturing is yet to be fully unleashed.

It’s regarded so highly because of its: 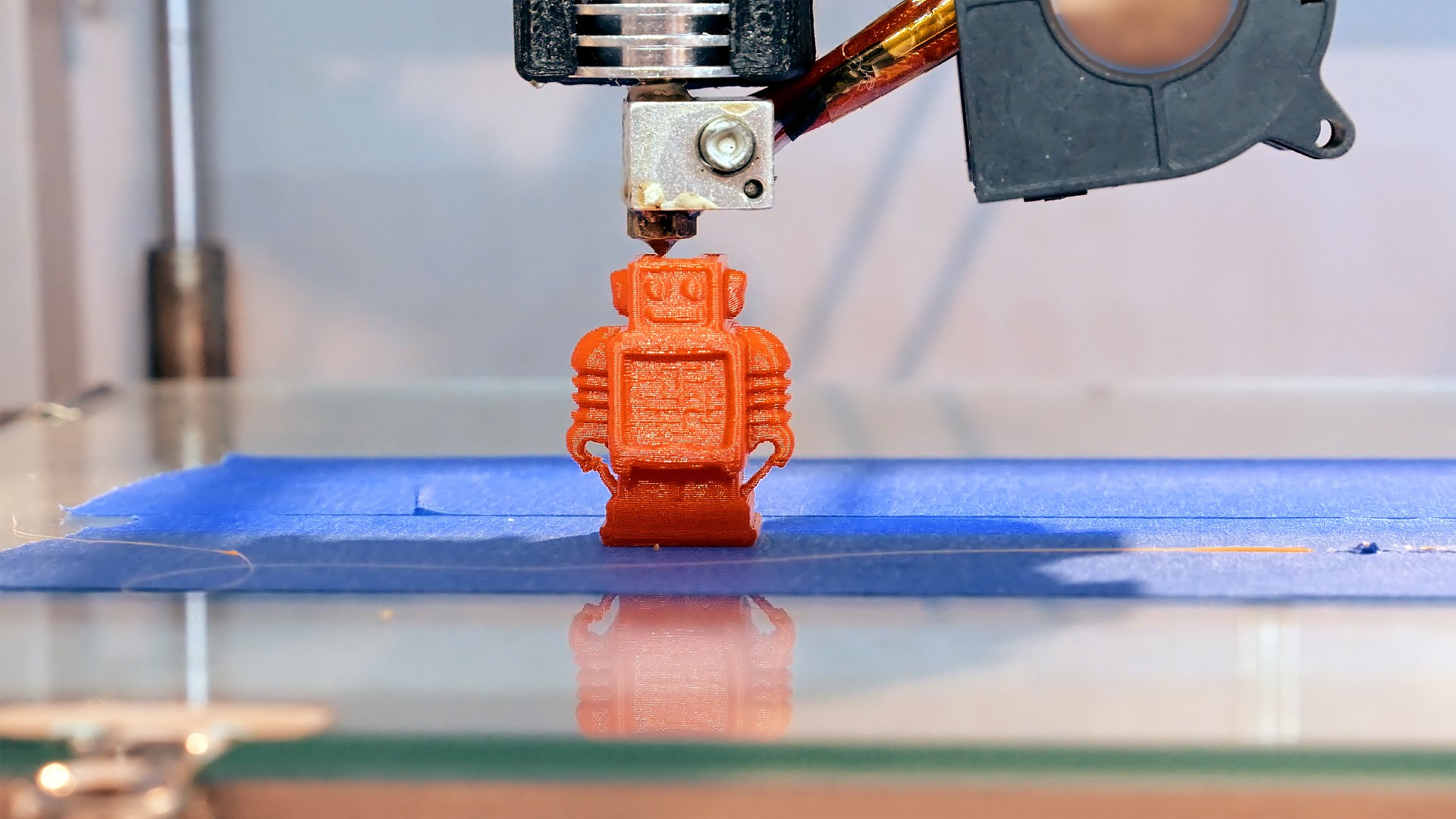 Additive manufacturing has a flexibility and diversity even the 21st century hasn’t seen before.

What other manufacturing processes can:

The range of materials that can be used in this process is growing.

Wood, cloth, paper and rock are currently of limited use as they can’t be applied as thin layers in a molten or liquid state.

Unsurprisingly, plastics are the most common materials used in this additive process.

The attributes of plastics make them ideally suited for creating products in a versatile range of colours, sizes and shapes.

By 2027, the 3D printing plastics market worth is expected to reach $1.9 billion.

But the use of metals is also blossoming in the 3D printing sphere.

The manufacture of cobalt chrome fuel nozzles through 3D printing is currently taking off in the aviation industry. This small engine part shows additive manufacturing in all its glory: customisable; complex; efficient and sustainable. 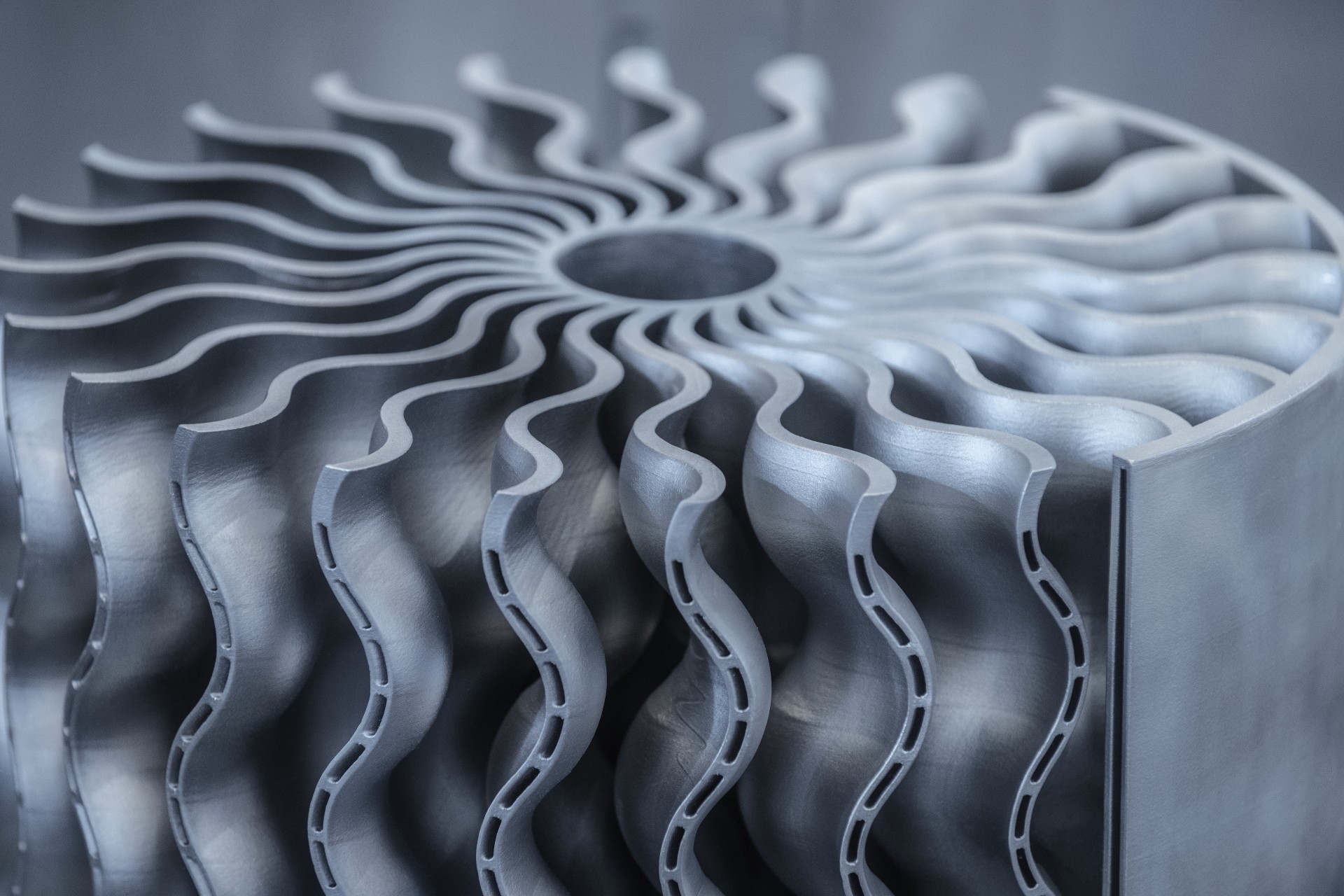 These fuel nozzles used to be comprised of 20 individual parts that would be welded together.

3D printing produces them as one solid piece which weighs 25% less and is five times stronger.

They’ve become a best-seller in the aviation industry, with their high levels of efficiency saving approximately $3 million per aircraft.

Many experts in the food printing industry believe in the not so distant future, a 3D printer will be a staple item in every household kitchen.

As bizarre as printed food sounds, it works in the same additive process as metals and plastics.

Pastes and purees are the most common 3D printed foods, however, plans to produce printed meats are not far off in this ever-evolving space.

As the cherry on top, 3D printing was responsible for the ‘World’s best tiramisu’ in the latest edition of the Tiramisu World Cup.

Ukraine has been a beneficiary of additive manufacturing.

In a time of despair and bloodshed, 3D printing has proved itself a valuable yet unexpected ally to Ukrainian soldiers.

Roughly 5,000 reusable tourniquets have been sent to the frontline to restock critical shortages. 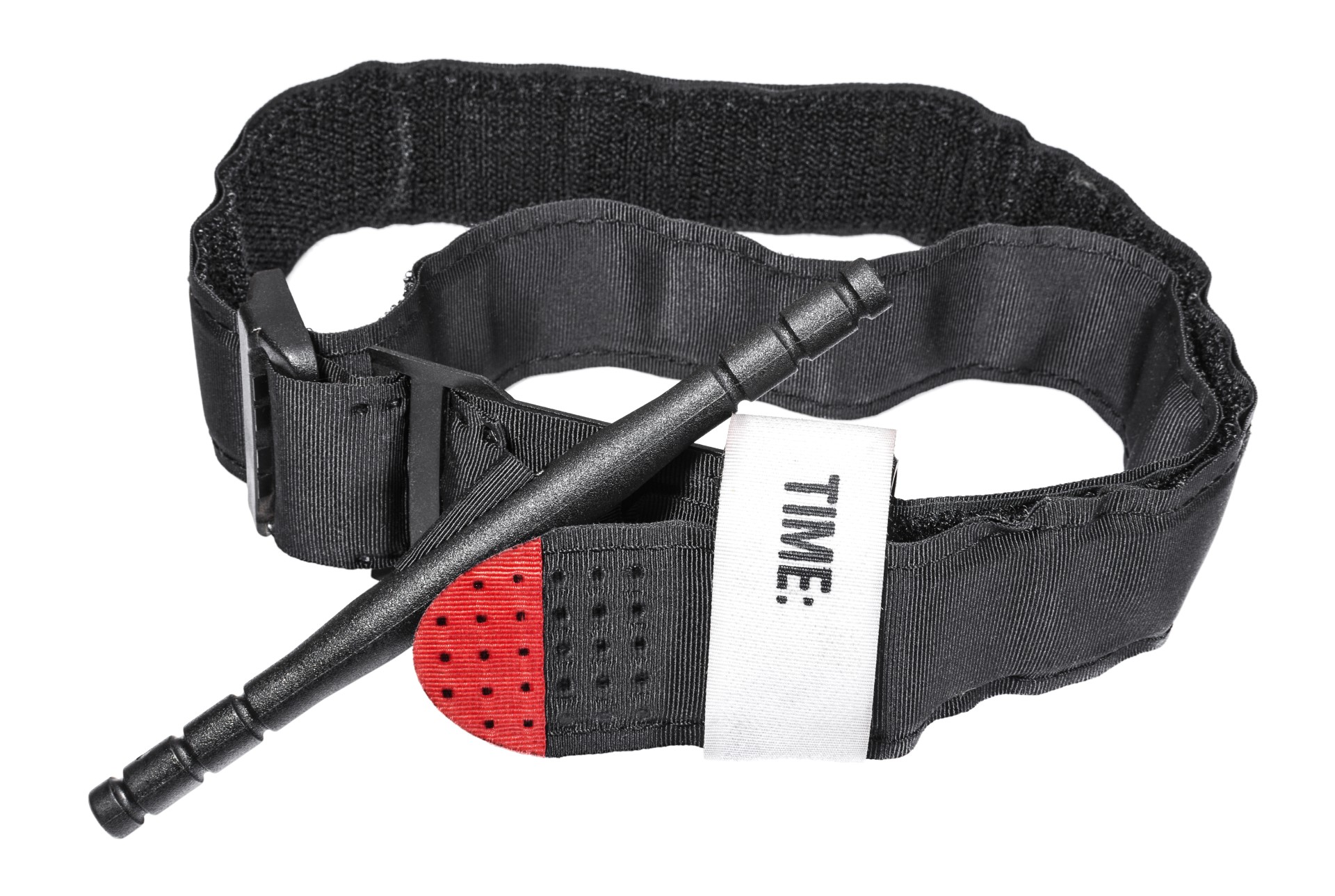 With the aid of digital files, bandages, splints and AK-47 attachments have also been produced in vast quantities.

Considering additive manufacturing for arms was relatively unheard of before the Russian invasion, this has been a rapid but successful mission.

3D printing is seen as the future of construction.

It is also viewed as the solution to many of the problems related to modern-day construction.

3D printing is seen as the solution for school shortages in developing countries, where Madagascar alone requires approximately 22,000 new schools.

3D printing is plugging holes in many other industries: 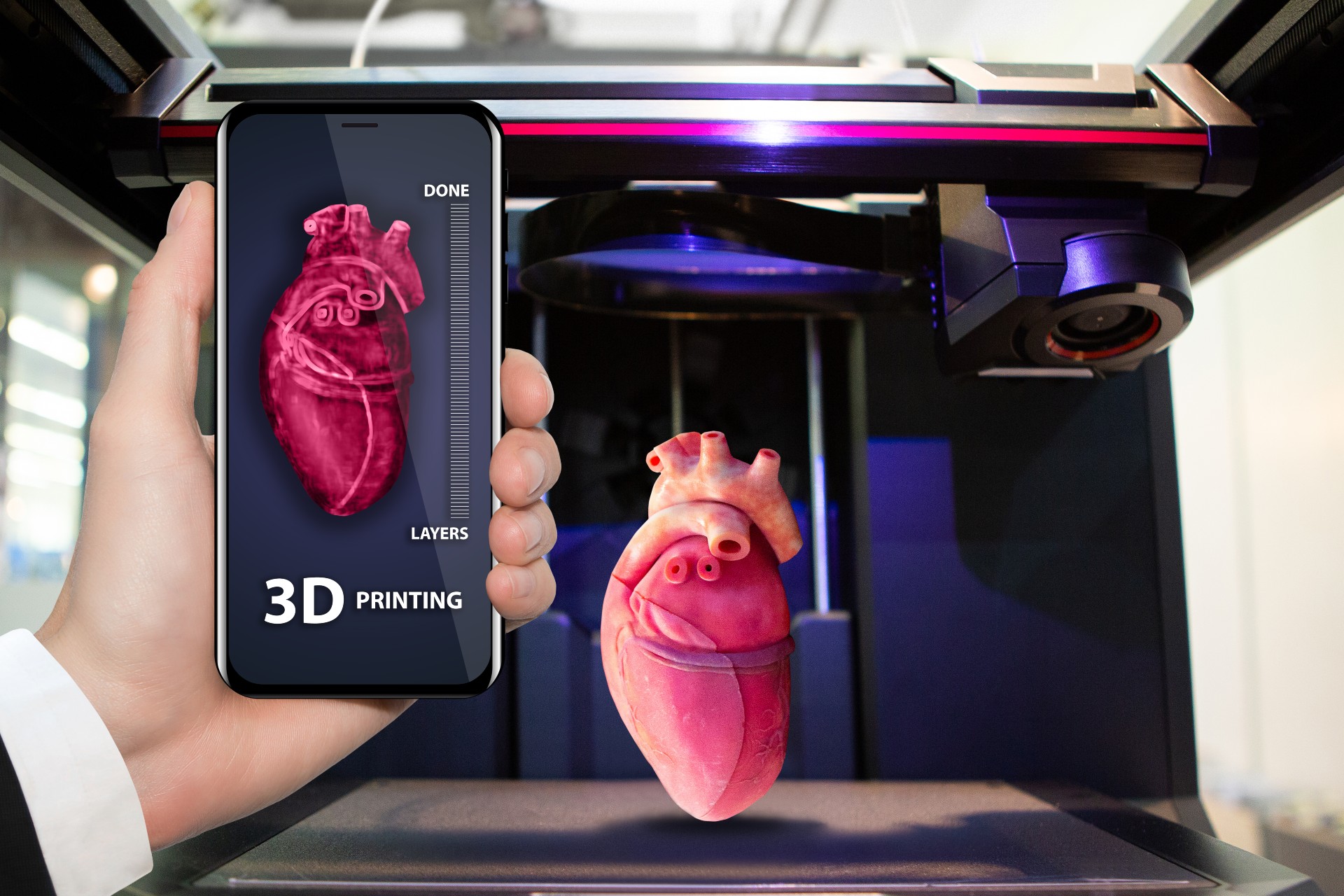 Medical work is benefitting vastly from advances in this technology.

At the start of this month, the world saw the first medically transplanted ear operated on. The printing process for the ear took less than 10 minutes.

More than 100,000 hip replacements have been 3D printed over the last decade. This process will give access to more operations of this nature in the future.

In the last 17 years, nearly every hearing aid has been 3D printed.

Additive printing is playing a huge role in the automotive arena, especially in the high-octane field of Formula 1.

These aerodynamic machines require hundreds of specific, intricate parts to get the car passed the chequered flag. 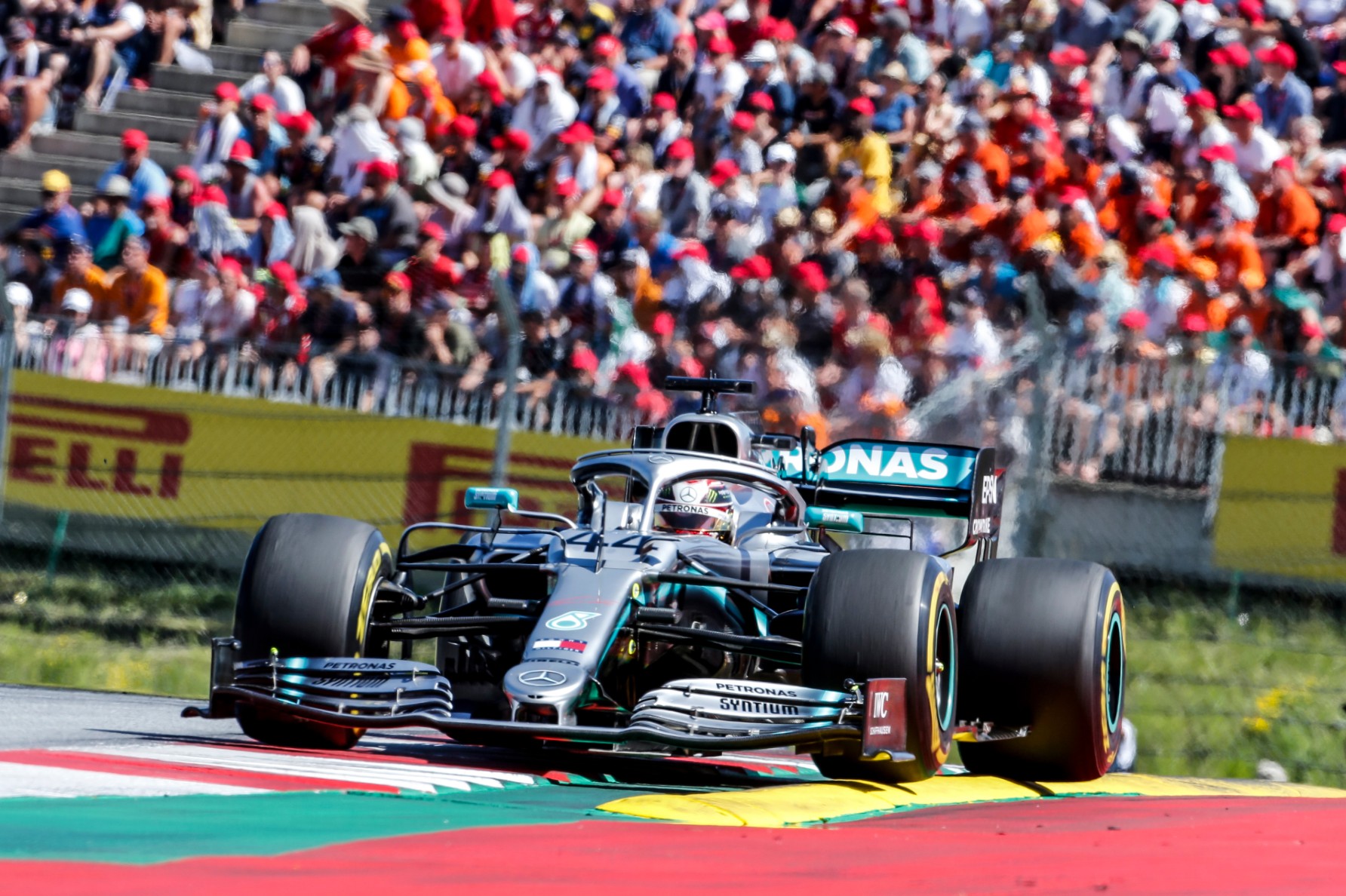 F1 parts made from additive manufacturing have been lighter than previously possible while increasing fuel efficiency.

They have allowed for increased car performance and reduced wear and tear of these delicate beasts.

In the fashion industry, shoes are the most common product made in this way.

With the fast-fashion industry under fire for its non-sustainable practices, 3D printing offers a solution. 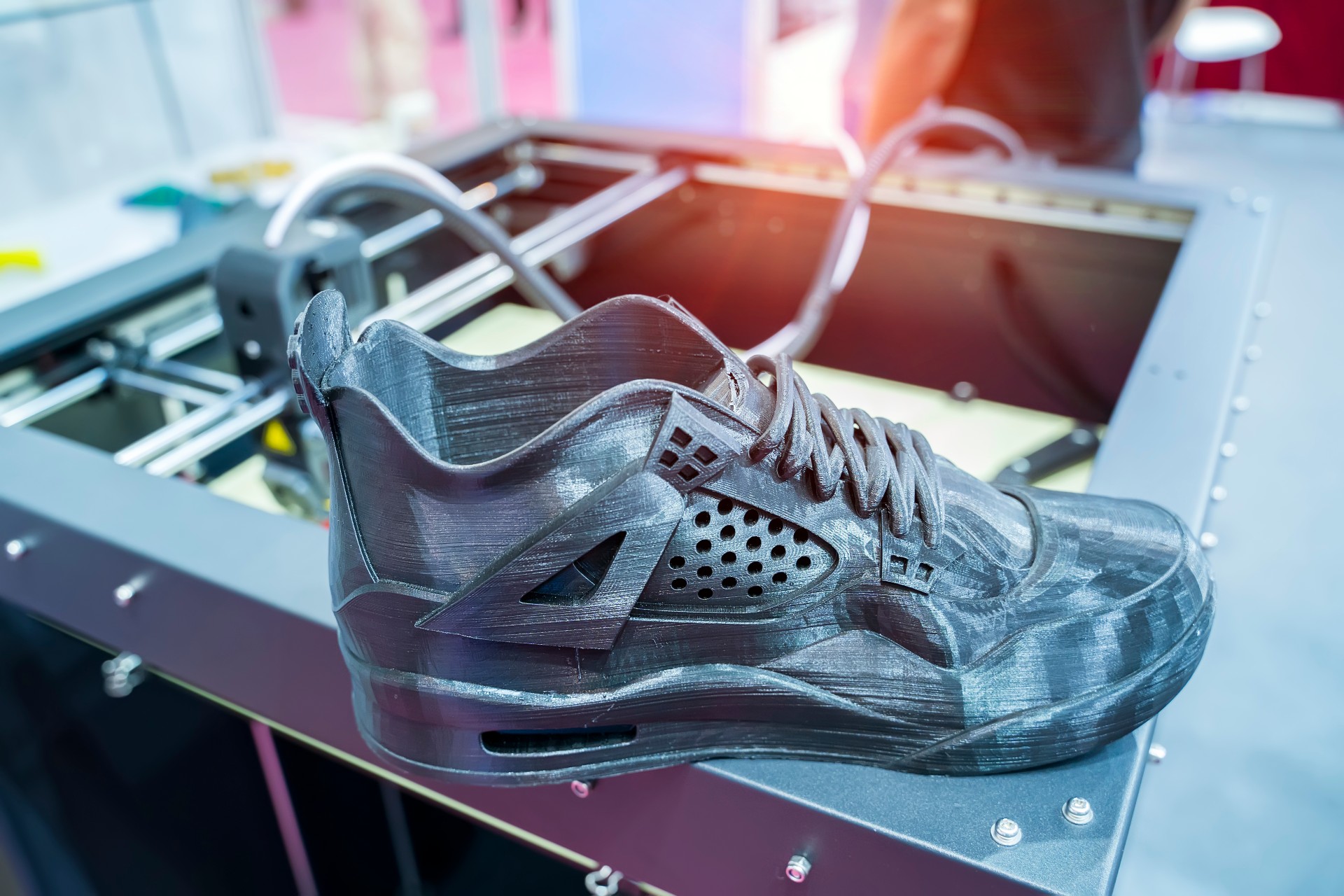 One massive drawback to this looming takeover of modern industries is a potential loss of jobs.

A process of such speed and efficiency, without the chance of human error, could see many people lose their jobs across a wide range of industries that choose to deploy this technique.

A technique with such a vast potential will always have the potential to be abused.

In June 2022, an 18-year-old suspect in Western Australia was arrested with a fully-functional, semiautomatic, 3D printed gun. 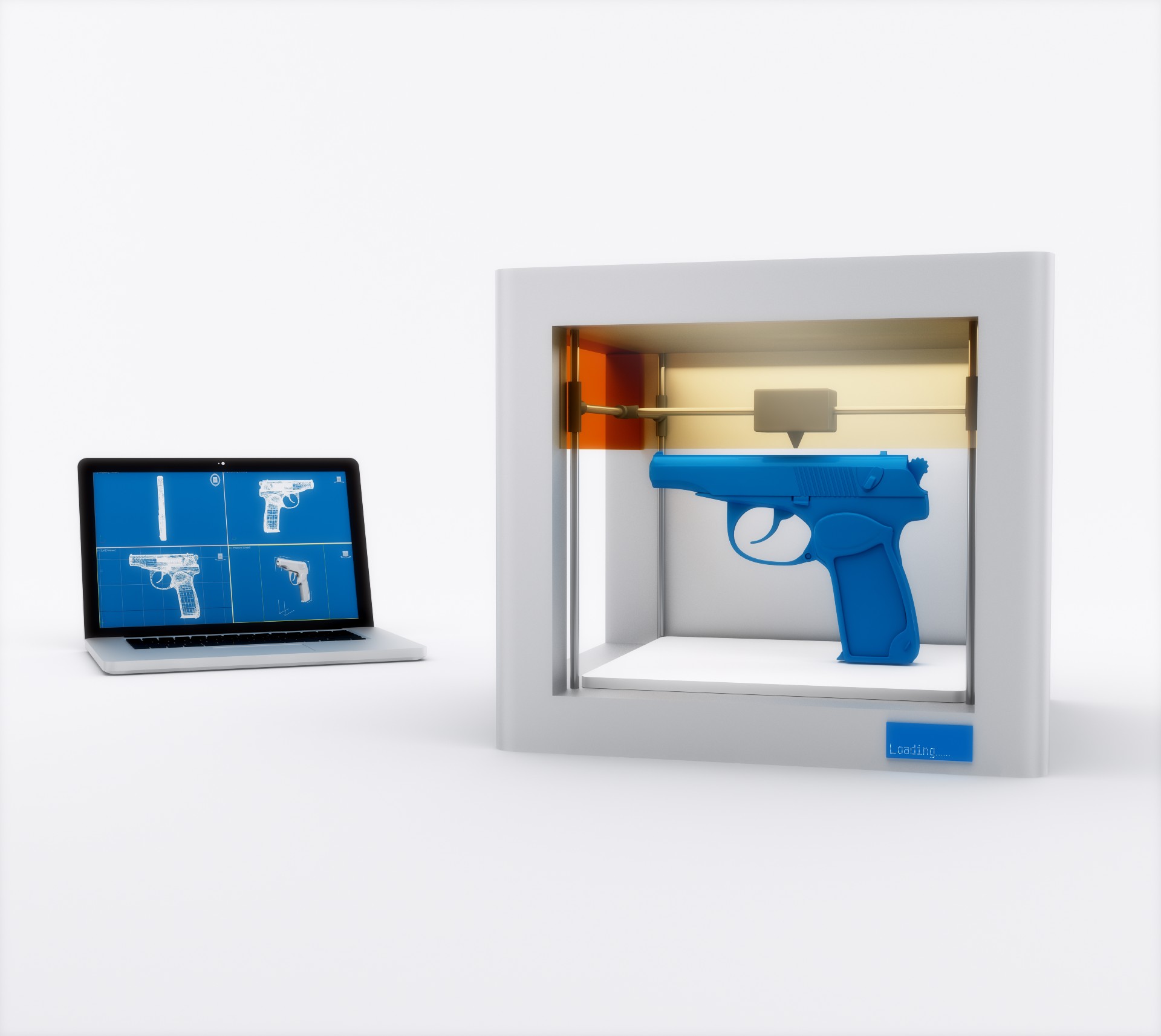 Made from his own home, these types of firearms remain unlicensed and unregulated.

With the ease with which this was produced, from a regular desktop 3D printer and readily available materials, it’s no surprise this is an increasing concern.

So concerning, in fact, that Europol has released a statement in the last month showing how seriously they’re taking the threat posed.

Often referred to as ‘ghost guns’, 3D-printed guns are hard to trace since unregulated ones don’t have a serial number attached.

Additive manufacturing has offered incredible solutions that improve the lives, products and jobs in many industries and communities.

However, international cooperation and improved legislation will be needed to ensure that 3D printing continues to be a force for good, and not a tool for wrongdoers looking for a cheap, unregulated and untraceable way to produce contraband items such as homemade firearms.

The noise coming from within the industry is loud.

3D printing is growing, and it’s up to us, and those who govern us, to make sure that this fascinating technology remains on the right path.