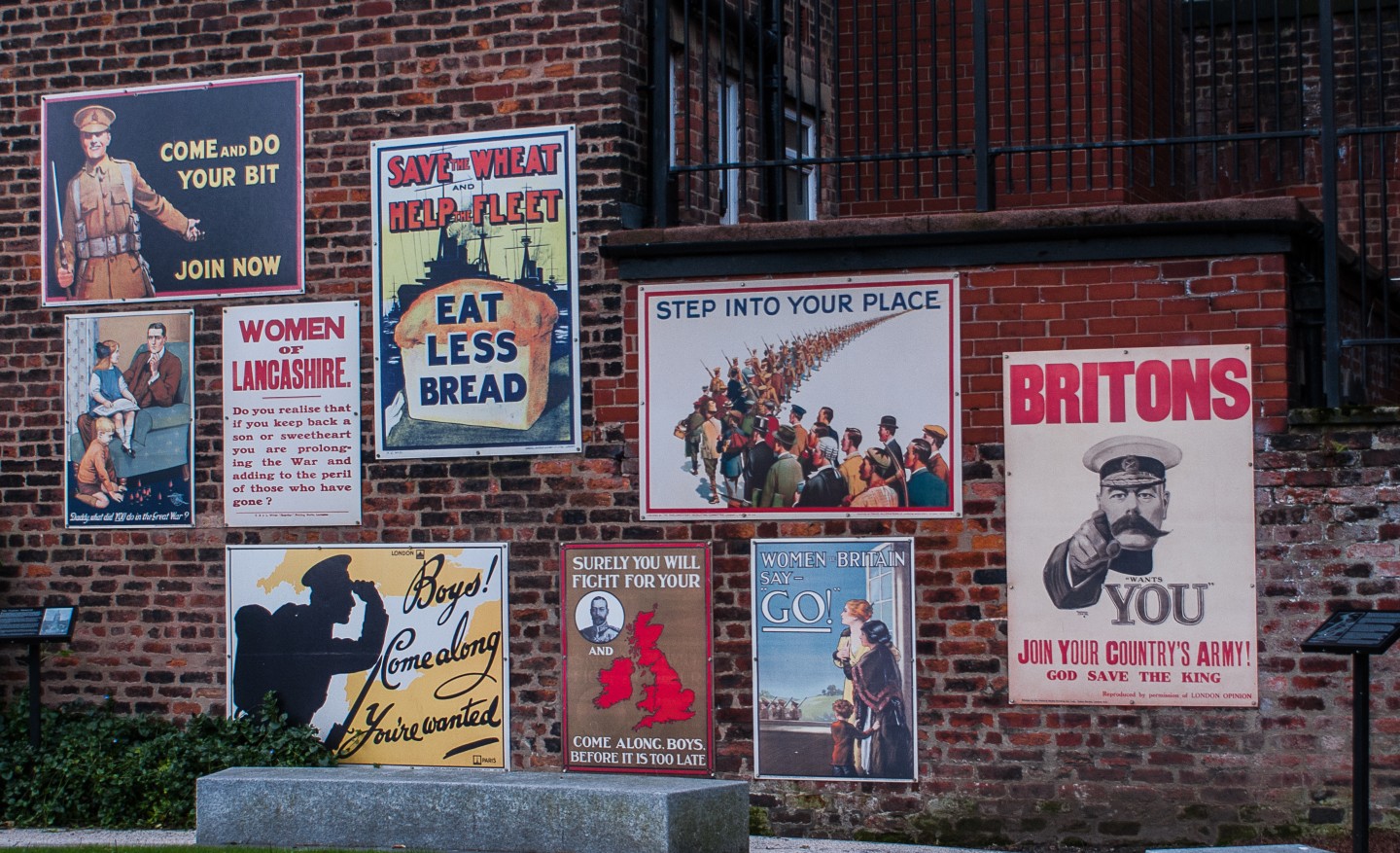 Leaflet design and written language in the modern era are truly unrecognisable from their humble origins.

Starting as Stone age cave drawings and growing into the first recognised alphabet of Egyptian Hieroglyphics, language has flourished into the 4,065 developed writing systems in the modern-day.

Methods for conveying information have evolved from the primitive signalling and mark-making of pre-historic times, through handwritten manuscripts in the Middle Ages.

The advent of the printing press in 1439 opened a jar of new possibilities for print. And ever since there’s been printing, there’s been Leaflets or Flyers in some form. 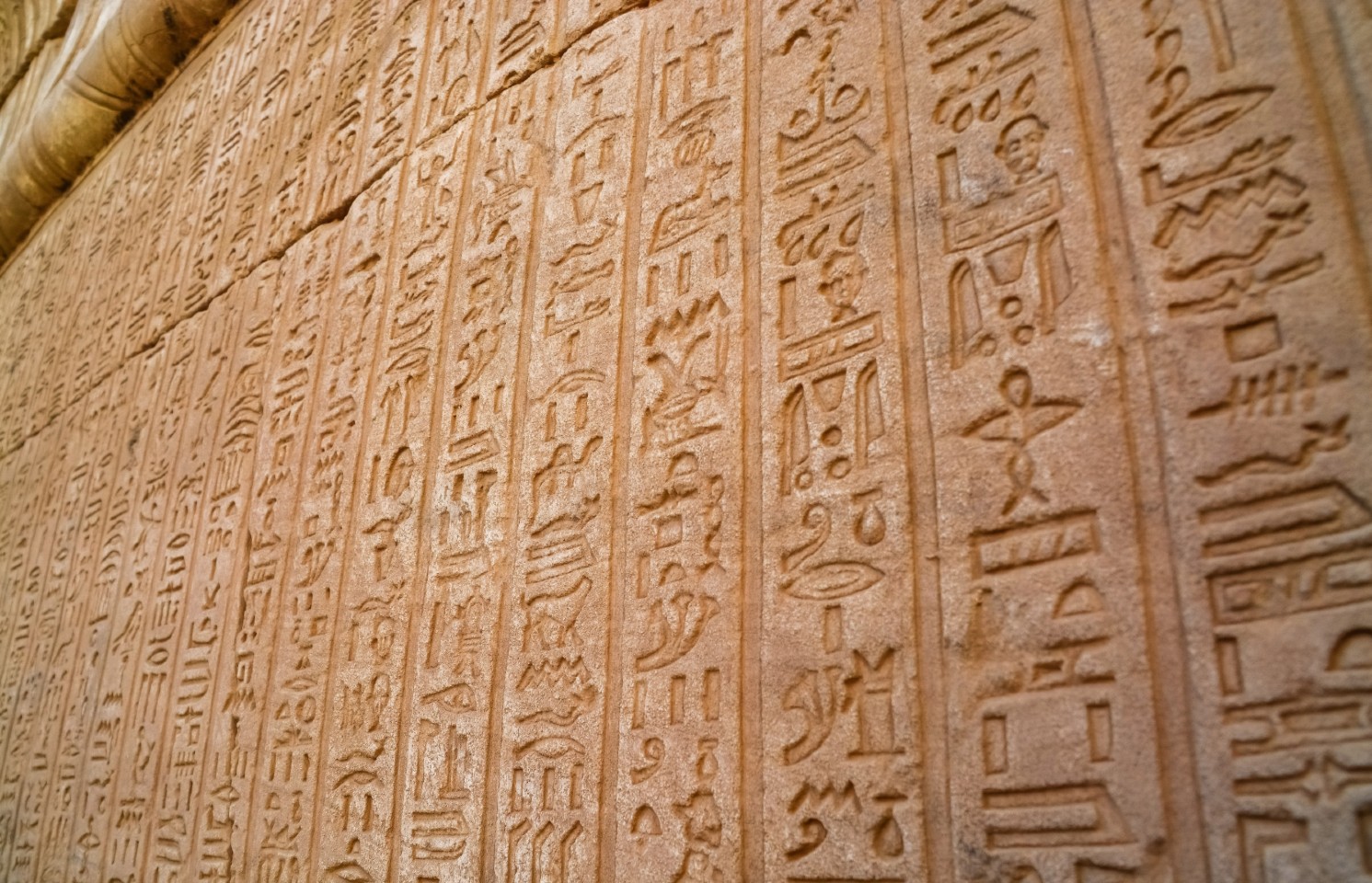 How Flyers and Leaflets have been deployed through the years shows the diversity of this printed medium. Some of the most iconic prints being produced on a handout.

Here we explore the history of printed leaflets through their eventful lifespan thus far.

The birth of print… and propaganda 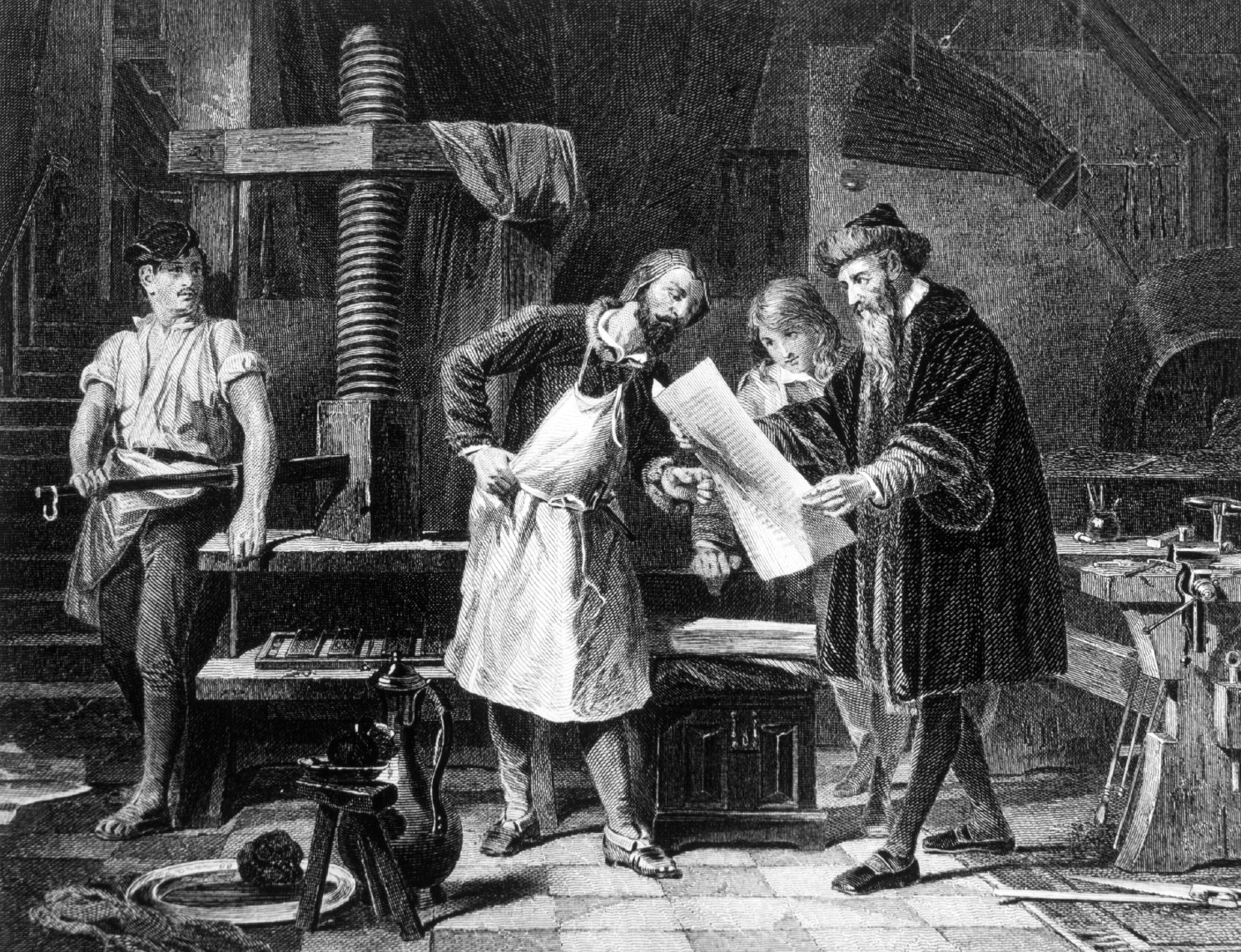 Pamphleteering was originally used as religious propaganda by social elites. 15th-century Leaflets were used throughout England, France, and Germany.

This was an era when only the rich and powerful could scribe, therefore the illiterate public were easy to manipulate. It is estimated in England, that 90% of men and 98% of women were illiterate in the 1500s.

Pinned to monastery doors, Pamphlets became a huge reason these figures decreased as they became regular reading to populations with no other access to written material.

This helped give the illiterate masses a foundation to improve their reading and writing. Within 200 years, only 50% of men and 70% of women were illiterate.

At this time, Leaflets were designed in quarto format. One sheet of paper is split into four pages on each side, which is folded to make an eight-page pamphlet. 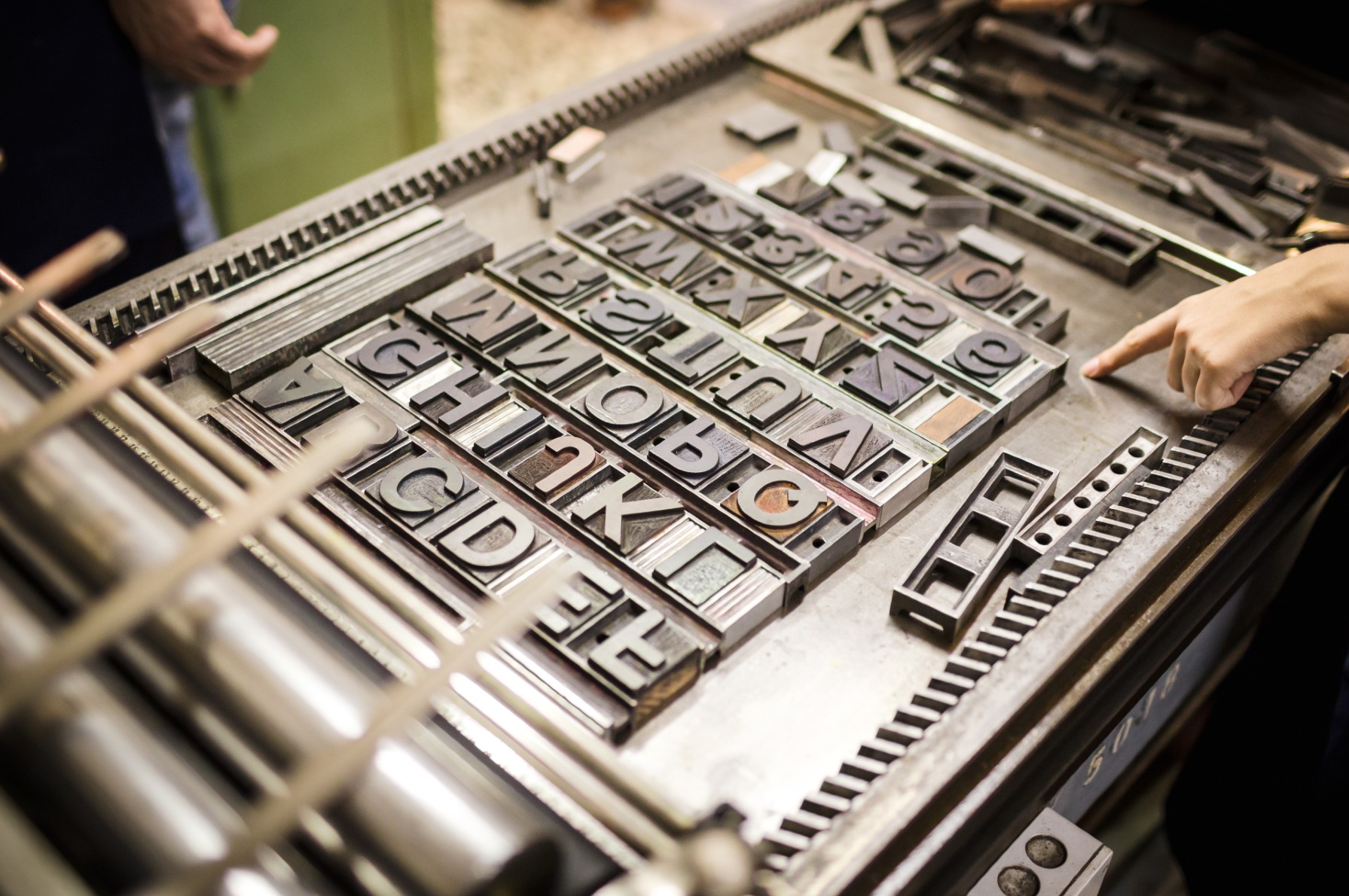 The technical standard of print at this point was very poor.

This was partly because their price was kept low to reach as wide an audience as possible. Print had short lead times since they were mainly reactionary political or religious commentary.

Living in an era where Protestants and Catholics clashed as often as the sun rises, an explosion of print arose from both sides.

In France, Flyers were circulated to support the Reformed religion orders in the early 16th century.

German Leaflets were published by the leaders of the Protestant Reformation to provoke popular opinion against the Pope and the Roman Catholic church. 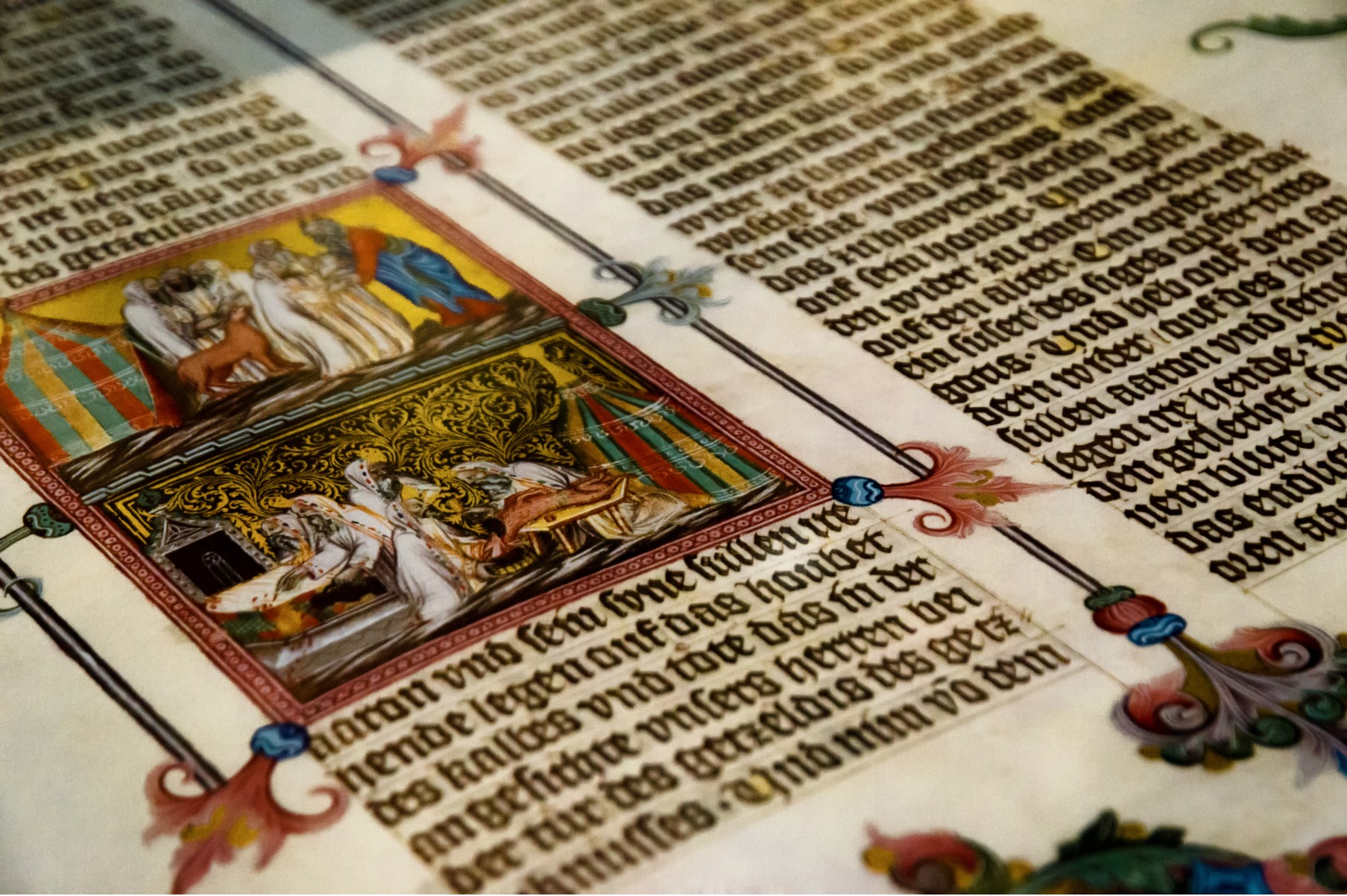 From the 16th century, religious and political Pamphlet publication became illegal and subject to strong regulation in the UK.

However, as the circulation of Leaflets increased, Parliament saw an opportunity to boost their profiles and began using print as propaganda to gain the support of the public by explaining their policies through print.

A civil war in print

Pamphlets played a huge role throughout the English Civil War from 1642 to 1651. The Royalists (Cavaliers), and the Parliamentarians (Roundheads) not only waged a physical war but a war in print too.

Flyers and broadsheets were widely circulated from both sides that were discriminatory and provocative to the opposing side.

They encouraged complete intolerance of different viewpoints and contributed to tensions within an already volatile society. 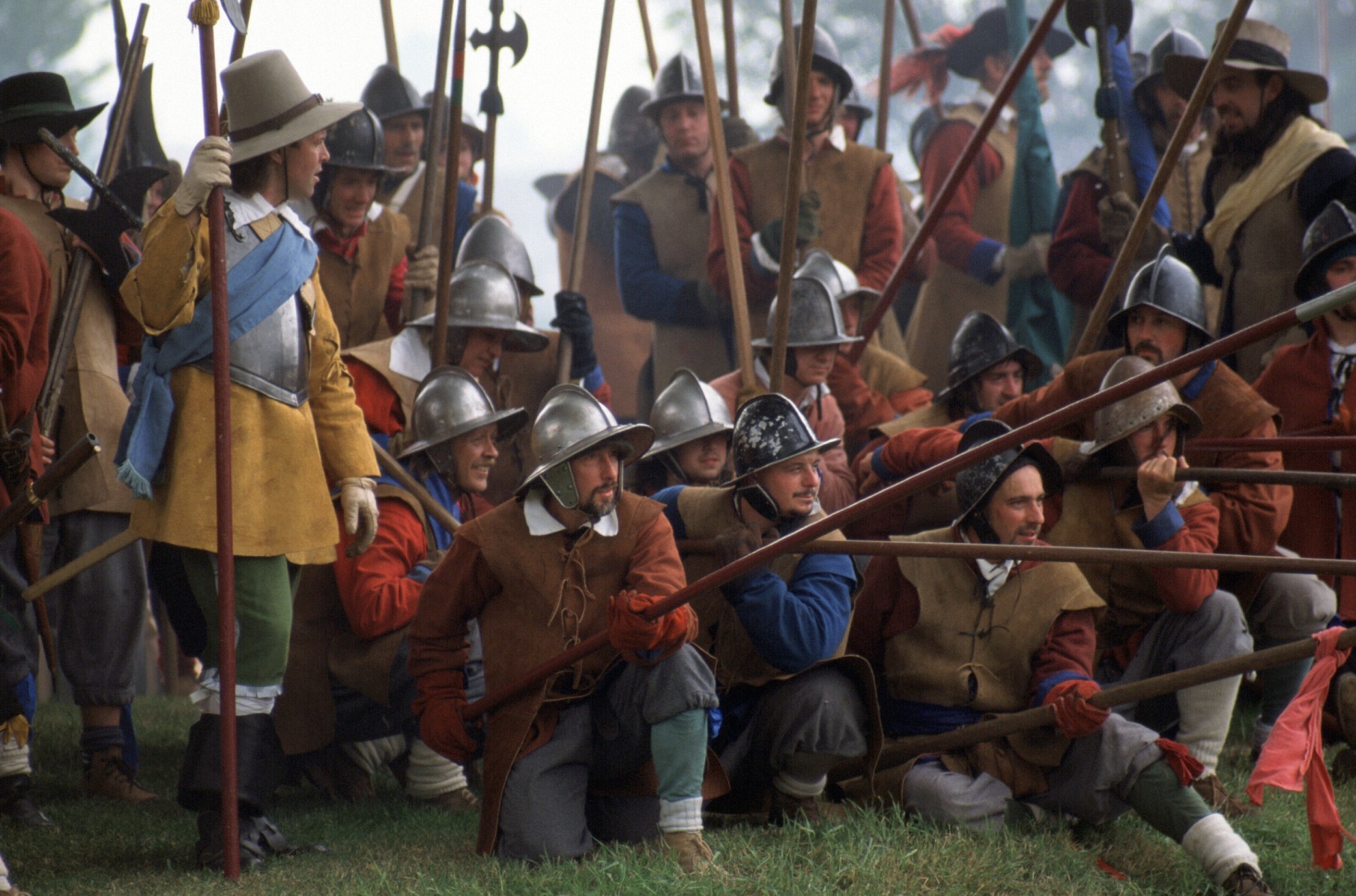 This war ultimately saw Oliver Cromwell’s Parliamentarians overthrow the King Charles I, helping to shape the system we find ourselves governed by today.

Come to the end of the 17th century, Pamphlets had become the single most important print medium in Europe, particularly in England, the Netherlands, and France.

Political battles were increasingly fought out publicly through Leaflets.

Greater global movement allowed Flyers to go viral and travel uncharted waters in the 18th century. With England ruling over global colonies, news spread between continents like never before.

The colonisation of America by the British prompted the production of one of the most famous Pamphlets written. 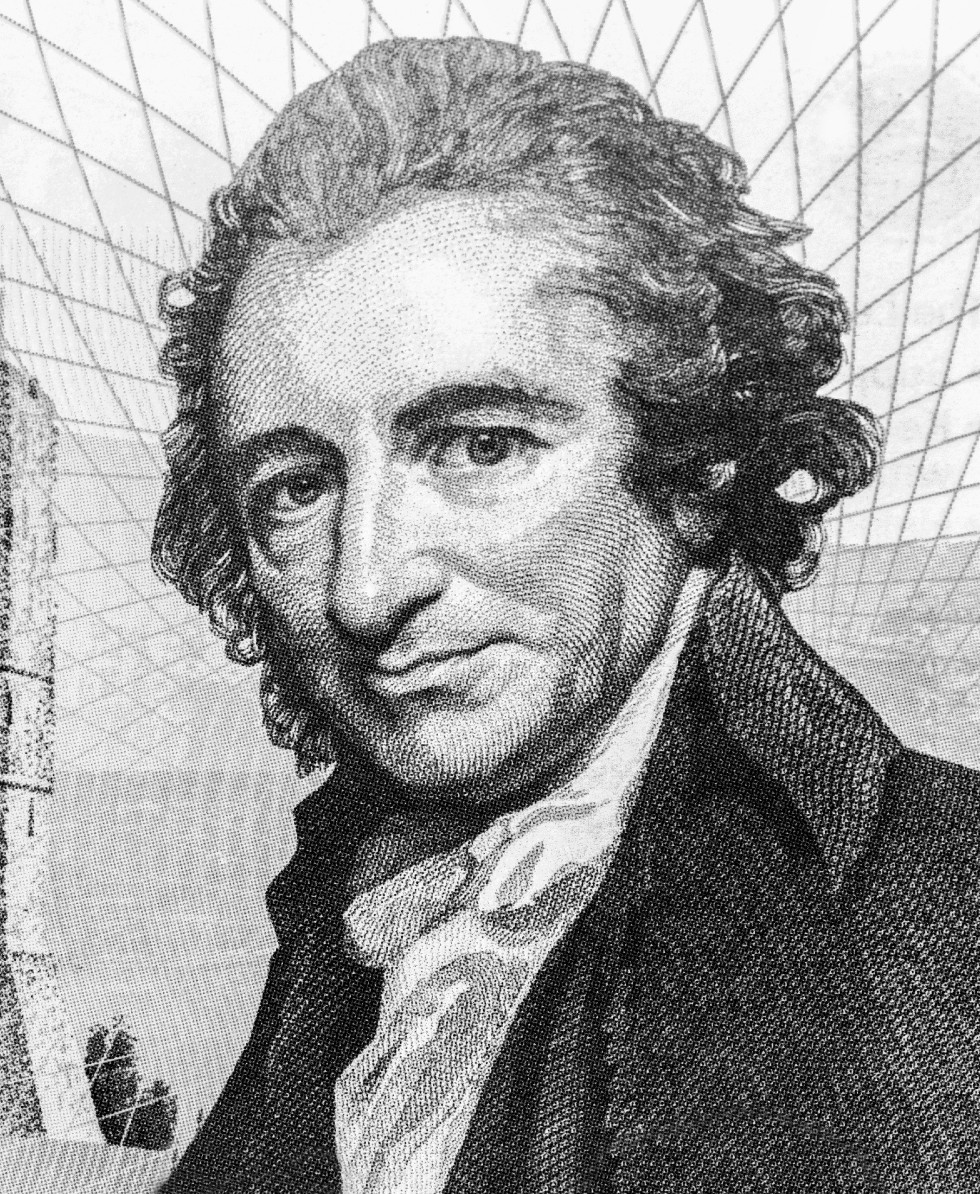 Selling an estimated 500,000 copies by the end of the American Revolutionary War, it encouraged Americans to create a new government where people were free with the power to rule themselves, without the need for a monarch.

Once America finally won independence, some of Paine’s influence and ideas even found their way into the US Constitution and the Bill of Rights.

A message of emancipation

The 19th century saw a historical shift in human rights, from the abolition of slavery to the women’s suffrage movement. Flyers and Leaflets played a huge part in the rise of these monumental moments.

A crisis was created in 1835 through the mailing of ‘Incendiary’ Leaflets supporting the abolition of the slave trade in America. This abolitionist Pamphlet campaign flooded thousands of anti-slavery Flyers to Southern addresses.

This inflamed pro-slavery Southerners so much that they formed mobs and broke into post offices. Thousands of Pamphlets were seized, and Southerners made a spectacle of burning them.

This proceeded to create a crisis at a federal level which resulted in then President, Andrew Jackson, advocating the suppression of these Leaflets and any future abolitionist literature being delivered to the South, during his annual speech to Congress.

While these Pamphlet campaigns did not single-handedly bring about the abolition of the slave trade, they did draw attention to the issue among the wider public.

Print provided a means of communication to help organise, help, and protect escaped African Americans. It brought awareness to escape systems like the underground railroad and exposed the atrocities to sheltered members of the public.

Campaigns like this in America helped mount pressure to bring a collapse to this barbaric trade, in 1865. 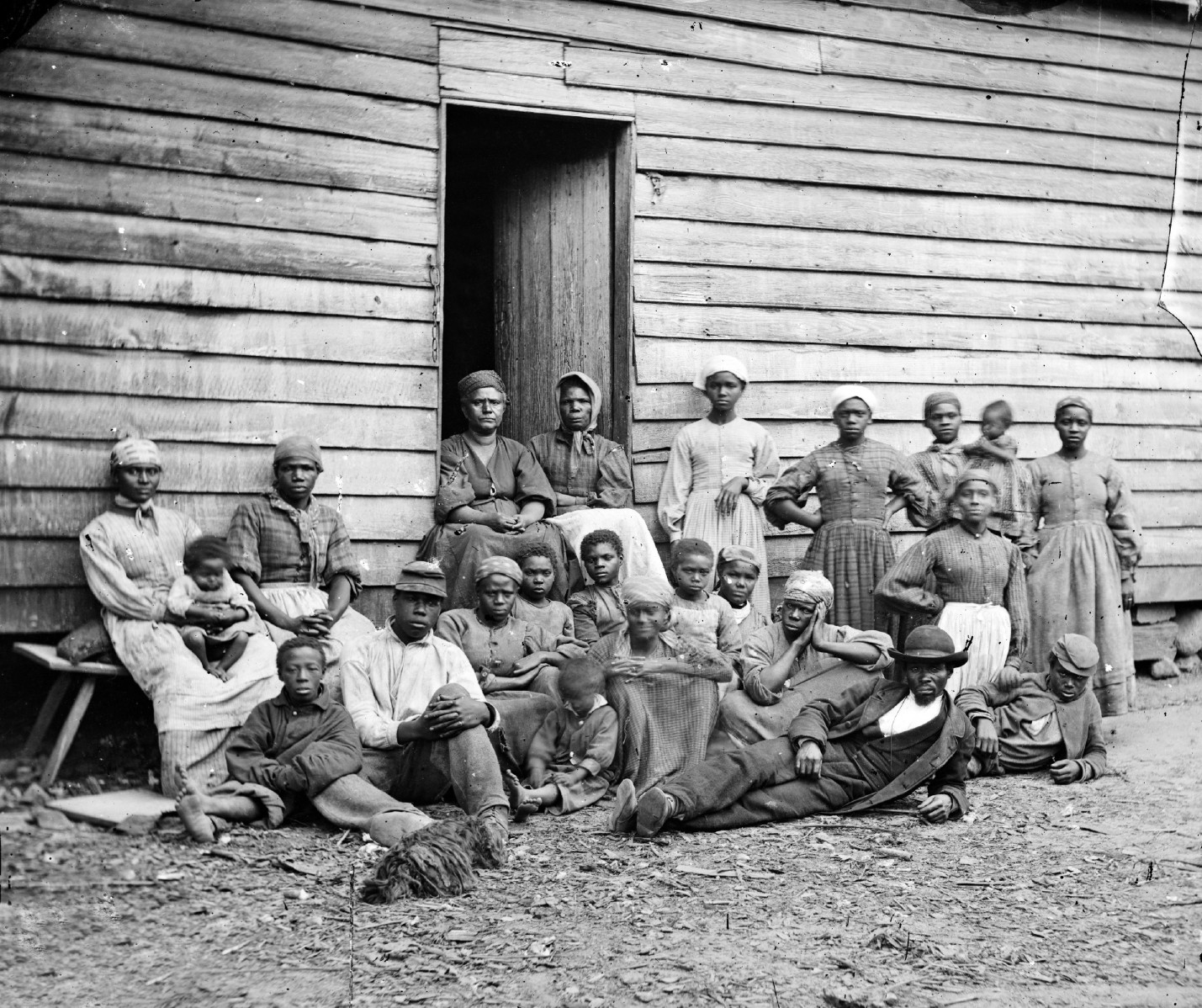 Flyers and Leaflets were huge factor in getting the women’s suffrage movement past the post.

With almost the entire female population in the UK becoming literate by the turn of the 20th century, printed handouts played an important in organisation for the movement.

Covert meetings, mass marches and empowering rallies were largely orchestrated through Leaflets as this was the easiest way to devise and coordinate large scale events, in an era without WhatsApp groups. 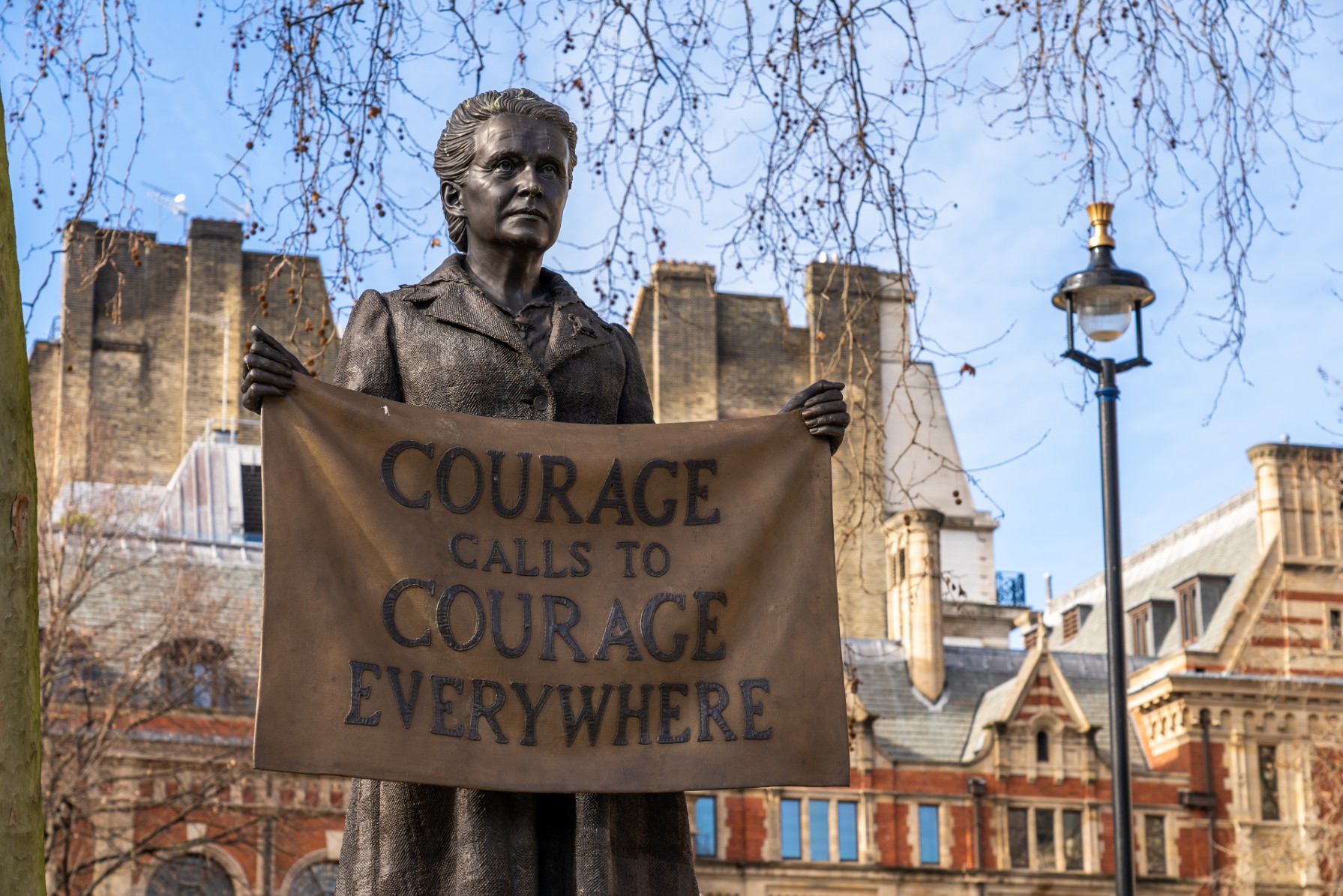 In their content and design, a huge focus remained on education.

Informing men and women alike about the importance of women being able to vote, why they should be able to and how society would be improved if they could.

Flyers can’t claim to be the reason that the Representation of the People Act was passed in 1928, giving women the right to vote, but the foundations they laid for improved communication certainly, helped to advance the cause.

A world at war

Poster art participated in some of the most pivotal events of the early 20th century, while propaganda became one of the most important weapons of both World Wars.

During the disarray of World War One and Two, Flyers were mobilised to enlist soldiers, sell bonds, and fuel fury at enemy transgressions. 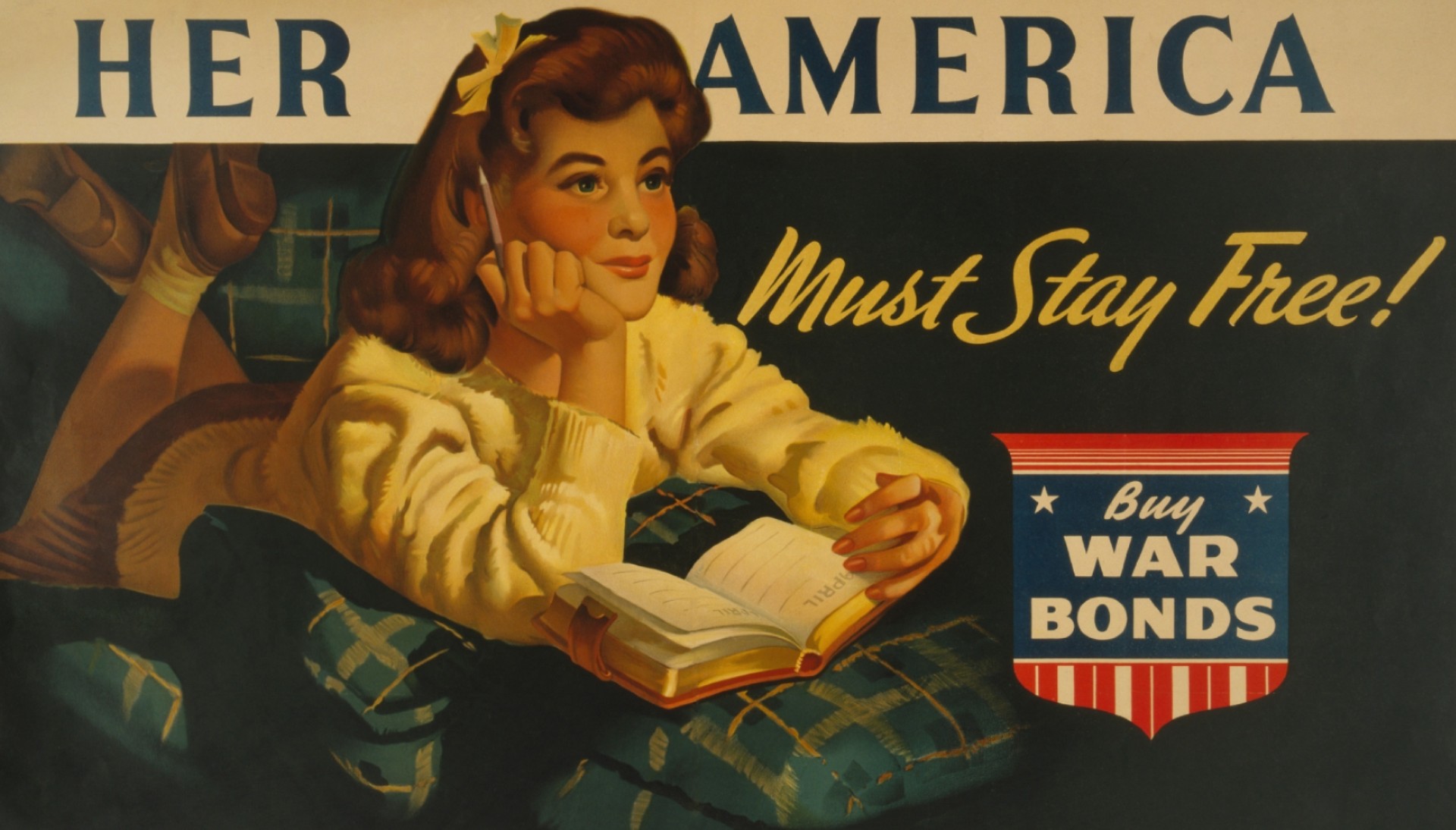 Celebrating victories, hiding horrors, distorting the truth, and blindsiding opponents; every measure was taken on both sides to keep the public on side while demonising the enemy.

Six US Marines lifting the American flag, at the pinnacle of Mount Suribachi on Iwo Jima, perfectly encapsulates the manipulation of wartime print. 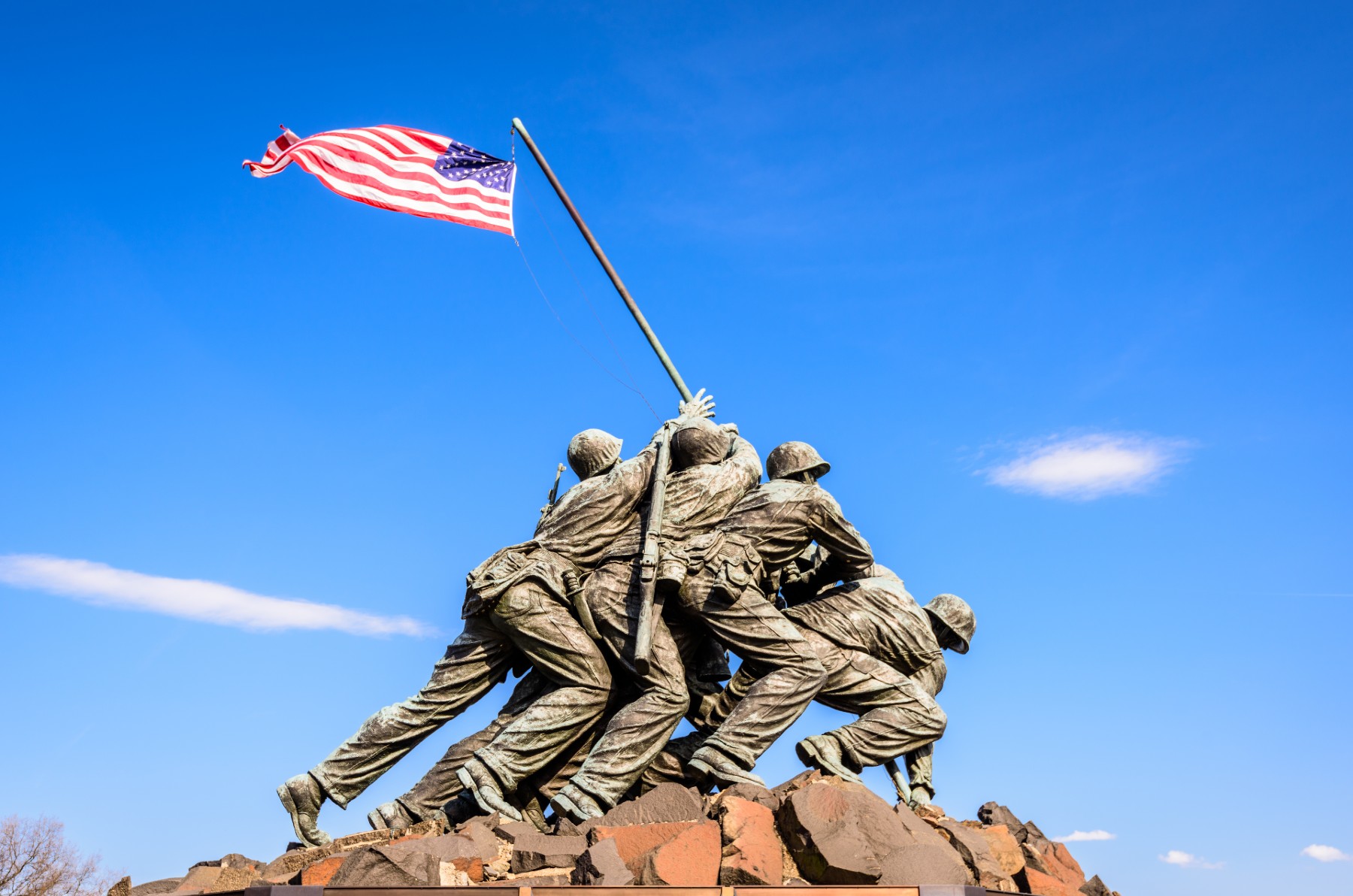 The Pulitzer winning photo was seen as justification for the bloodshed back home while hiding the reality of the extreme devastation of life seen by the Pacific Islands.

Every renowned political leader from this era used propaganda Flyers to engage and induce the public to an array of emotions, most prominently fear.

Vladimir Lenin and Joseph Stalin of the former Soviet Union, Adolf Hitler and Joseph Goebbels of Nazi Germany, England’s Winston Churchill, and America’s Franklin Roosevelt, all harnessed it as a tool to control and empower their people while discouraging the enemy. 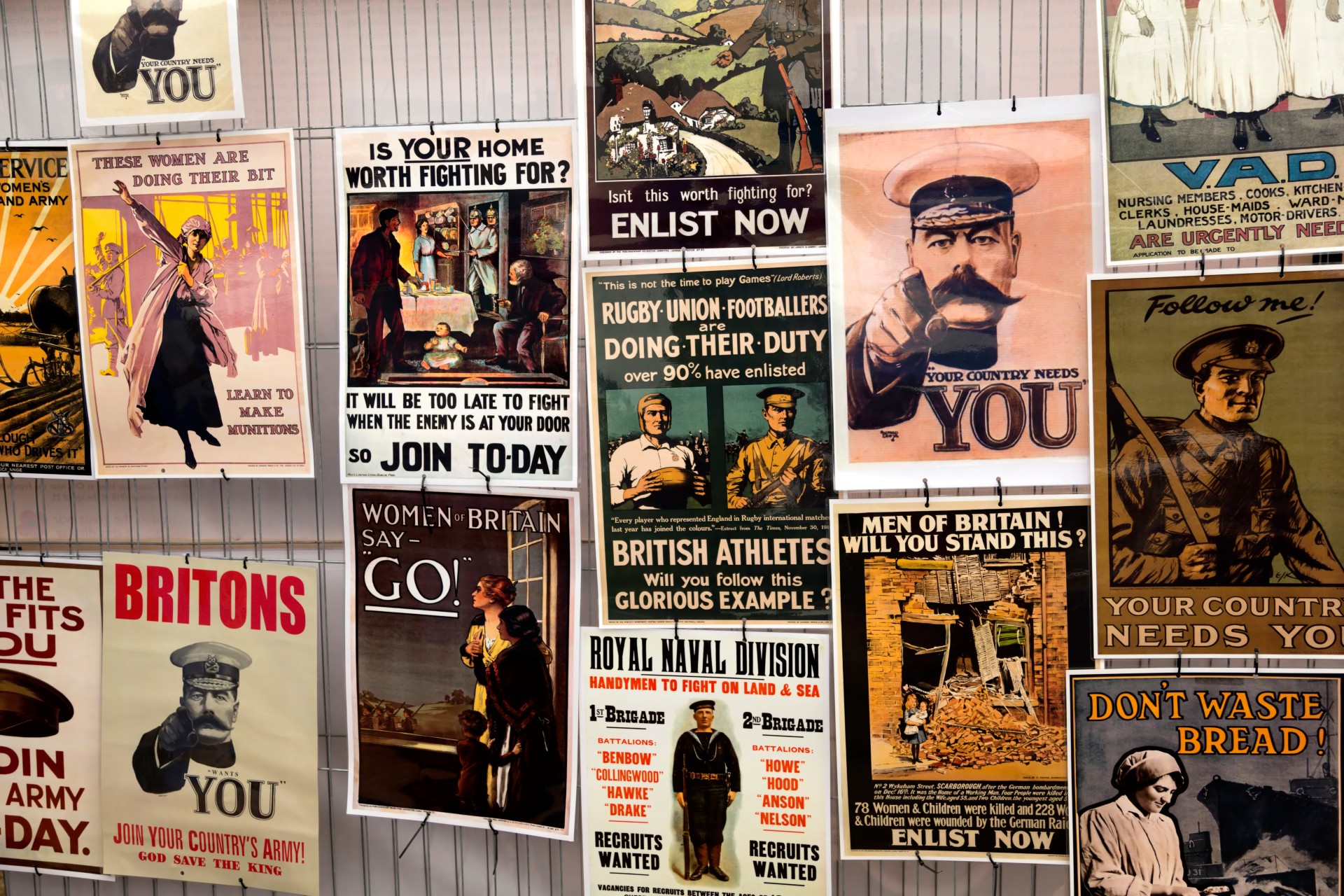 The majority of Nazi propaganda was Anti-Semitic. However, under Goebbels, the Nazi’s minister of propaganda, they ran a large flyer campaign, albeit unsuccessful, to torment allied troops into surrender or desertion by stirring up fear, thoughts of loved ones back home and fuelling rumours that Allied leaders were deceiving them.

Allied and Axis print campaigns led to an extreme psychological warfare troops would not have anticipated: Airborne Leaflet propaganda.

This is an air-raid technique where Flyers are dispersed from above, arriving at the feet of both soldiers and civilians.

Long before the eruption of World War One or Two, Airborne Leaflet propaganda was first seen in 1870. The Franco-Prussian War was the first time this type of propaganda distribution had been deployed. 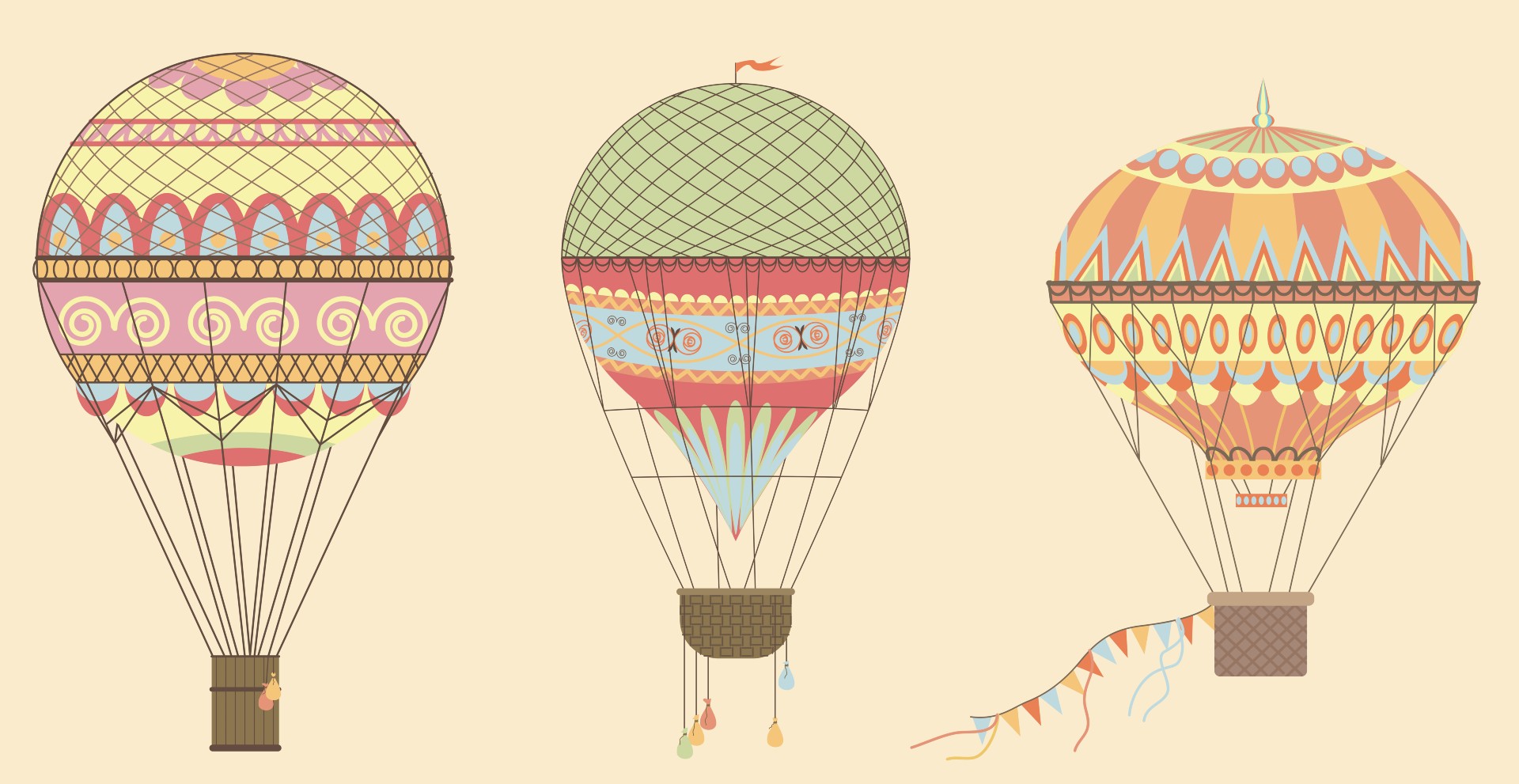 However, without modern speed, hot air balloons provided a slow dispersion method, albeit incredibly innovative for the 19th century.

However, the Germans and Japanese focused many of their Leaflets on romantic nostalgia and sexual jealousy of allied soldiers.

They played on their emotions of missing their sweethearts whilst simultaneously not knowing their partner’s faithfulness in their absence.

Germans knew that American troops swarmed England at the end of the war. They were determined to plant the idea among British troops that British women, both single and married, were falling for their charm. 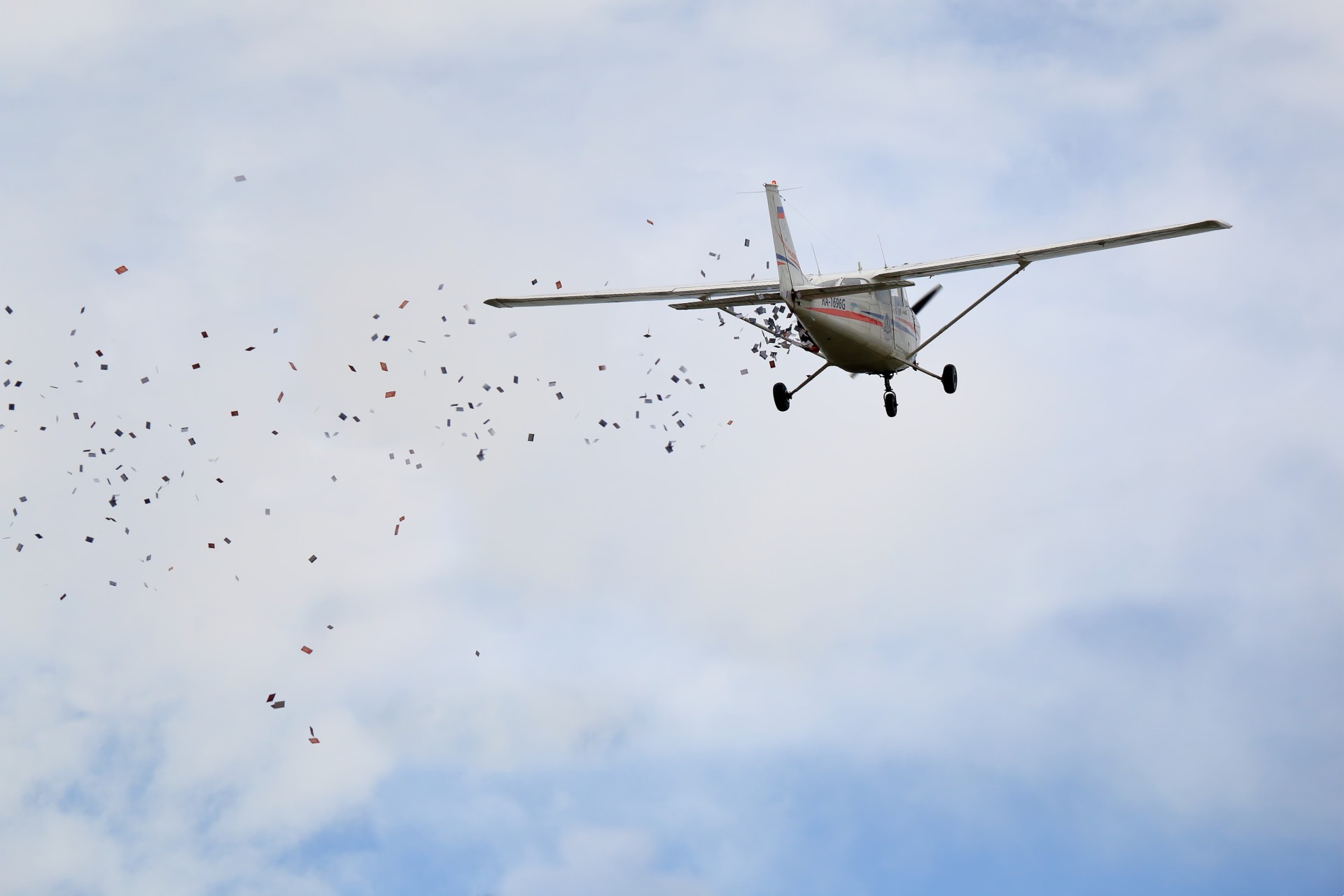 The uncertainty imprinted in their minds by axis powers may have tormented many, but the campaign was comprehensively unsuccessful.

Vietnam and Afghanistan didn’t evade paper bombardment from this psychological weapon, which has declined since the advance of satellites.

From military to marketing 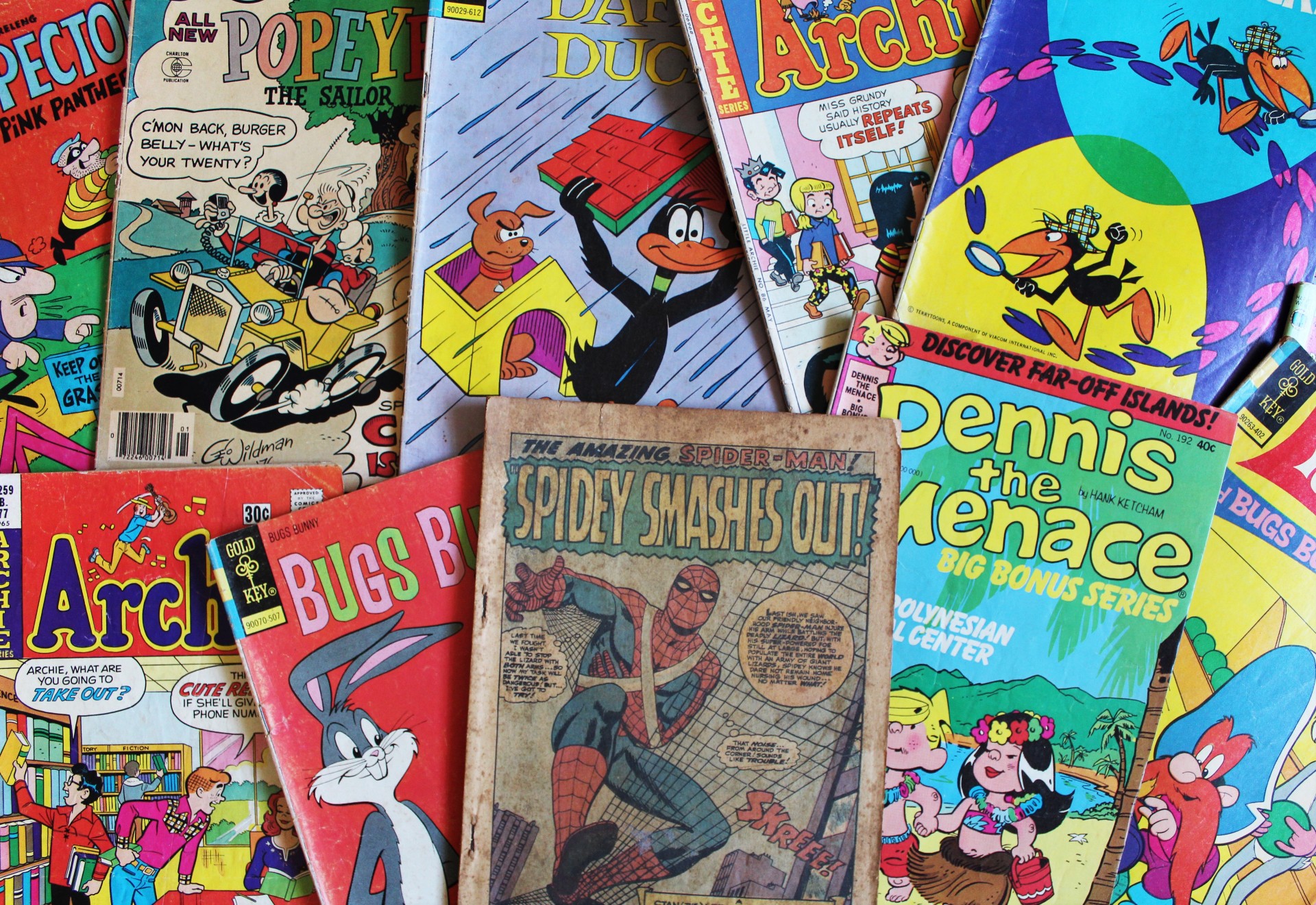 Many of these bright, vibrant designs became synonymous with the hippie generation.

Throughout this time, print was becoming ever more affordable and accessible.

This saw businesses increasingly intertwine print into their marketing strategies unleashing their influence and ingenuity on the public.

With turnaround times and costs associated with print dropping with every passing decade, Flyers and Leaflets have remained an important part of the marketer’s toolbox ever since.

Even in the digital age, Flyers remain at the forefront of our business strategies, advertisements, and doorsteps. 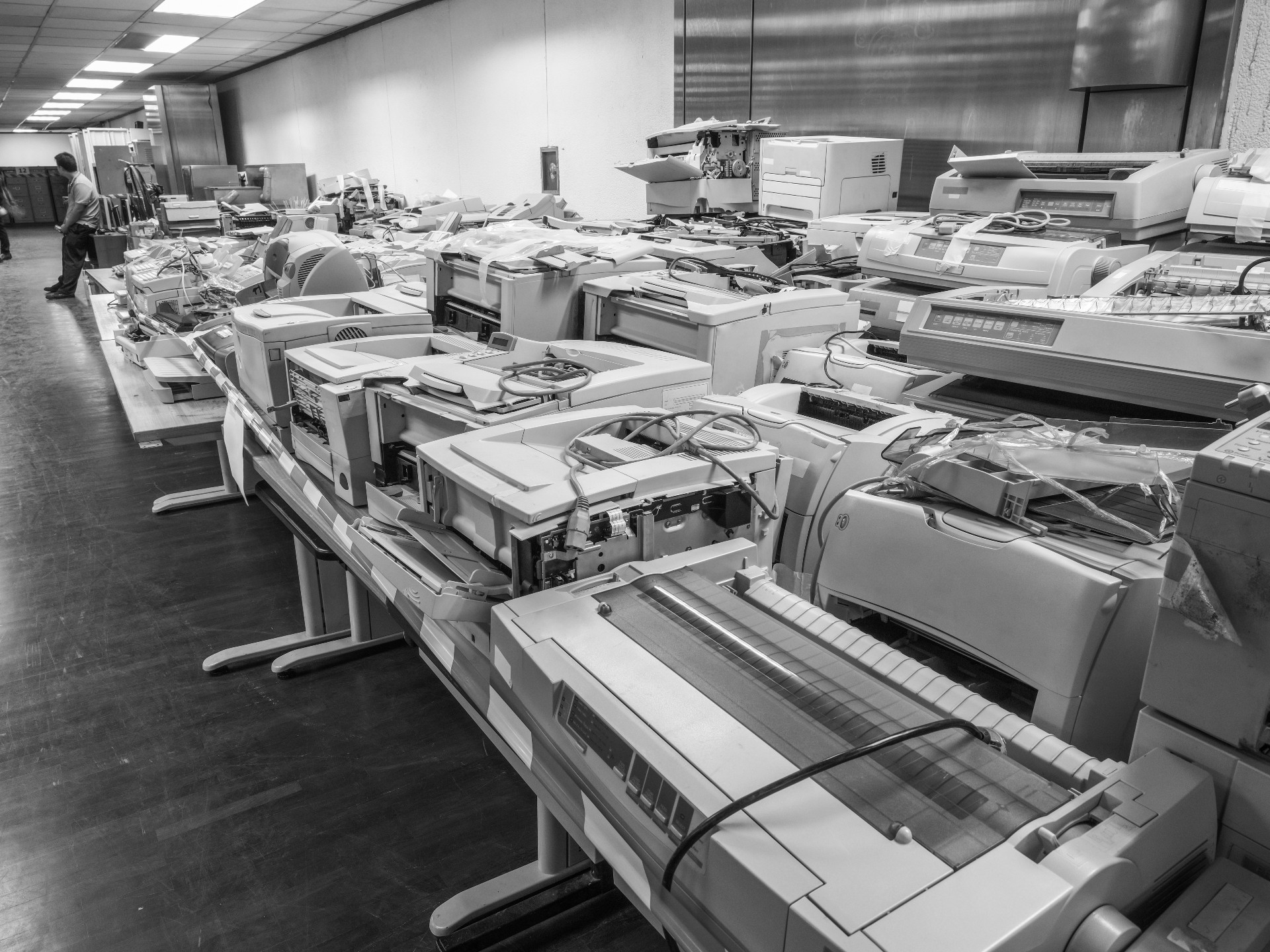 While social media, email and online advertising have positioned themselves as the lifeblood of modern marketing, the demand for printed handouts remains vast.

For businesses with a low budget or local focus, Leaflets offer a bigger bang for your buck than PPC.

An investment of £50 is a drop in the ocean on the internet, but it can buy over 1000 Flyers and can often provide a healthier return on investment.

Through the ages and into the future

Flyers and Leaflets have been a fly on the wall throughout modern history.

Undoubtedly, they have witnessed humanity at its absolute worst. However, they’ve also been crucially involved in humanity at its best, bringing communities together and advancing issues that have changed the course of society.

Having enjoyed a seat at the table throughout modern history, Flyers and Leaflets have transformed modern day communication over the last 600 years.

Far from bleeding out to become a footnote in history, Flyers and Leaflets remain a vital means of putting a message into the hands of an audience.