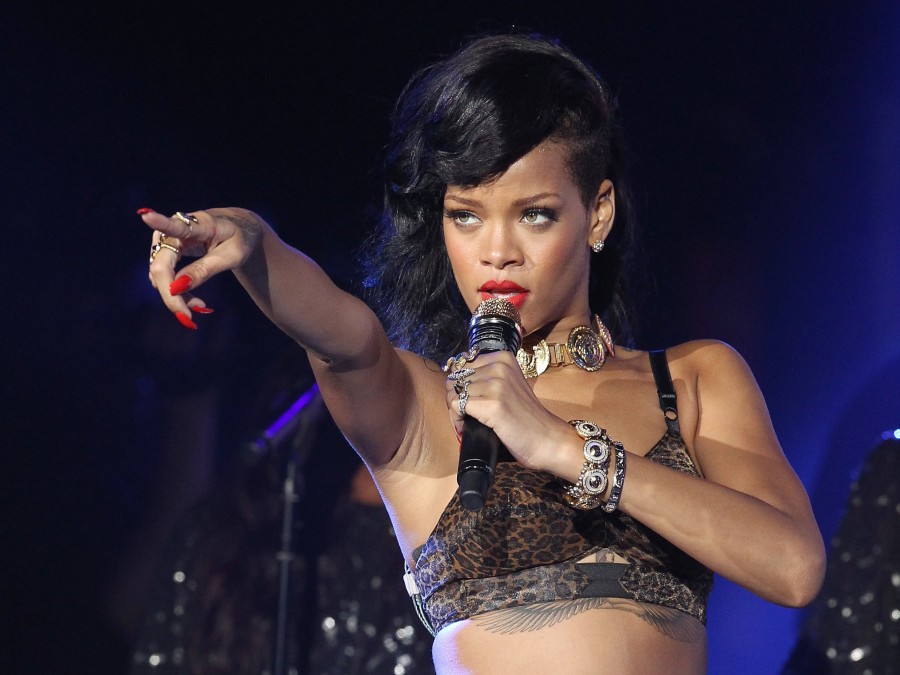 Branded Umbrellas are an indispensable item. They’ll allow you to arrive at your destination with your hairstyle intact, rather than resembling a drowned rat. But the humble brolly has a long history and a cultural significance that belies its simple function.

Initially deployed as Parasols to protect from the sun, Umbrellas have been used for over 4,000 years; originating in ancient civilisations including Egypt, Greece and China. 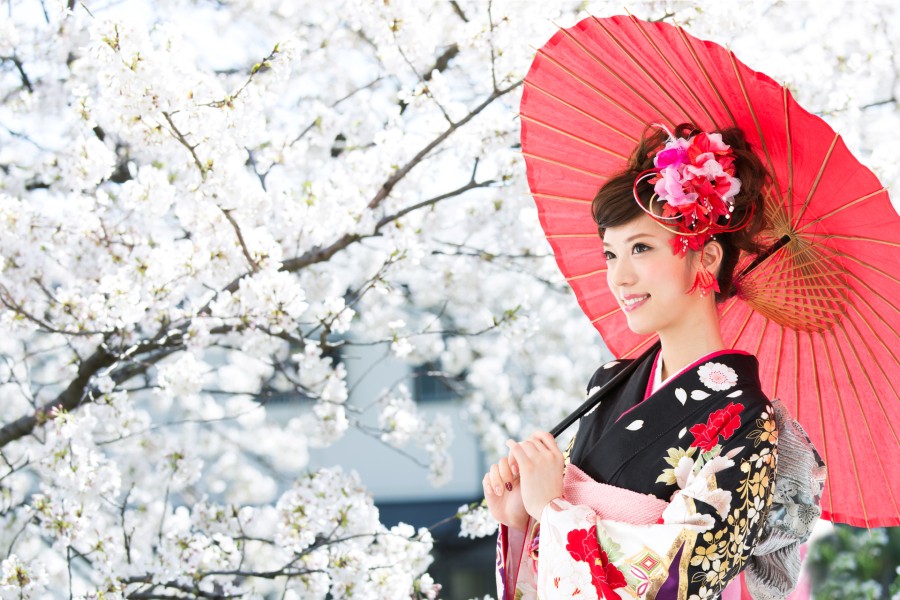 Historically seen as a token of wealth, they’ve evolved into a waterproof item to shield us from the damp and dreary conditions that the British weather treats us to.

Through the years, some brollies have stepped out of the shadows to shine in the spotlight, and many have stood firmly in our memories.

We gathered a selection of notable branded Umbrellas that have earned their claim to fame. 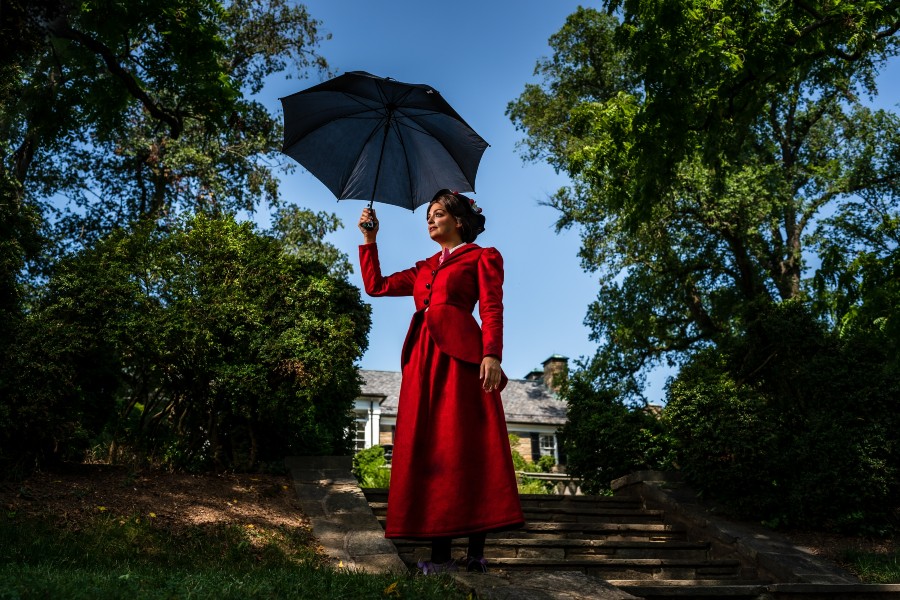 A timeless classic! The iconic silhouette of the mystical nanny and her flying Umbrella has to be one of the most enduring images in the history of family movies.

Originally released in 1934 as a book, this charming tale has been retold numerous times. Most famously as the film that first graced our screens in 1964 starring Julie Andrews as the implacable British nanny.

Adapted into an extremely successful West-end musical in 2004, this versatile tale also spawned a 2018 sequel, ‘Mary Poppins Returns’, as well as ‘Finding Mr Banks,’ the star-studded story of the making of the 1964 film.

Whether you know the words off by heart or can’t quite connect why a nanny in 1960s London would have a flying Umbrella, everyone knows that Mary Poppins has a magical brolly. 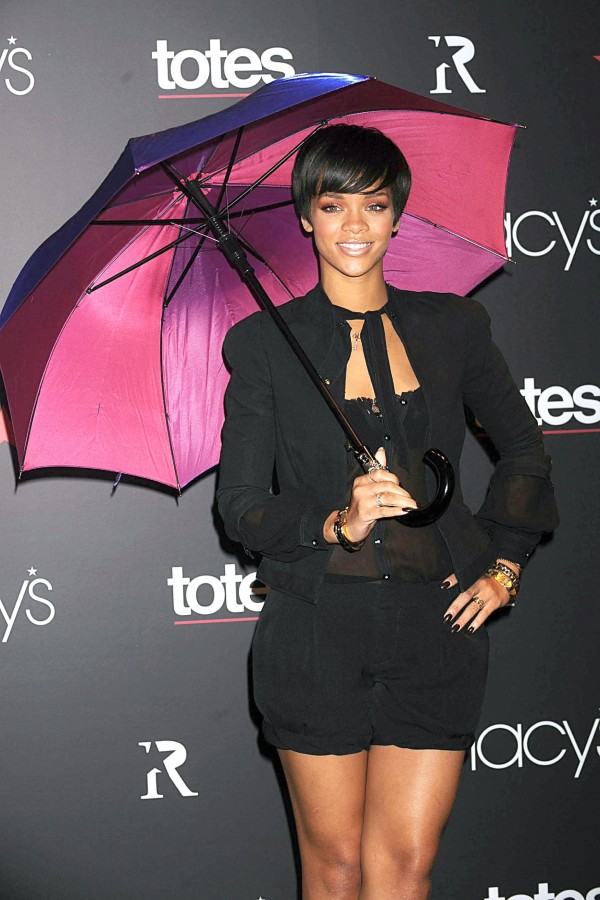 If Rihanna turned to you while it was raining and said ‘You can stand under my Umbrella’ I’m not sure there would be many who’d refuse.

Grossing almost one billion hits on Spotify and 850+ million views on YouTube, ‘Umbrella’ is one of the Barbados-born singer’s most successful songs to date. It features on her third album, 2008’s ‘Good girl gone bad’.

Unfortunately, the English weather can be truly unpredictable. So when the sun shines we don’t expect it to be here forever. But when it’s raining more than ever, that’s when we show that we still have each other.

If you need space to shelter more than one person, look no further than our Golf Umbrella, ella, ella, eh, eh eh! 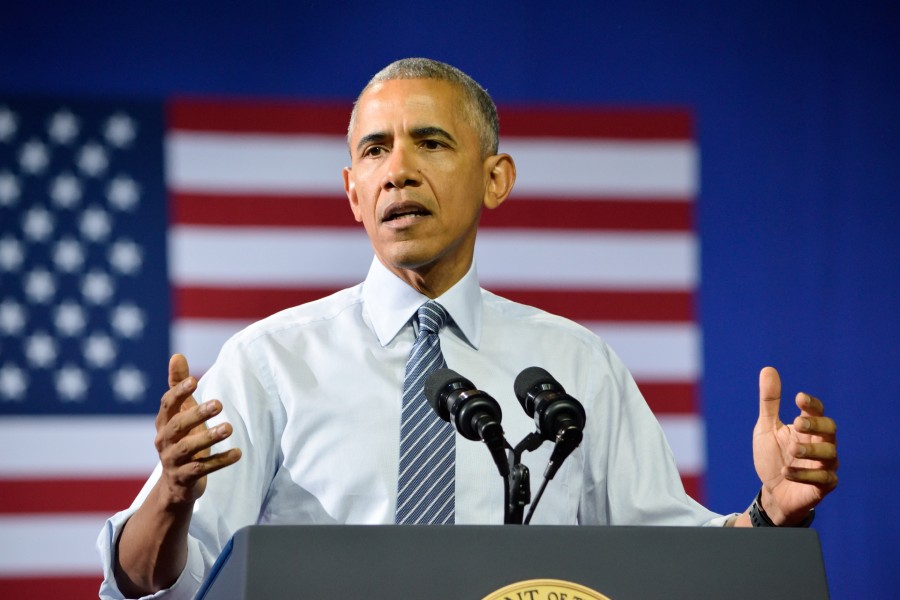 In the land of the free, former President Barack Obama came under scrutiny for being dependent on others to shield him from the rain.

In 2013, when Obama had the audacity to ask a male Marine to hold a brolly for him, it became apparent that he had breached the Marine Umbrella protocol.

What appeared even more surprising than the American Marines having a specific regulation for Umbrellas, was that due to this ruling, only female Marines were permitted to carry and hold Umbrellas.

This bizarre gender-dividing rule left many conservative Americans enraged that their President would disregard this hallowed tradition. Meanwhile, liberals questioned why the rule was in place at all.

Following a 2019 uniform review, however, the prohibition of branded Umbrellas for male marines is now an outdated protocol. They may now carry a plain black Umbrella in wet weather, on the proviso that they hold it in their left hand, keeping the right hand free to salute! 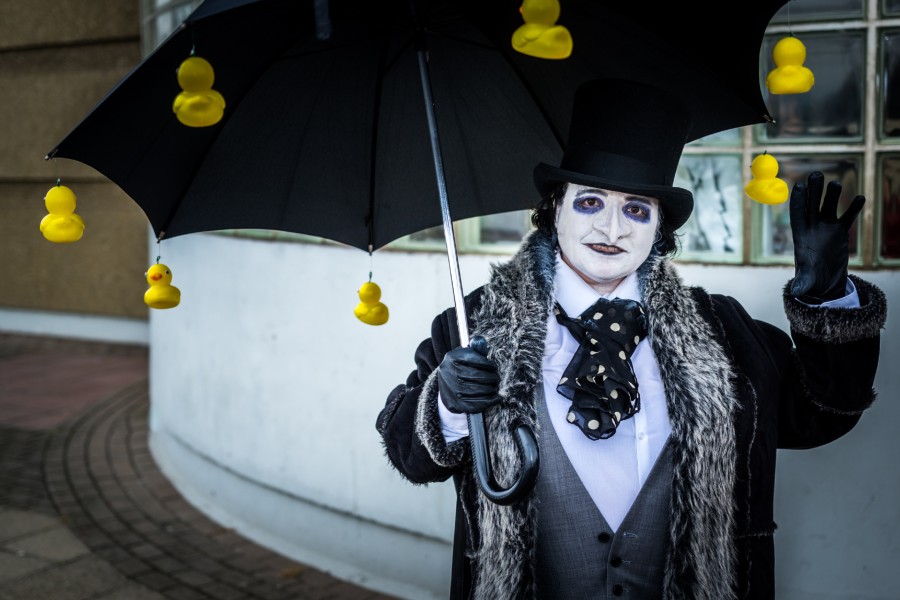 Known as the man of a thousand Umbrellas, the Penguin is a supervillain of Gotham City but he’s more notorious as an enemy of Batman.

This DC villain first appeared in the 1941 Detective Comics. However, his character grew to stardom through the 1992 adaptation, ‘Batman Returns’, where Danny DeVito starred as one of Batman’s oldest foes.

The Penguin is inseparable from his Umbrella which became a powerful device filled with in-built weaponry. These weapons include guns, swords, missiles, laser guns, flame-throwers and acid-spraying devices. He also had separate Umbrellas for transportation which he often used like a helicopter or jet-powered broomstick.

Returning to our screens in 2023 as a TV series, ‘The Penguin’, how will Oswald Cobblepot deploy his Umbrellas next? 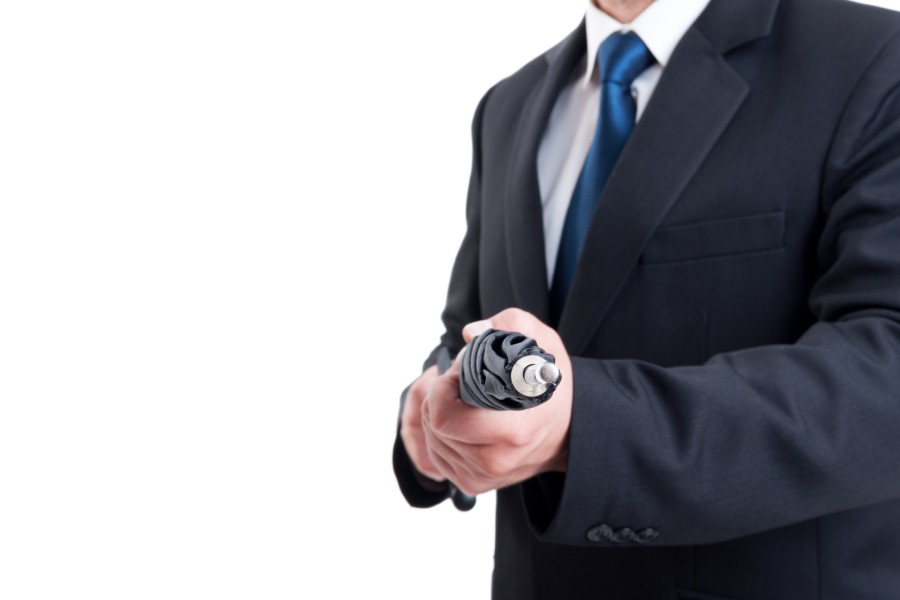 The Kingsman follows the story of an independent international intelligence agency that was founded in 1919 by wealthy British individuals. Their aim is to suppress an enemy trying to cull humanity in an attempt to stop global warming,

Kingsman have access to the most advanced weapons, some that only the wildest dreams could imagine. In one bar fight scene, Harry Hart showcases the group’s special Umbrella…

In the clip, which has over three million views on YouTube, the versatile Umbrella is used as a bullet-proof shield, a baton and as a final act fires a stun gun to finish the fight. Its handle can even be used as a grappling hook rounding it off as the ultimate combat weapon.

More notably, the Kingsman’s branded Umbrellas are distinctly customised with their logo. This reminds us of the importance of memorable branding and a strong logo design.

A real-life Bond story hit the heart of MI6 on London Bridge in 1978, during the Cold War.

Georgi Markov, a 49-year-old Bulgarian dissident, was working for the BBC as a journalist. Disenfranchised by his communist homeland, the famous author and playwright fled Eastern Europe in 1969. He became a vocal activist and an irritant to his native government.

Walking home from work, Markov claimed he was jabbed in the thigh by an Umbrella. He claimed it was held by a suspicious man who instantly fled by taxi. 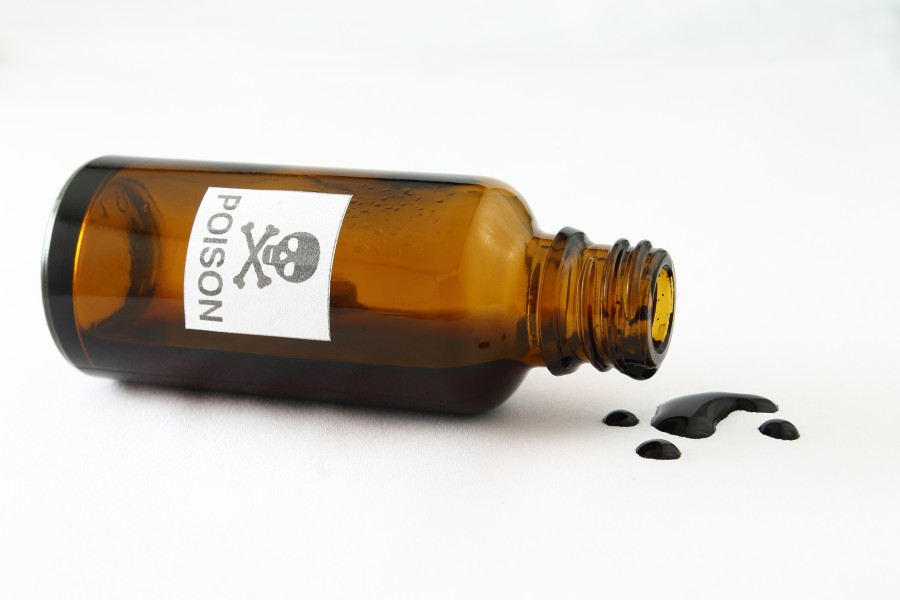 Within four days he was dead. An autopsy revealed a microscopic sphere inside his thigh which was laced with ricin. This notorious poison has long been linked to Russia. Russian secret service, the KGB, was named as the prime suspect in this assassination. This case still remains open to this day.

Suspiciously, when the Eastern Bloc collapsed at the end of the Cold War and Todor Zhivkov’s regime fell in 1989, a stack of ‘special’ Umbrellas were found in the interior ministry. 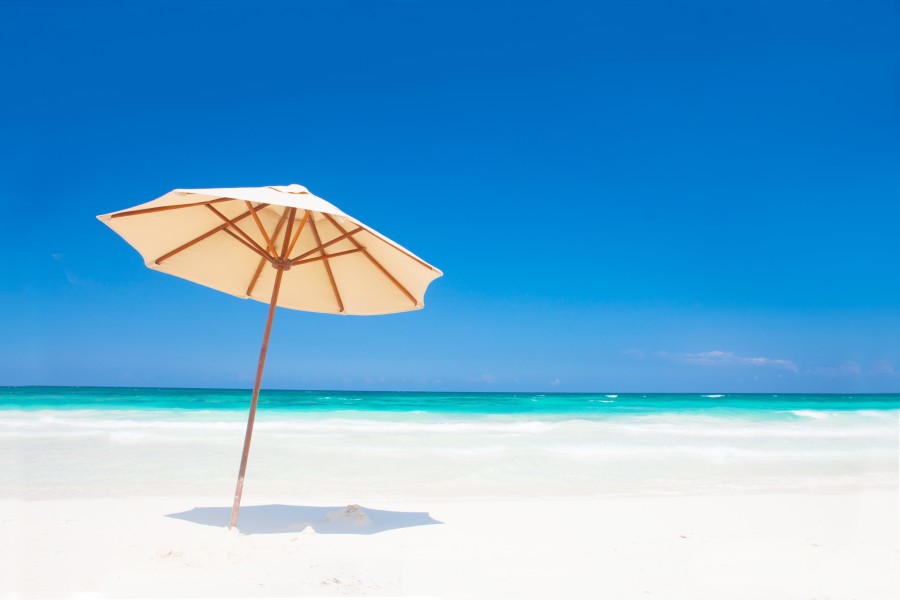 We’ve all been on the beach when gusts are blowing. Surfers might see these as ideal conditions while book readers struggle to turn their page.

However, when the gale becomes dangerous, it can send objects, including flying beach Umbrellas, flailing through the air. It’s no wonder that these heavy-weight items can cause serious injuries, and unfortunately sometimes worse.

According to the U.S. Consumer Product Safety Commission, there were an estimated 2,800 beach Umbrella-related injuries between 2010-18.

Next time the wind picks up while you’re around a flock of Beach Umbrellas, make sure they’re secure!

Our range of branded Umbrellas provide shelter from the rain and wind so your customers can arrive at their destination dry and unruffled. Due to our unpredictable weather, you can be sure that your brollies will get regular use. Equally, customers will be grateful when your brand is there to shield them from the storm.

With an array of sizes, colours and designs, we’ve got you covered!