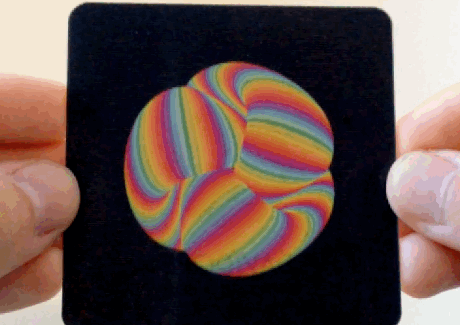 The Kickstarter brainchild of Rachel Binx and Sha Hawng, Gifpop is a new way to take animated GIFs off the computer screen and into the real world. Imagine how amazing your business card would be if it actually looked like it was animated!

This clever pair of GIF lovers have spent the past few months experimenting with lenticular printing, an old school 3D print technology first seen during the 1940s. Now they can print around 10 frames of a GIF animation onto business cards. Larger items such as postcards, wedding invitations and art prints are also possible using the Gifpop technique.

Here’s the quirky “Give the gift of GIF” promo video for Gifpop on Kickstarter: 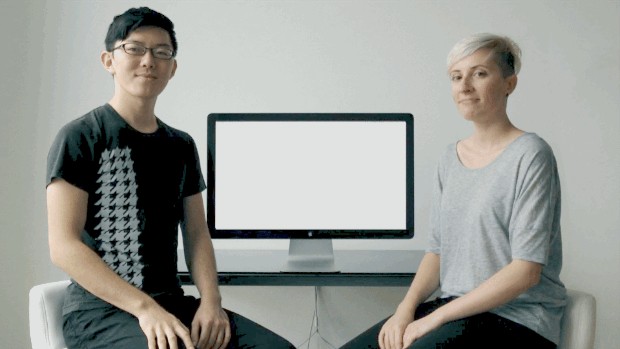 Based in New York, Rachel and Sha originally met when they were working for the Stamen design studio in San Francisco. Sha is a big fan of Kickster and has already backed 25 projects including the San Francisco Contours Poster, iPad PaletteCase and Delorean Hovercraft. Gifpop is the first one he’s personally seeking funding for though.

“We love all the beautiful GIF art that’s being made,” says Rachel and Sha on their Gifpop Kickstarter web page. “We love how they capture small, wonderful, funny, or amazing moments and make them something we can share. GIFs and lenticular printing are two simple, lo-fi technologies that were made for each other.”

You Have My Curiosity

At the time of writing, $29,115 has been raised for the Gifpop project by 836 backers. If a total of $35K is cultivated in the next nine days, Rachel and Sha will be able to offer custom sets of printed business cards and wedding invitation postcards on their new Gifpop website.

Solopress hope they can raise the funds to turn their GIFalicious dream into reality. Maybe Gifpop will need a UK printing or distribution partner in the future? Give us a call, guys!