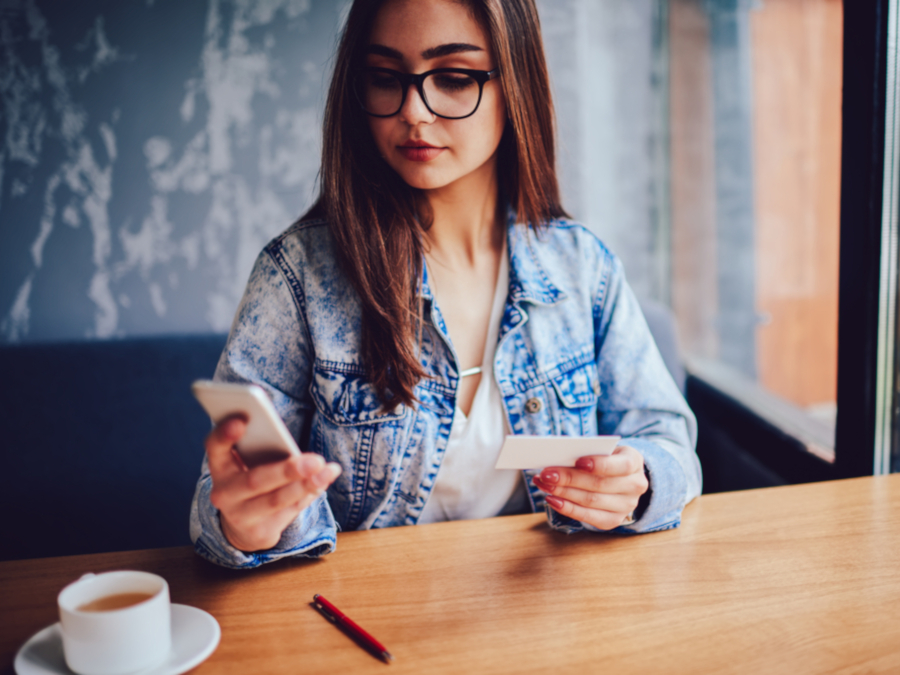 For hundreds of years, business cards have been an integral marketing tool for tradespeople and commerce.

From the earliest origins in ancient China to the beginnings of what could be called recognisable business card design in Victorian times.

We’re tracing the history of the business card and explaining how it rose from humble beginnings to become a staple of companies and professionals worldwide.

When was the business card invented?

The business card has roots dating back as far as 15th century China, according to this article in the Economist.

The ancient Chinese used these primitive cards to let people know they were coming in advance of arriving at their home or place of work. This suggests the earliest business cards were used in the same way we use WhatsApp and Facebook messages today – as courtesy calls ahead of visiting a friend or an acquaintance.

Even today, the card is held with both hands between the thumb and forefinger, and passed to the other person, who receives it in the same fashion.

When did business cards start being widely used?

The arrival of what became known as ‘trade cards’ in 17th century England saw square pieces of paper or card being used to advertise goods or services.

Merchants handed out trade cards, holding information including the business name, services provided and details of the locations – often using a map to display this.

This article in Collectors Weekly details the advances in printing that ushered in ‘a golden age’ in trade cards to advertise everything from long-haul ocean liner travel to sewing kits.

These early versions of business cards shared the same characteristics as those used today, providing essential information to do business.

How has business card etiquette evolved?

Business card etiquette has transformed over centuries. In the 17th century it was part of a formal – almost ceremonial – exchange to announce the arrival of royalty. By the Victorian era it had become a tool of commerce and the embryonic, pre-newsprint advertising industry – powering trade throughout the Industrial Revolution.

The modern business card is distributed anytime, anywhere. They’re frequently handed over before, during or after meetings, at networking events or trade fairs or even simply in a casual setting when it’s relevant and appropriate.

At trade shows and events, business cards are often attached to other printed products such as brochures or leaflets, to create a bundle of promotional material – the ultimate guide to trade shows.

Simon Cooper, Solopress Managing Director, says the exchange of business cards has become a ritual of the business meeting.

“They’re a great point of interaction … a great ice breaker,” he says.

For Simon, the business card sticks in the memory too – being something you can actually hold in an age where most interactions are virtual.

“I will generally remember that I have been handed a card by someone at some point in the past,” he says. “I won’t however remember accepting a LinkedIn connection.”

How have business card designs changed?

Centuries ago, original and classic designs were based around the use of calligraphy – with more ornate versions engraved with gold.

The Victorian age saw advances in printing, with the then-pioneering lithography ushering in the first wave of business card mass-production.

Later in the 20th century and the business card had evolved into the format that we still know today. Contact details, job titles, qualifications – all packaged into a compact piece of card.

Business cards have even played their part in popular culture. There’s a famous scene in the movie American Psycho, where big city bankers exchange cards. The fictional characters of 60s advertising drama Mad Men also got their own business cards, as part of a social media campaign by real life agency McCann.

With ever-increasing competition, the need to stand out from the crowd has seen the rise of more unusual designs.

Some businesses have moved away from the standard rectangular card and are using interesting shapes, or eye-catching colourful styles. Imagery has become more commonplace and graphics are used to great effect.

With more creative freedom, business cards are being used to showcase the brand – as a shop window for design as well as the passing on of information.

Simon explains: “They have the ability to convey a lot about your business and what it stands for. So, they act as a mini demonstration or presentation of what your brand is all about.”

Refresh your stock by printing a new set of business cards with Solopress. Design your own artwork or use our in-house designers to create the perfect card for you.