Club Posters are frequently the most creative and imaginative poster designs seen by the general public. With such fierce competition among the night clubs, they need to be. Even in the age of social media, an eye-catching poster design, placed in all the right locations, is still the best way to get those party people through your club’s doors, into the bars and onto the dancefloor.

Mansion Nightclub, formerly known as Storm, are celebrating their 1st anniversary this weekend. Over the past 12 months, this ultra-cool Southend club has played host to some of the world’s finest DJs – including Roger Sanchez, Pete Tong and Mark Knight – along with raw, up-and-coming talent. Mansion have totally smashed it with their club posters too. Here are just a few examples of their creative design work… along with some handy poster tips from Solopress.

Solopress.com printed these 130gsm Gloss A3 Posters for Mansion Nightclub 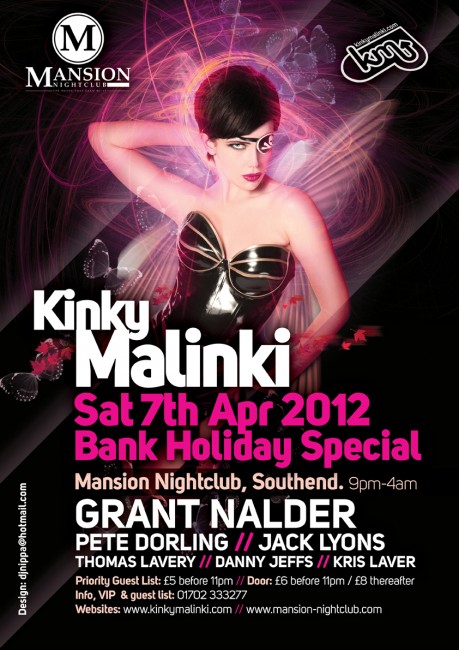 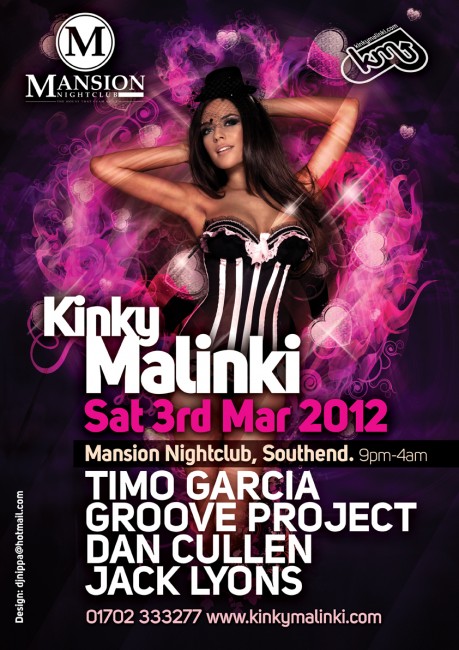 These Kinky Malinki A3 posters were designed by djnippa for Mansion Nightclub. They immediately convey a funky house vibe. 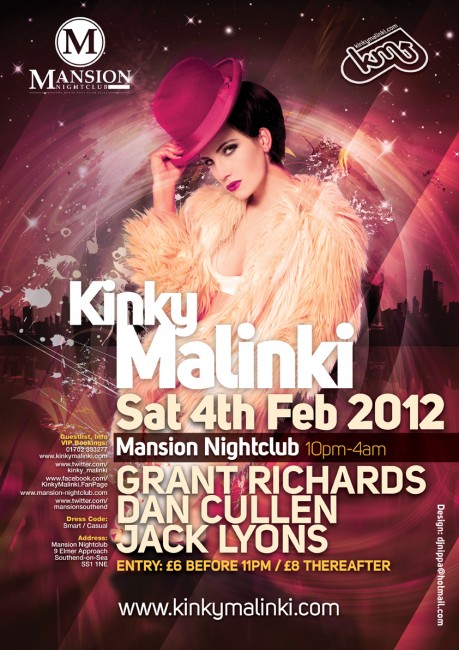 Mansion Nightclub certainly provided more than enough online options for their punters with last month’s Kinky Malinki poster. This club poster features links for the official Kinky Malinki website, Twitter feed and Facebook fan page – along with Mansion’s own web and Twitter sites. In fact, perhaps they’ve included a few too many links? 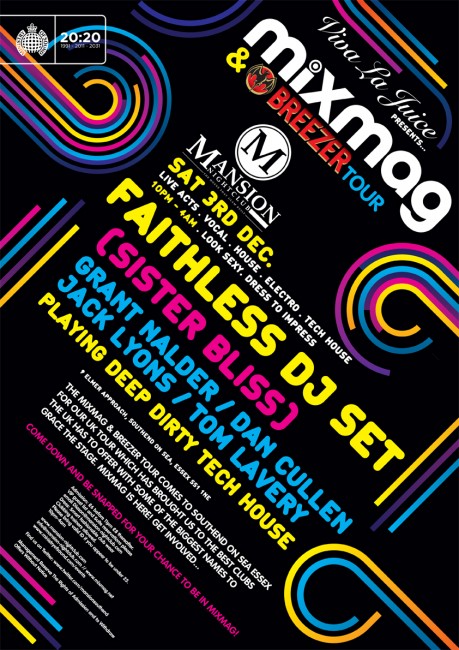 With the Faithless DJ Set, Sister Bliss and club’s resident DJs playing deep dirty tech house, Mansion Nightclub was already onto a winner when the Mixmag & Breezer Tour hit Southend in December. Not so good for any Dorian Gray’s out there in clubland though, as you had to bring a valid ID to this extravaganza if you appeared to be aged under 25! 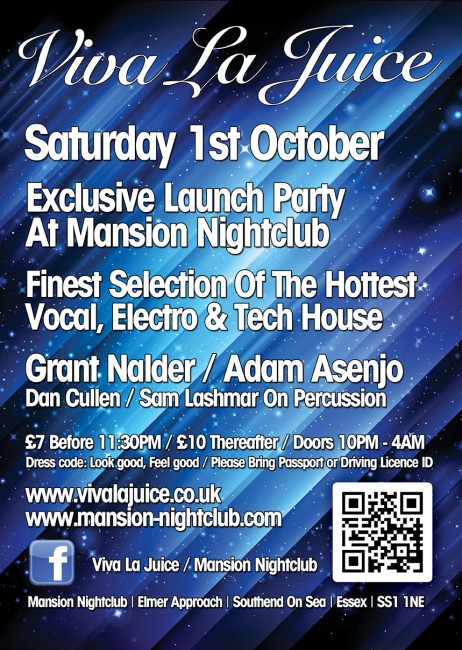 As seen in this Mansion Nightclub poster for their Viva La Juice launch party, we’d recommend featuring just a Facebook page name and/or website address, as clubbers will soon find all your other cool places to visit online from either of these two primary links. Unlike a flyer or leaflet that people will keep at home to remind themselves about your upcoming event, passers-by will probably just type the link mentioned on your club poster into their mobile phone to check out later. Talking of mobiles, you could also add a QR code (Quick Response) to your poster – like the one shown here in the bottom right-hand corner. These little square barcodes can be read by the cameras and apps found on smart phones – and will automatically re-direct the phone’s web browser to anywhere online that you’d like a person to visit.

Solopress provide a wide range of high-quality poster printing, including environmentally-friendly options using 100% recycled paper, all printed and delivered within 24 hours of us receiving your print-ready artwork. Got a brilliant idea for a poster but don’t have the artistic skillz to fully do it justice? Our in-house design studio can quickly create an amazing poster for you. Just give Solopress a call on 01702 460047 and we’ll be happy to help you with all your printing and design needs.