Forget about golden balls and golden boots, the World Cup is a golden opportunity for your business to make money this summer…

The World Cup isn’t just about football, it’s now the world’s biggest platform to promote a business. That’s why global brands like Adidas, Budweiser, Coca-Cola, Nike, McDonald’s and Electronic Arts pay the big bucks to be an official FIFA partner, sponsor or supporter.

But even small businesses can benefit from the media hype and national ‘feel good’ vibe of a successful World Cup tournament. Just remember these three golden rules: 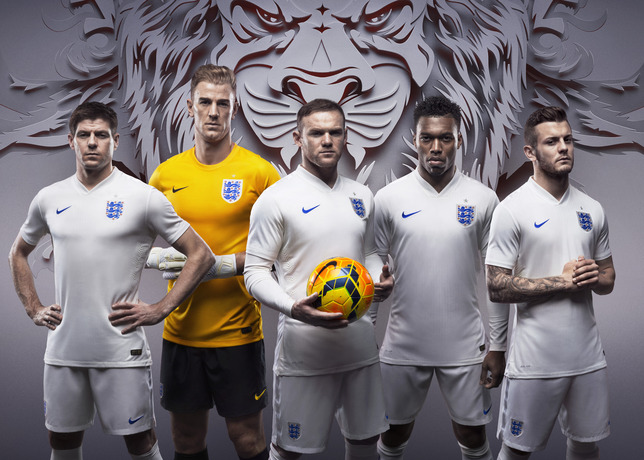 Ways For Your Business To Make Money During The World Cup

1. Buy one get one free (BOGOF) deals, limited discounts, free delivery and other special offers can all be timed to coincide with the entire duration of the World Cup – or only for specific match fixtures. This summer’s FIFA World Cup 2014 in Brazil runs between 12th June to 13th July. For example, you could slash 10% off everything coloured red and white for the month if your bricks or clicks store is based in England. Or maybe run a quick 25% discount sale for just a few hours following an English team win.

2. This year, businesses based in Northern Ireland, Scotland and Wales can capitalise on their country’s less-than-supportive feelings for England’s football players and fans by running theme nights or events based around the teams playing against England during the World Cup. That’s Italy (Saturday 14th June), Uruguay (Thursday 19th June) and Costa Rica (Tuesday 24th June) up next – in case you were wondering.

3. As well as showing all the games on the big screen, pubs can offer a free hot dog at half time during the England matches. Add some hot mustard or chilli sauce to these babies and there will soon be plenty of thirsty punters queuing up at the bar.

4. Face painting or body painting is a particularly good service to provide if your business is located in a large, multiculturally diverse city like London or Manchester. Football fans from around the world will be keen to show off their national flags and team colours on match day. This also appeals to kids – and never underestimate the results that can be had from harnessing their pester power. Like many of the ideas and tips featured here, face painting can alternatively be used as a freebie to entice people through your doors.

5. As shown below, restaurants and takeaways can create new dishes based on each team’s national flag. These can either be eaten, or used as a way to attract new customers in by designing an eye-catching, mouth-watering window display or blog post on their website. 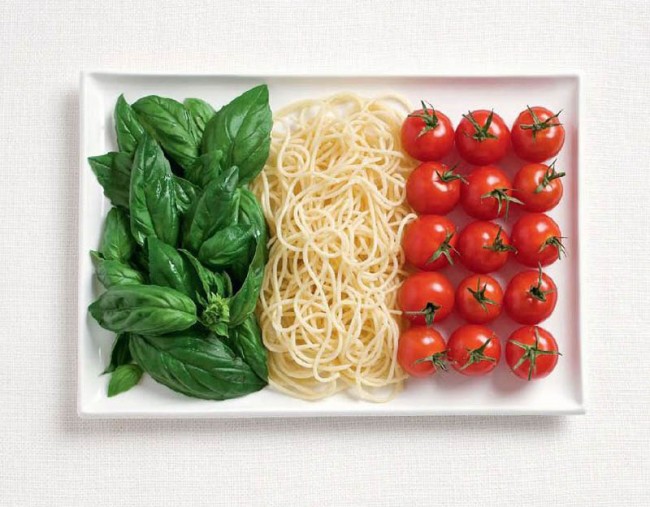 6. T-shirt designers, gift shops and lots of other businesses can quickly profit from any quirky events, crazes or phrases that happen at a World Cup. Remember those noisy Vuvuzela plastic horns during the South African World Cup in 2010? Nobody predicted the big impact these Vuvuzelas would have on the whole tournament prior to the first match being played in Johannesburg.

7. The great thing about this World Cup is that your business can also tap into the exciting Latin culture, music and cuisine of Brazil. Better still, ideas and promotional materials that are not used now can always be saved for later use during the Rio Summer Olympics in 2016.

Greengrocers can try selling commonplace Brazilian fruits like mango, papaya, guava, passion fruit and pineapple in specially-themed World Cup presentation displays. Or run daily specials on the favourite fruit and veg eaten by each nation playing a game that particular afternoon or evening. Why not make up some alcoholic and non-alcoholic cocktail recipes using the aforementioned fruits as ingredients, give the cocktails footballing or Brazilian inspired names, and print these on leaflets to hand out to customers and passers-by?

8. Street entertainers like acrobats, magicians, dancers, musicians and clowns can incorporate a footballing or Brazilian segment into their act during the World Cup.

9. If a hairdresser or tattooist can persuade a friend or relative to get a World Cup haircut or tattoo done at their business, they can use this as a publicity stunt to obtain some free editorial coverage in local newspapers, radio, TV news and blogs. And who knows, perhaps a few football crazy customers will be willing to actually pay for this kind of fashion statement too!

10. Hopefully some of the ideas listed here will get you thinking about what your own small business or SME could be doing to take advantage of the World Cup’s numerous promotional opportunities. It could be as simple a gesture as showing your support for the England squad by giving your website or social media pages a red and white makeover – with a ‘Go England’ message and a link to your especially themed World Cup products or services. 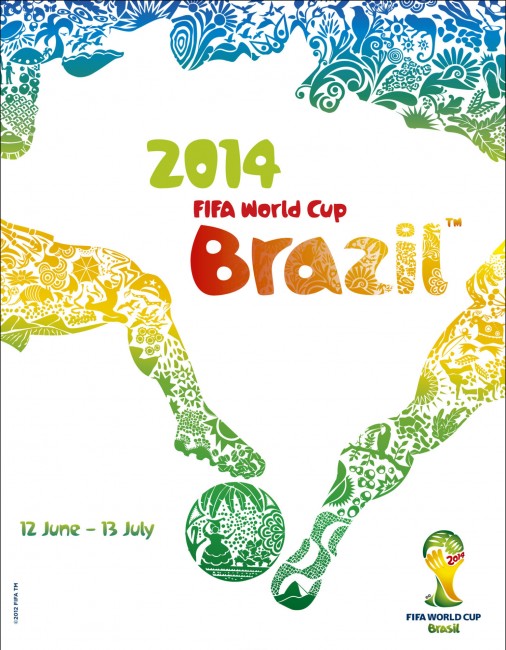 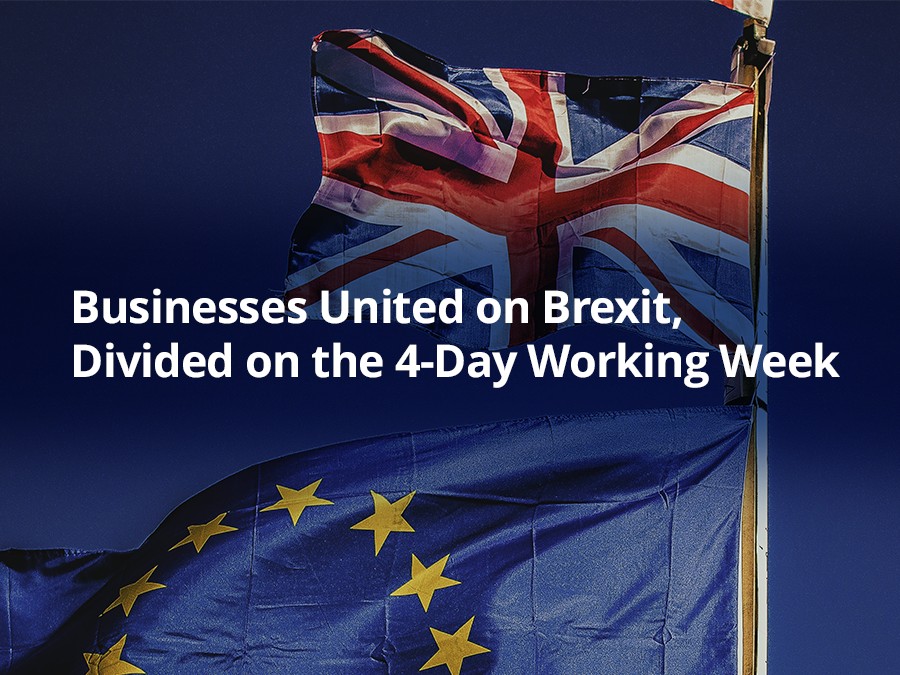 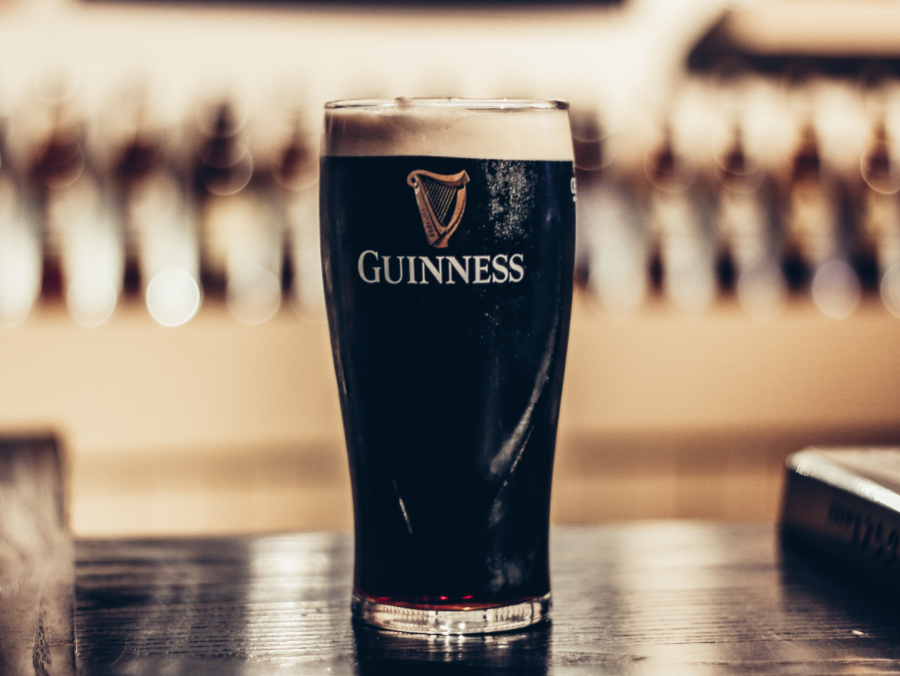