Home Print Inspiration 5 things you should know about green screens 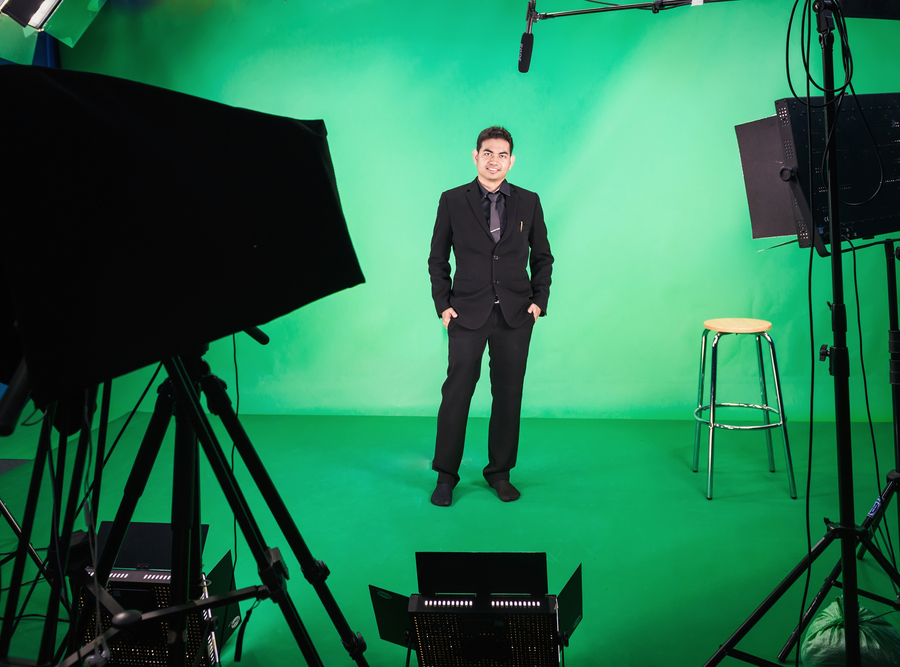 Here at Solopress, we have recently introduced a brand-new range of chroma key green screens into our ever-expanding selection of products. Using our high-quality roller banner printing capabilities, we have been able to produce a low-cost green screen that will be a great solution for first-timers and experienced users alike.

Now that we’re now able to offer this product, we thought this was as good a time as any to educate ourselves about green screens, and the chroma key technique that is used to make the magic happen. Take a read of our top 5 things you should know about green screens and immerse yourself in this increasingly-popular trend.

1. How does a green screen work?

Green screens work thanks to a process called chroma key compositing, or simply chroma keying. The process involves isolating a specific colour which can then be turned transparent.

In this instance, the green screen background is isolated using special effects in editing software, allowing the editor to remove the green colour completely. This means that the now transparent area can be replaced by any footage or image that is required.

2. Why are green screens green?

Even though similar techniques were being used as far back as the late 19th century, the colour green only really became popular for this usage in the 1970’s. The process can take place using any colour background, as long as it is significantly different from everything else placed in front of it.

Blue screens were initially used beginning in the 1930’s due to their contrast with human skin tones, but they were phased out due to the popularity of blue clothing being worn. The change to green kept this distinction from the skin but was also far less popular in the wardrobe department.

Whether using a green or blue screen, the chroma key effects are equally successful.

There are many important things to consider before using a green screen in order to achieve optimum results for images or videos. These include: 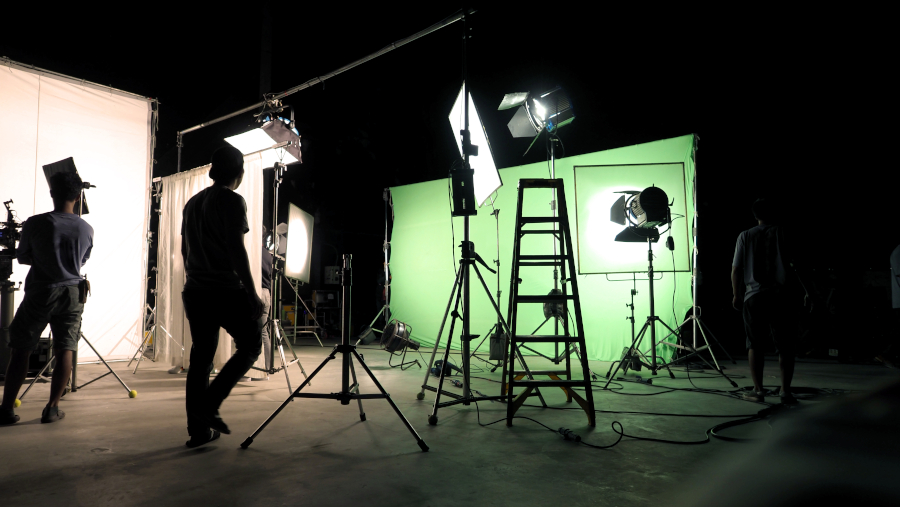 4. Which green screen software is available?

The editing software that you choose will depend on whether you are working on moving or static image. Below we have listed some of the most popular, along with a link to a useful YouTube video on how to use the green screen functionality on each:

5. What can green screens be used for?

Green screens have a number of uses, from the fairly mundane to the spectacular. Their role in the world of film is most widely-known and celebrated. The two most successful box office films of all time both leaned heavily on the power of chroma keying, namely Avengers: Endgame in 2019 and Avatar in 2009.

Slightly less exciting than using green screens to collect Infinity Stones is the way in which TV weather forecasters use this technique to tell us whether we’ll need our umbrella or sun cream the following day. They expertly interact with their virtual background to demonstrate the direction of different weather patterns over a map of the UK.

The surge in green screen usage has not come from the glamourous worlds of film and television however. Instead, it has been from thousands of people in their own homes including:

All of these people can achieve excellent results by using these simple yet effective green screen effects.

Want to give it a try?

If you feel ready to give chroma keying a go, our new green screens are an excellent option. Their low price point means that they are perfect for people who want to try using this technology without investing too heavily.

We offer a choice of three widths ranging from 1m to 1.5m, all of which retract back into their sturdy base. Every green screen also comes with a free carry case for it to be stored in or to make moving locations convenient.

You can check out our product here: https://www.solopress.com/roller-banners/chroma-key-green-screens/ 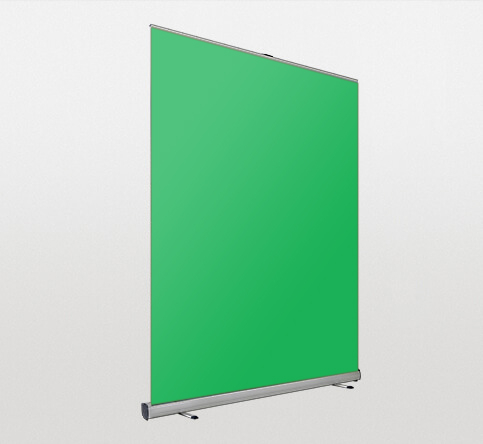