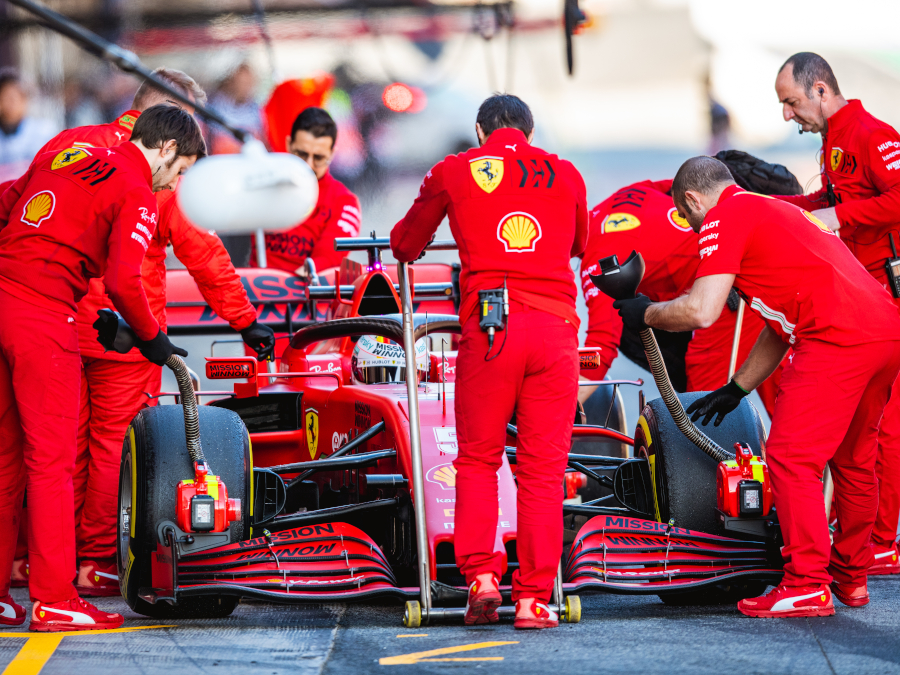 The 2020 Formula 1 season gets underway in Austria on in early-July, although to say that the circumstances were a little unusual is an understatement.

There has been little change on the track, with 18 of the 20 drivers being retained from the previous campaign – the only new faces being Nicholas Latifi at Williams and Esteban Ocon who returns at Renault.

However, off the track, things could not have been more different to the normal season curtain-raiser that we have come to expect.

COVID-19 caused the original opening race in Australia to be cancelled back in March, and it is still having an impact nearly four months on.

All scheduled races will be behind closed doors with no spectators in attendance. Over 4,000 tests have been carried out ahead of the first race, all of which have been negative. Social distancing is also being practised and hand sanitiser stations can be seen throughout the pit and paddock areas.

However, one change that has been the most noticeable are the face masks that the drivers, pit crews and team principals have been wearing throughout the weekend. While some teams including Alpha Tauri and Haas have opted to keep their masks simple, others have decided to keep things on-brand with some extremely stylish results.

The mask itself is simple, plain red with a hashtag of #essereFerrari which translate as ‘we are Ferrari’. It may not win any design awards on its own, but when you combine it with the iconic red that adorns the Ferrari car and uniforms, it looks superb. It fits perfectly with the most recognisable brand in motorsports and its minimalist approach is a winner.

Our #AustrianGP through the lens 📸

The Woking-based team will be hoping for a good season on the track, and if they achieve the same results as they have with their face masks, they could do very well indeed! This is another design that is in line with the team’s colour scheme – this time a striking orange.

However, McLaren have decided to include the ‘We Race As One’ wording on the left cheek, promoting F1’s initiative of the same name ‘aimed at tackling the biggest issues facing the sport and global communities – the fight against COVID-19 and the condemnation of racism and inequality.’

At first, it may seem that Mercedes haven’t made much of an effort with their face masks, seeing as though they are plain black with no design elements. However, this is a very deliberate decision following their switch from their traditional silver to a black livery for this season in support of the Black Lives Matter movement.

This statement should get plenty of air time over the course of the season considering how dominant Lewis Hamilton and Valteri Bottas look set to be.

Either Racing Point’s supply of masks were delayed for the Austrian GP, or maybe they got a little bit jealous! After using unbranded masks for the first race, a week later at the same track for the Styrian GP, the team were sporting these fetching blue face coverings with the team branding on the right cheek.

🚩Bad luck with a red flag and a case of what might have been for @SChecoPerez in qualifying#AustrianGP #F1 pic.twitter.com/ILOEuZxcqa

The Red Bull design team have shown some optimism with their design, including the chequered flag that Alex Albon or more likely Max Verstappen will be hoping waves them over the line in first place on Sunday’s Grand Prix. It also includes the words ‘Stay Safe’ on the right cheek.

Show your support for #MV33 and #AA23 today and keep the virtual fan stand lit during the race! 💪🔥 #AustrianGP 🇦🇹 #F1 pic.twitter.com/6BdyS4ZMcy

Renault were the first team to release an officially branded F1 face mask which could be purchased back in June. With the Renault logo accompanying text reading ‘Renault DP World F1 Team’, the mask looks good enough. It is a shame however that it hasn’t been used by any of the team on Friday or Saturday, something that will hopefully change on race day.

To help keep you safe, fabric masks in our team colours are now available for pre-order in our online store with profits going to charities fighting Covid-19.

More info and pre-order at https://t.co/AOviUFB0na

Once a dominant force in F1, these days Williams are more familiar with the wrong end of the constructor’s table. However, they have created a good-looking logo which they have included centrally on their masks, making these a solid offering. Unfortunately, no points are on offer for face mask design, which may well have been their best hope of picking some up this season.

After featuring six teams, we’re going to finish our review with a driver. While the Alfa Romeo team all seem to be wearing unbranded masks, Italian driver Antonio Giovinazzi has been seen sporting his own mask with an AG99 logo on the left cheek. Formula 1 face masks are a great opportunity for branding, and it seems that this also includes personal branding as well.