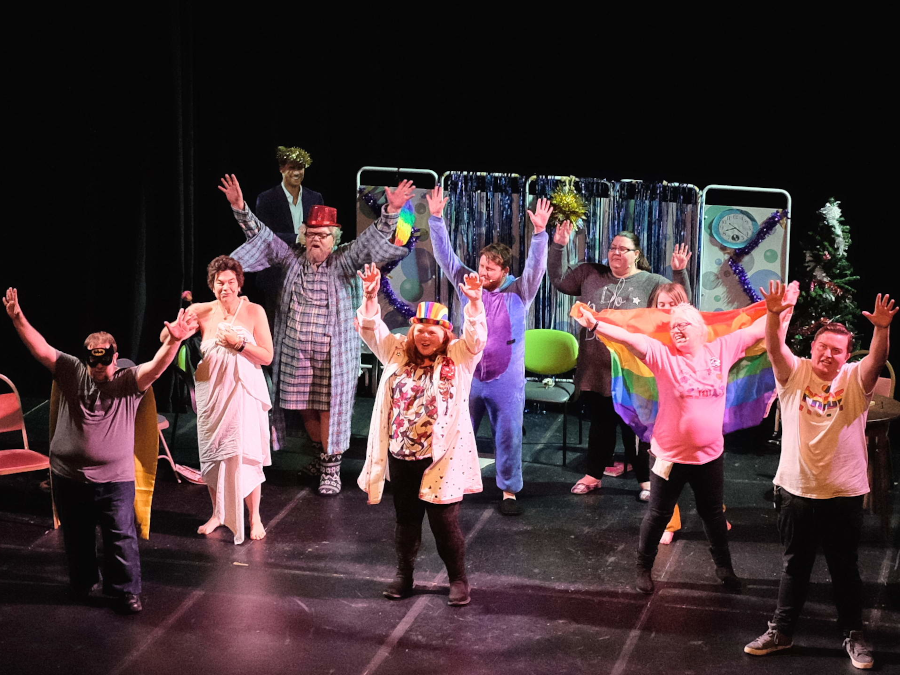 Back in October, Solopress launched The Charity Print Prize Draw. Registered UK Charities were invited to enter a competition to win free printing on 500 Calendars and 5,000 Christmas Cards.

After a fantastic response, the draw took place, and it was an organisation known as the Stepping Stone Theatre For Mental Health that had the luck of the draw. However, it turned out we were the lucky ones when we got the opportunity to get to know Bill Rodgers from Stepping Stone and learn all about his inspiring group of performers and service users.

The Stepping Stone Theatre for Mental Health started life seven years ago and celebrates six years as a registered charity in June. It was founded by Bill and his partner Kate Hull-Rodgers after they spotted what Bill describes as a “gap in the market” in terms of mental health provision in their hometown of Gainsborough, Lincolnshire.

Bill had spent many years acting, directing, and writing for the theatre, while Kate is a renowned actor, writer, and performer who’s also an internationally recognised speaker on bipolar disorder. Kate’s personal history as a sufferer has given her a wealth of experience around issues such as hospitalisation and medication, which she’s able to bring to her work with the group. 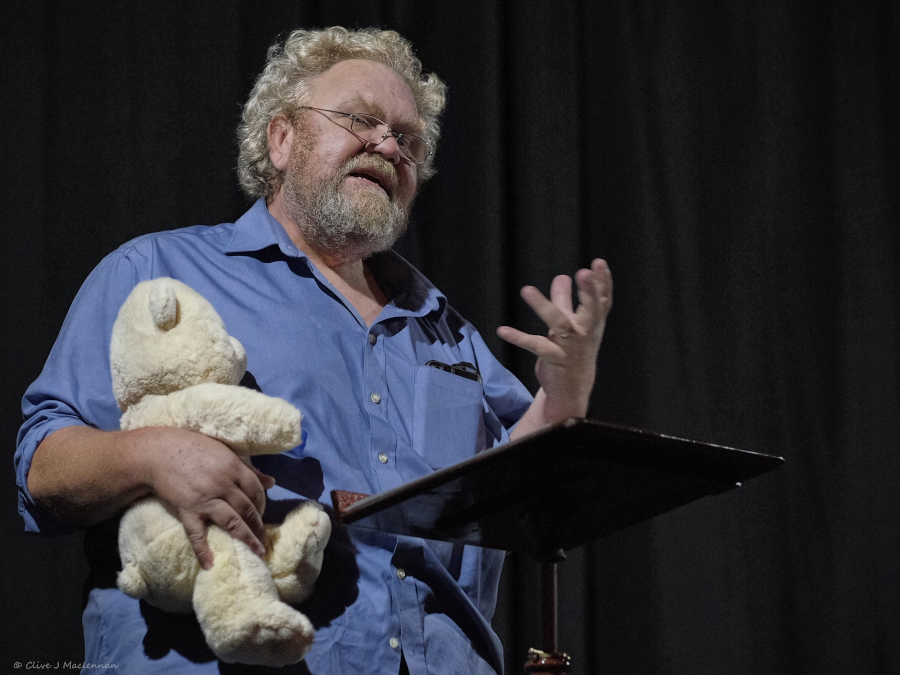 Together, The Stepping Stone Theatre has produced six major productions that have never failed to earn a standing ovation from their audience. The shows tackle big topics like depression, suicide, grief, and homophobia. While they’re emotional to watch, they’re always a joyful experience and there’s always a good dose of humour in the mix. Characters will often break away from the action to address the audience directly. These heartfelt monologues help to explain how mental health struggles are affecting the character’s feelings and behaviour.

One recent piece called Round The Bend takes place over two acts set 200 years apart: the first part in a 19th-century lunatic asylum and the second part at a 21st century hen party. This innovative format allowed the group to examine historical perceptions of mental health, as well as modern attitudes, as explored in a monologue on anxiety written by Kate.

In addition to these landmark productions, Stepping Stone offers a number of other activities that help to support service users and create a community around the group. In addition to regular workshops, there’s Drama Drop-In on Tuesdays and a walking group, The Stepping Stone Strollers, that heads out every Sunday. 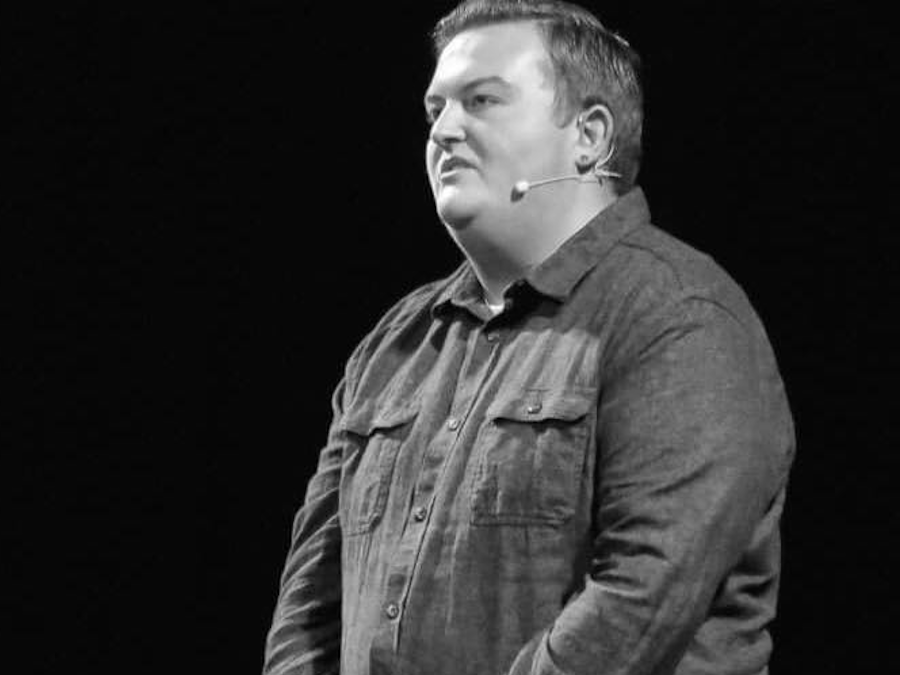 Central to Stepping Stone’s ethos is the idea of ‘Testimony’. The group exists to give a voice to people struggling with mental health, to give them an opportunity to tell their story, and perhaps most importantly, to listen. That could be after rehearsal over tea and cake, during a countryside stroll, or on stage in front of an audience of hundreds. This empowering approach is hugely appreciated by service users and significantly boosts their confidence and wellbeing.

The arrival of the Coronavirus pandemic was a blow to the group. Their theatre and rehearsal space were both temporarily forced to close their doors. While the Stepping Stone Strollers were able to continue their Sunday walks in a socially-distanced manner when restrictions permitted, the group lost vital opportunities to connect with one another as they had before. They were also forced to postpone their latest show, ‘Have You Heard The One?’

Initially, Kate took to supporting members by contacting them individually by phone for a one-to-one session. That was until Bill and Kate’s tech-savvy son introduced them to the worlds of online conferencing and podcasting. With a hastily assembled kit of borrowed equipment and software, they quickly established two, weekly podcasts, broadcasting from their garden shed. 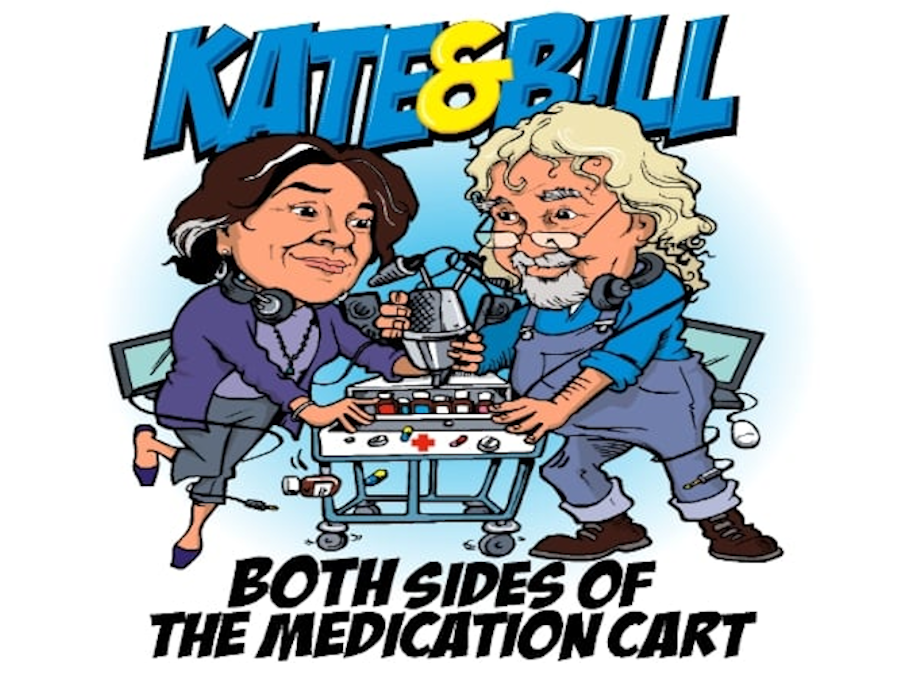 ‘Both Sides of the Medication Cart’ is Bill and Kate’s podcast that draws on their own experiences discussing all sorts of issues affecting those living with mental health challenges and their carers. Their other podcast, ‘Lockdown Legacy’, invites guests to discuss their experiences during the pandemic, the impact it’s had on them and the measures they’ve taken to bounce back. Both podcasts have become hugely successful, attracting international audiences. The pair’s broadcasting skills have also led to a regular slot on BBC Radio Lincolnshire from 6 to 8pm on Thursdays.

Throughout Bill and Kate’s amazing journey, one of their mantras is to ‘give them something to take away with them’. Solopress has been on hand along the way to print promotional material and handouts for many of the couple’s amazing projects, from Posters and Flyers for the Stepping Stone Strollers, to A5 Cards and Leaflets for the Lockdown Legacy. Currently, we’re working with Bill and Kate to produce a quarterly Wiro Bound Brochure featuring a roundup of the group’s activities, including creative contributions from service users themselves. 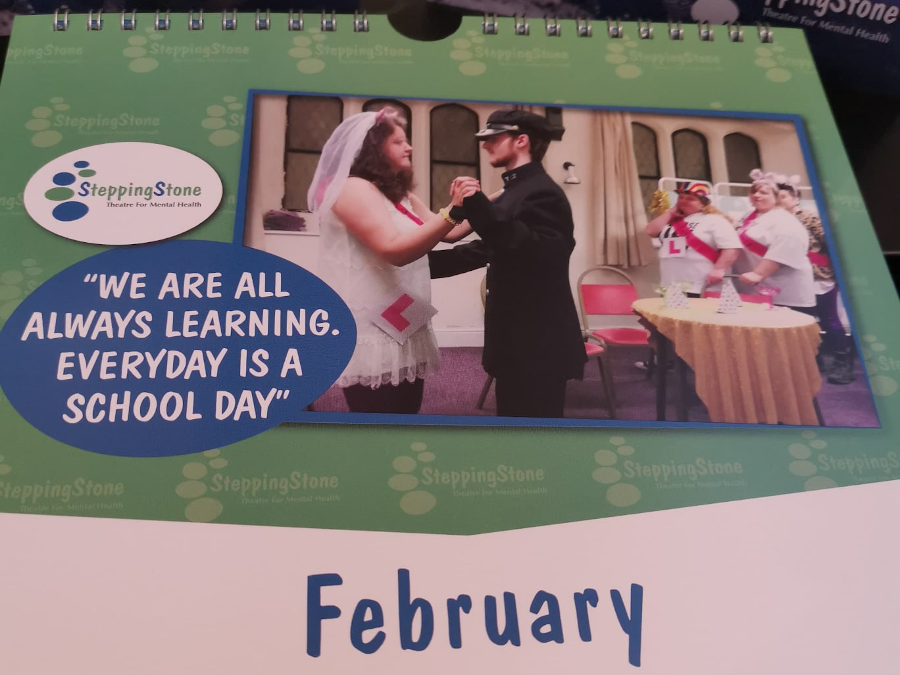 Aside from the booklet, Stepping Stone’s ambitions for the future include continuing with their online activities, but the true goal is to get back together again. Bill and Kate are constantly contacted by group members itching to get back to get-togethers workshops and rehearsals. We share their hope that regular workshops and rehearsal will soon be possible, and that they’ll finally be able to stage their postponed production of ‘Have You Heard The One?’

Since winning The Solopress Charity Print Prize Draw, Bill has worked with us to produce a fantastic Calendar and Christmas Card. Stepping Stone members will be sending the cards out to friends in small batches while the Calendars are available for anyone to order in exchange for a voluntary donation rather than a fixed price. If you’d like a calendar, or simply to make a donation, log on to Paypal and donate to [email protected] – remember to request a Calendar and state your address in the comments. If you do, Bill says you might just get some Christmas Cards as a free gift too! 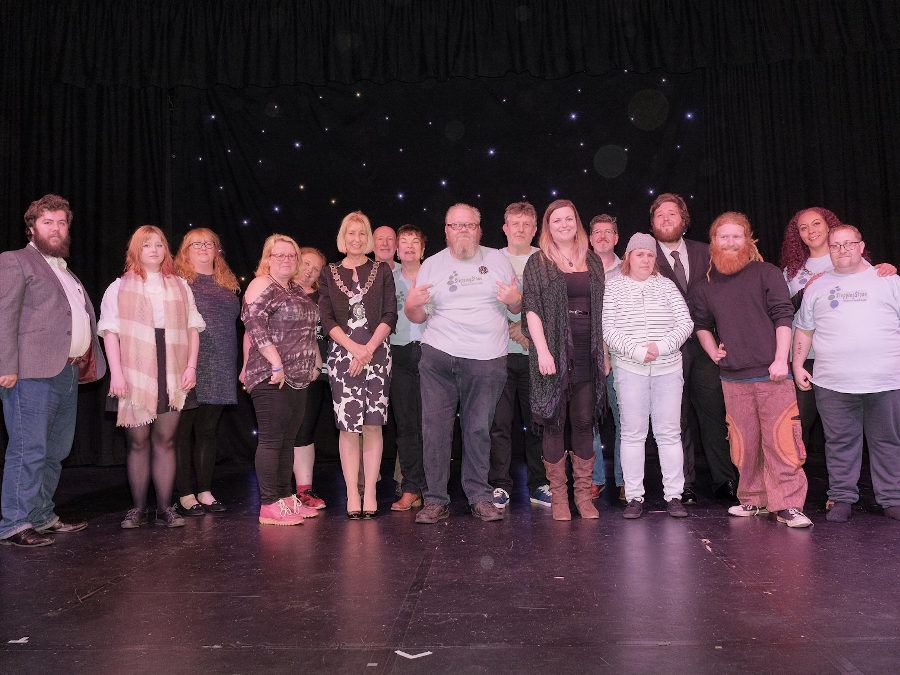 Why not keep up to date with Bill, Kate, and the Stepping Stone gang by following them on Facebook here. You can listen to the ‘Both Sides of the Medication Cart’ and ‘Lockdown Legacy’ podcasts on Anchor, Google Podcast, Spotify, Apple podcaster, Breaker, Overcast, Pocketcast, or Radio Public. If you have any further enquiries, you can contact [email protected]. 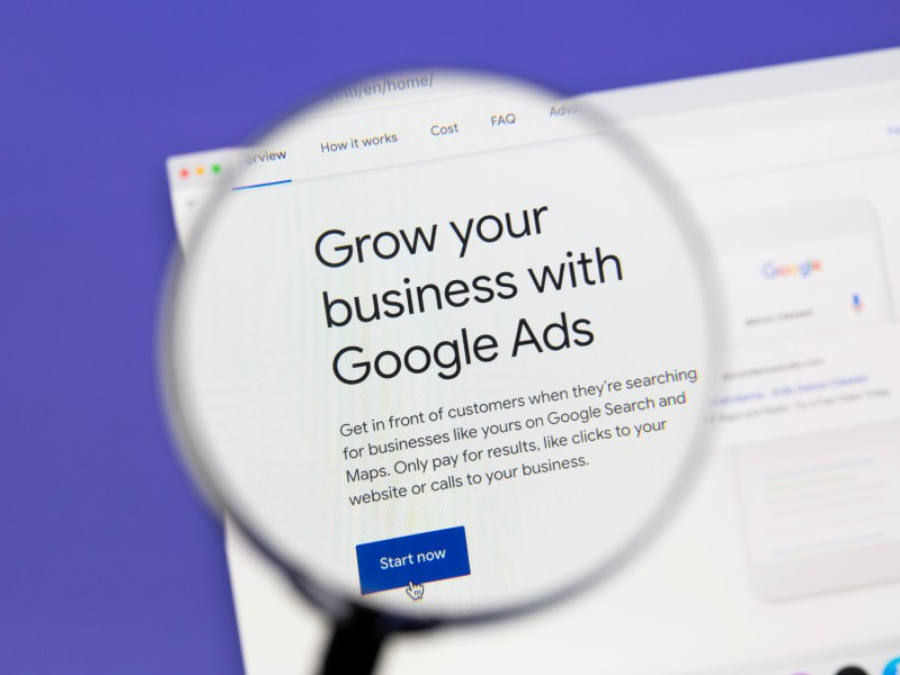 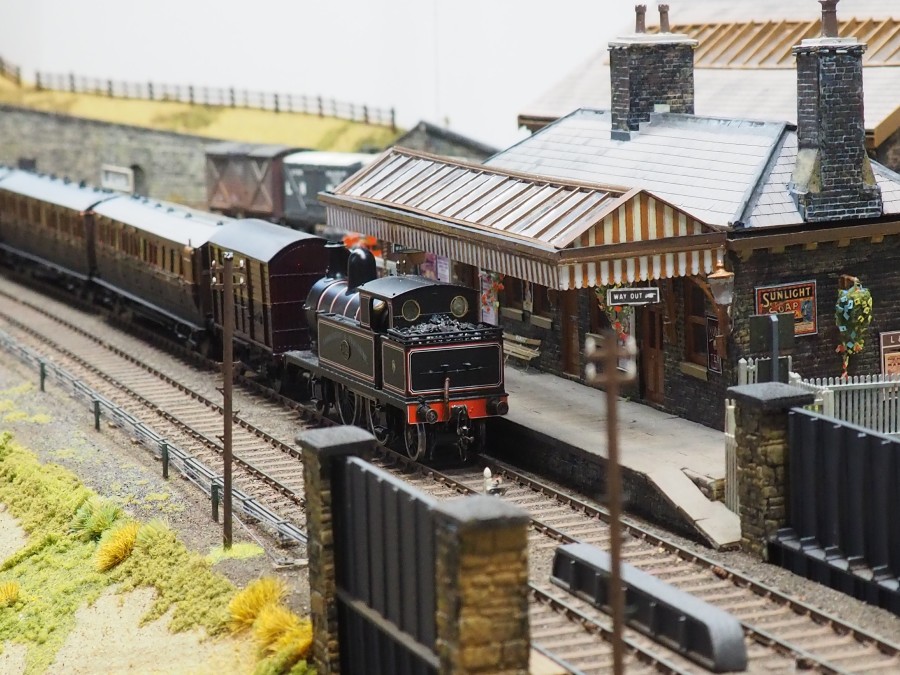