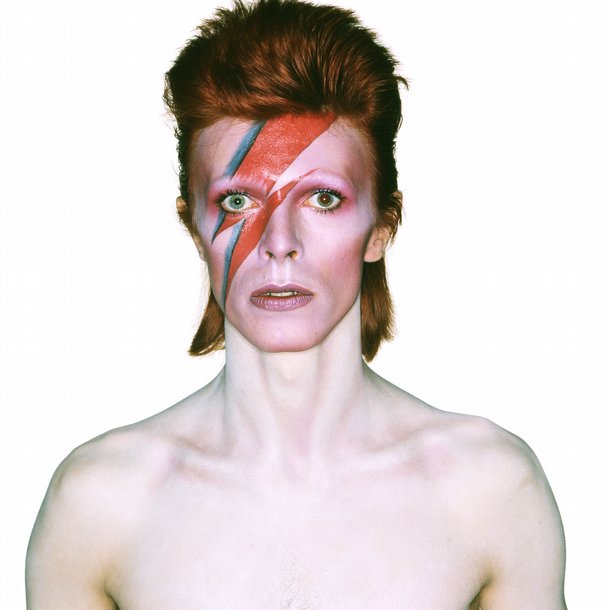 With over 300 items chronicling the extraordinary career of this colourful British chameleon, ‘David Bowie is’ has become the hottest exhibition in London. But would YOU spend nearly £5,000 on a Bowie print?

The ‘David Bowie is’ exhibition, now showing at the Victoria & Albert Museum (V&A) in London until early August, has become an overnight sensation thanks in large part to the V&A’s unprecedented access to David Bowie’s substantial archive of music, videos, film, photography, costumes, handwritten lyrics, set designs and other memorabilia.

The museum is also selling a collection of David Bowie prints and posters, many of which are limited editions that will be sold exclusively at the V&A Shop for the duration of the exhibition only. As part of our on-going series of Design & Print Inspiration blogs, Solopress thought it would be fun to take a closer look at the five most expensive David Bowie prints now on sale at the V&A.

“These album covers and prints are something we have grown up with, and are in keeping with the styles of the era,” says Julie Simpkins, one of the expert graphic designers at Solopress. “Of course, they are more quirky than some. This was David Bowie’s style and something that made him the star he is now. They also show his versatility and inventiveness.” 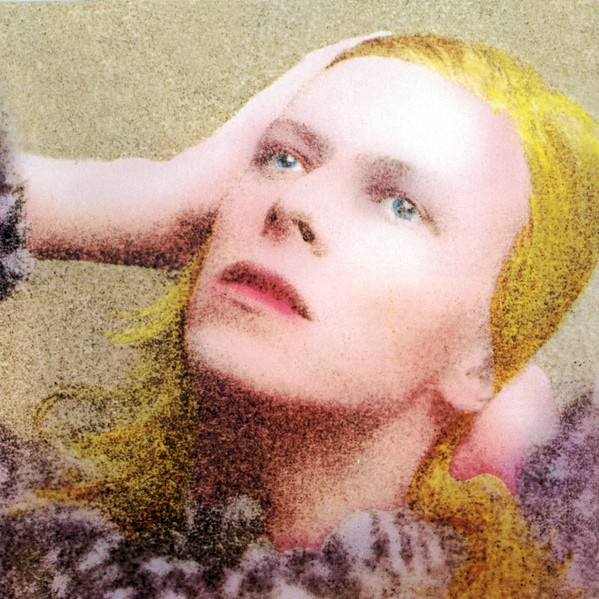 Best known for his iconic artwork on David Bowie’s Hunky Dory and Ziggy Stardust albums (featured above and below), artist Terry Pastor has also produced album and book covers for Arthur C Clark, Michael Crichton, Micky Spillane and The Beach Boys. To create the album artwork for Hunky Dory and Ziggy Stardust, Pastor colourised a black & white photograph by applying photo-dyes with an airbrush. 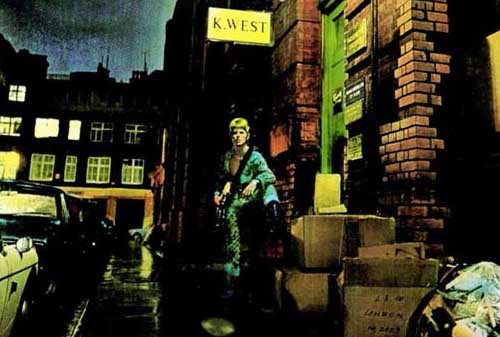 This is Terry Pastor’s most famous creation. The original b&w photograph that served as the basis for his album cover image showed David Bowie as Ziggy Stardust standing on London’s trendy Heddon Street. Bowie’s Ziggy Stardust character, a human manifestation of an alien being, has a daringly androgynous and otherworldly appearance. 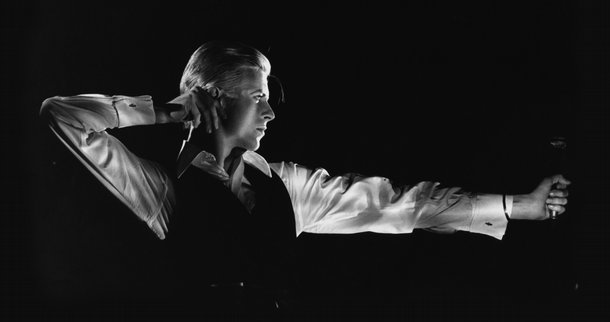 The Archer from the 1976 Station to Station tour is said to be one of David Bowie’s all-time favourite photographs of himself. According to Bowie’s official website, renowned rock photographer John Rowlands took the shot from about 30 feet away from the Station to Station stage and he credits his Hasselblad camera for producing an image that boasts such a sharp contrast of white, black and grey. 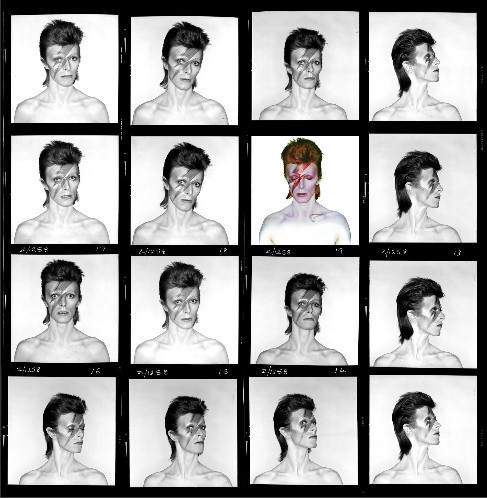 Along with David Bailey and Terence Donovan, English photographer Brian Duffy is best remembered for his groundbreaking fashion photography during the 1960s and 70s. His collaboration with David Bowie resulted in this striking photo-shoot for Bowie’s sixth album, Aladdin Sane, in 1973. 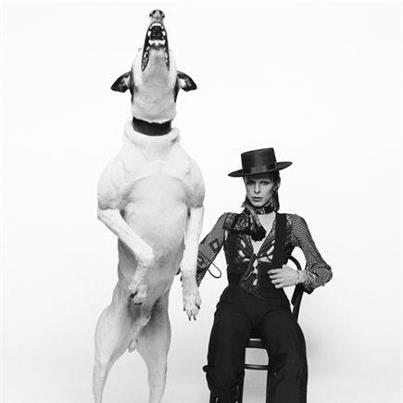 This brilliant photo by Terry O’Neill was carefully staged for dramatic effect rather than an accidental stroke of luck. The dog was actually leaping towards a piece of meat dangled from above. In 2011, O’Neill was awarded The Royal Photographic Society’s Centenary Medal in “recognition of a sustained, significant contribution to the art of photography”.

About David Bowie is

David Bowie was born 1947 in Brixton, London. Back then he was still known as David Robert Jones. He officially adopted the stage name of David Bowie in 1965 when his pursuit of a professional singing and acting career began in earnest. Space Oddity, fortuitously coinciding with NASA’s manned moon landing in 1969, was Bowie’s first major hit single.

Sponsored by luxury fashion brand Gucci and sound specialists Sennheiser, V&A’s new ‘David Bowie is’ exhibition takes an in-depth look at how David Bowie’s music – infused with his originality and individuality – has both influenced and been influenced by art, design and contemporary culture.

BBC TWO, in collaboration with the V&A, will also broadcast a feature length profile of the legendary David Bowie in May. This documentary will include rare and revealing audio recordings of Bowie and focus on five critical years in his career to date – 1971, 1975, 1977, 1980 and 1983.

“David Bowie is a true icon, more relevant to popular culture now than ever,” explains Martin Roth, Director of the V&A. “His radical innovations across music, theatre, fashion and style still resound today in design and visual culture and he continues to inspire artists and designers throughout the world. We are thrilled to be presenting the first ever exhibition drawn from the David Bowie Archive.” 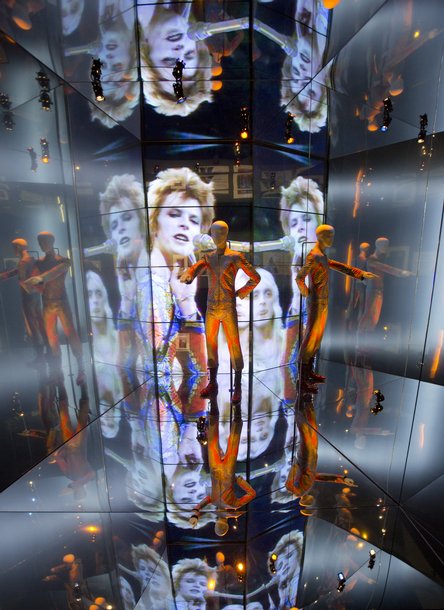 What the UK media think…

“David Bowie is the Steve Jobs of rock, the Picasso of pop.”
BBC

“Bowie’s decisions, both in terms of style and music, have been flawless.”
GQ

“The exhibition treats Bowie’s rise as a heroic tale of self-determination and cultural mobility.”
The Financial Times

“What’s happening at the V&A is, quite literally, a canonisation.”
The Guardian 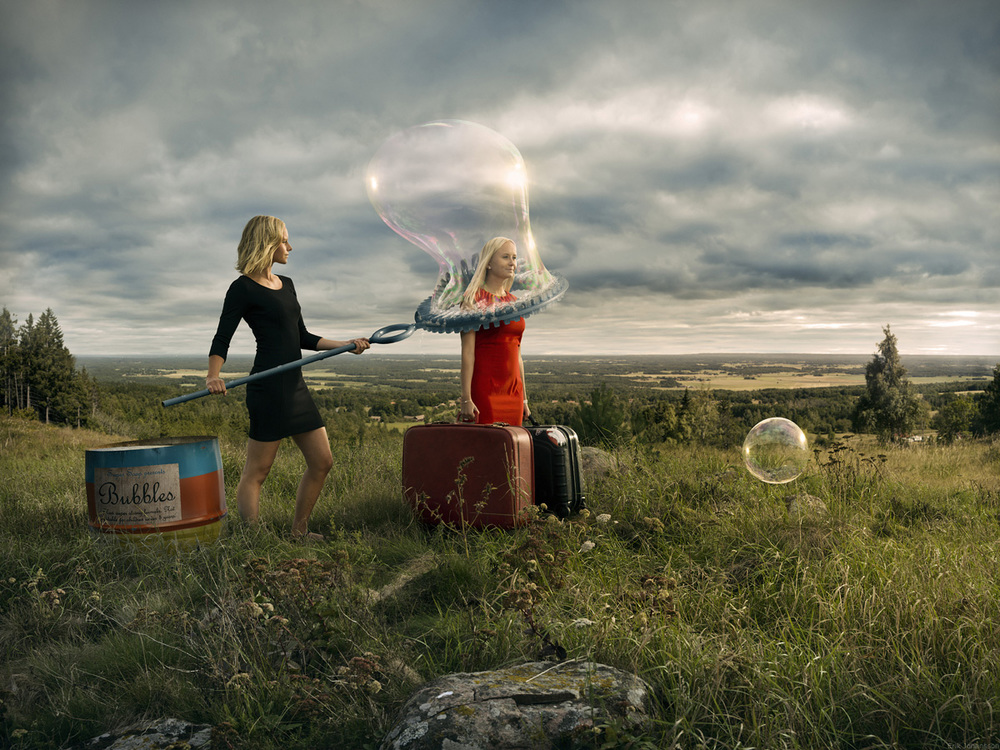 Other Worldly Photos by Erik Johansson