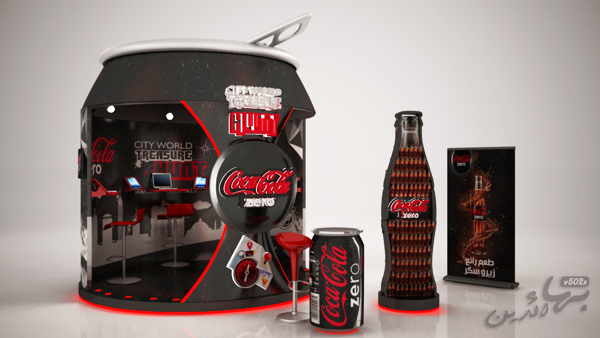 Take a coffee break and check out these amazing, modern display stands by some of the top companies in the world. This is how you pull off a successful, professional showcase of your business.

Line is a Japanese free video messaging, video dialling and texting application that can be used on any smartphone and PC. The app is a massive hit in Asia already and hopes to become a household name on a global scale. They do not have far to go, as the app has already received over 450 million downloads. Their quirky emoticons were the bases behind and mascots of their exhibition stand, set up for a launch of a new shopping centre. 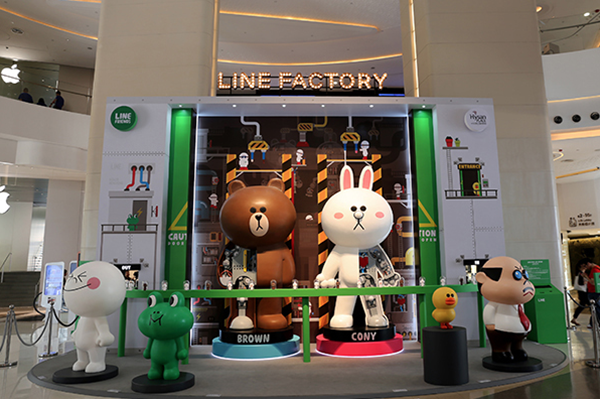 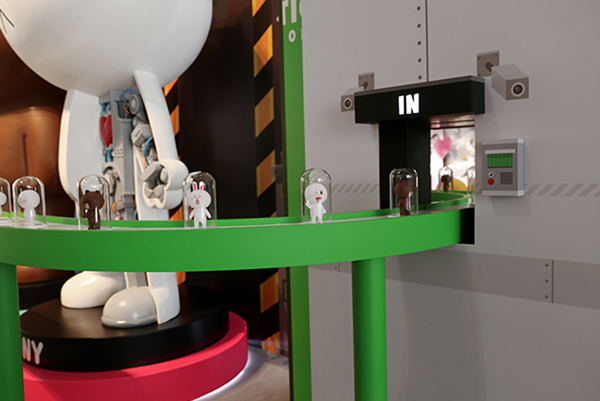 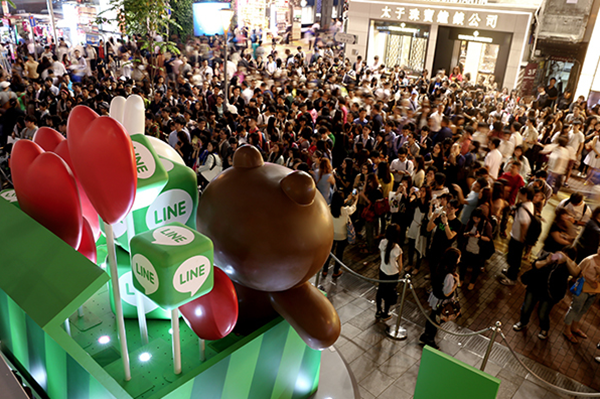 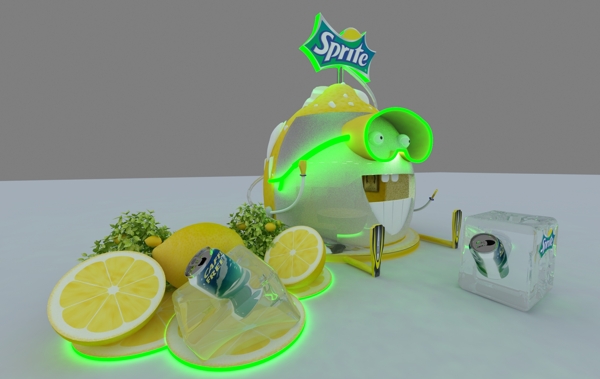 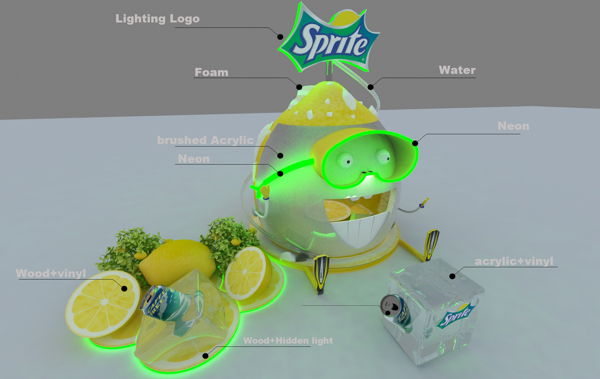 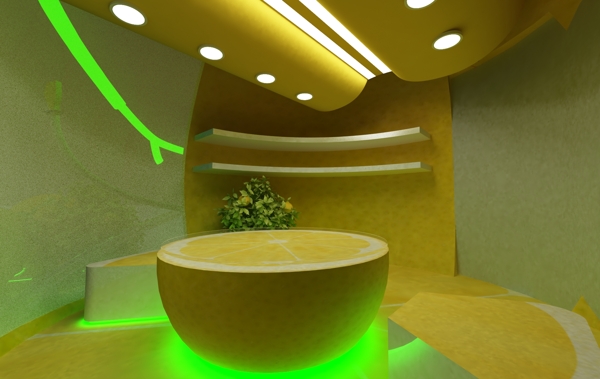 Coca-Cola went for a cool look with these exhibition booths designed by 3D designer, Bahaa ElDin. The finished proposal featured 3 separate options for the soda legends to decipher between. Decisions, decisions! 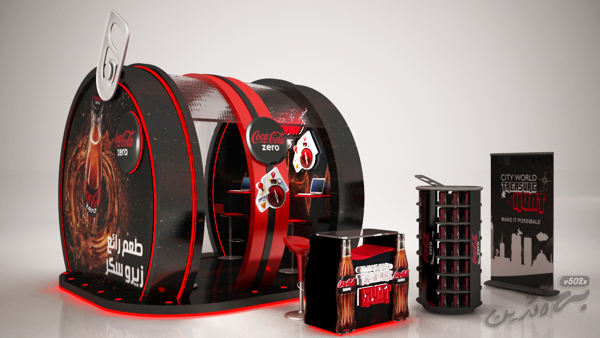 In a bid to create a ‘World Class Chocolate Event’, Bahaa ElDin designed the Chocolate Festival Palace, to be displayed in Saudi Arabia to an audience of 12,000. Mars is already very popular in Saudi Arabia and the event was a big success. Other marketing involved included flyer distribution, email shots, social media, press releases and more. Each section of the palace was designed to represent the branding of each chocolate. For example, Twix’s area was based around their ‘pause’ concept with a relax section and soothing music, Galaxy focused on ‘Pure Chocolate Passion’ with a live cooking showcase to highlight chocolate indulgence and Snickers, being all about action, hosted a human Foosball game. 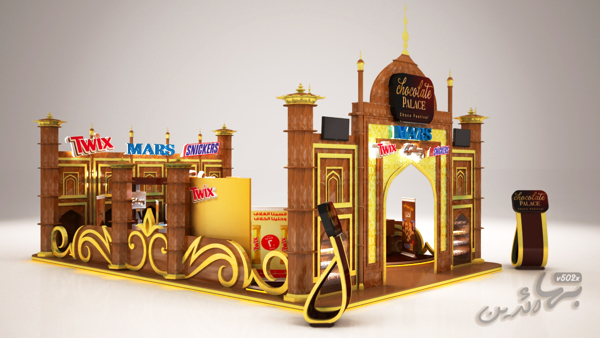 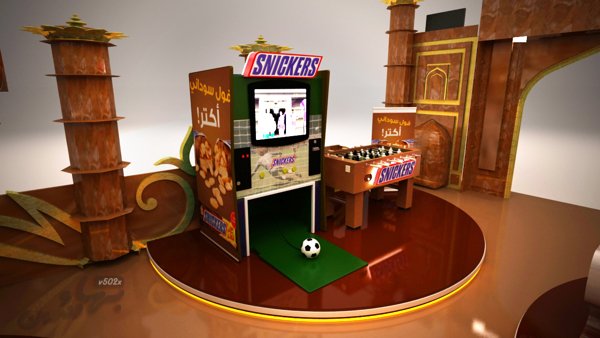 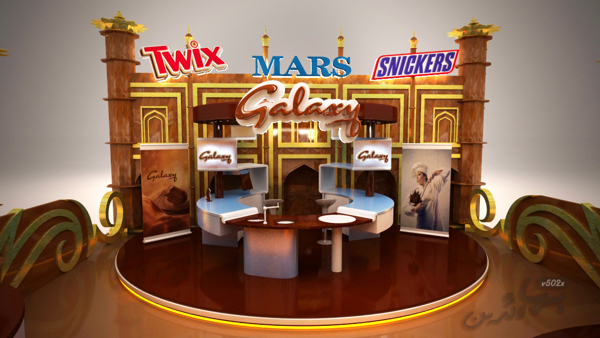 This display stand design concept was thought up by Lilas Barakat for Beats. Lilas continued Beats signature logo and striking colour scheme throughout the stand. The images along the walls look like album covers on iTunes or Spotify, continuing the trend seamlessly throughout. 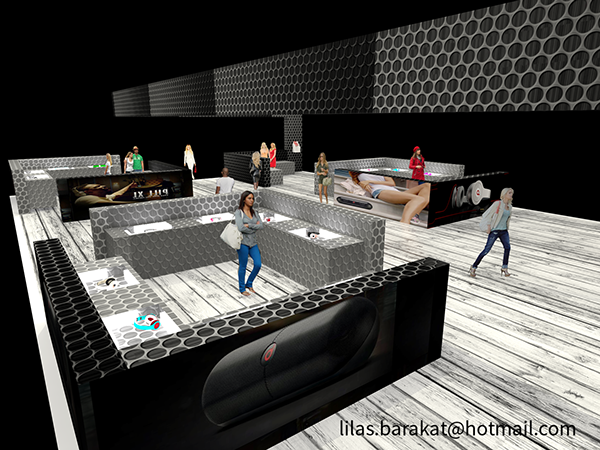 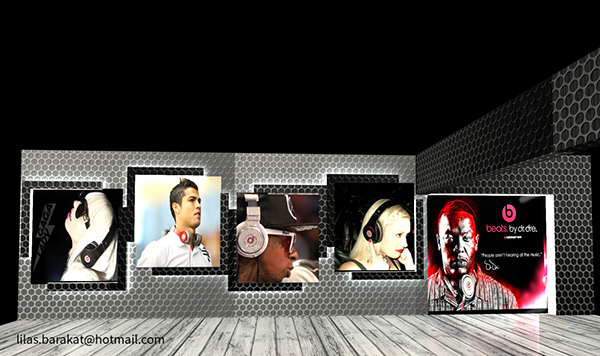 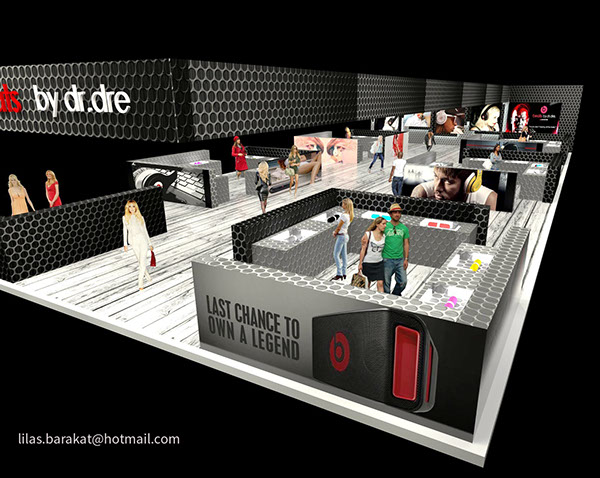 Launching, the first time an Egyptian design was approved by MARS International, Leap Media, is this fun and quirky shopping stand for  A design team of 8 helped create and produce this brightly coloured, sweet stand. The stand was installed and displayed in a shopping centre as a permanent aisle feature. 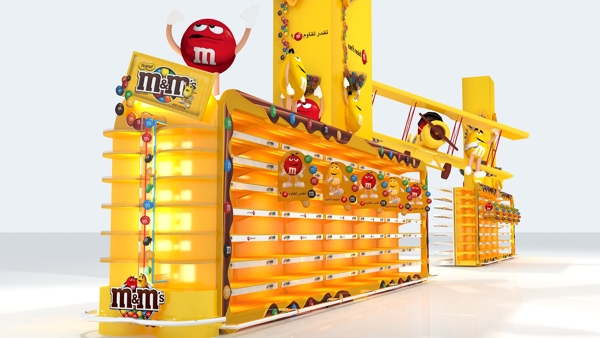 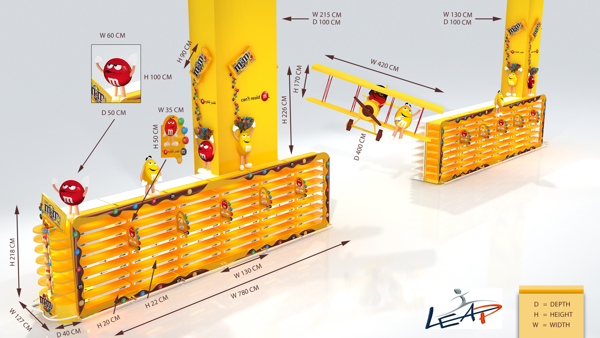 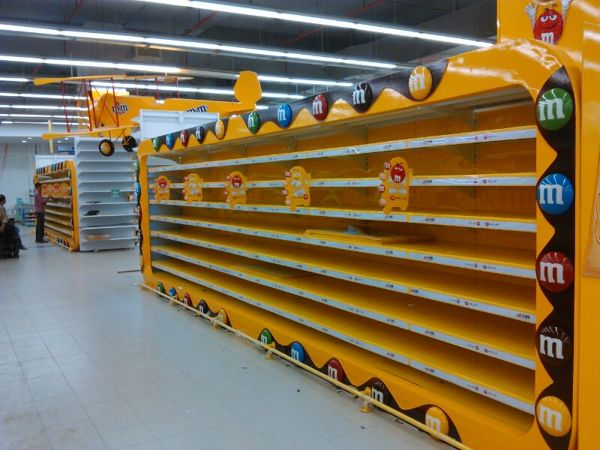 Print Your Own Exhibition Stand Artwork

Feeling inspired? Solopress can print your company’s exhibition stand for you, please ask for our bespoke options or for a bespoke quote.