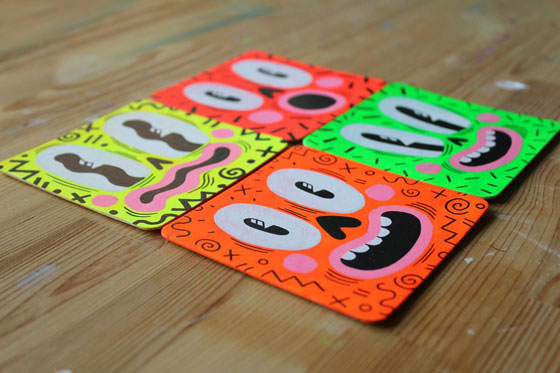 Inkygoodness, the experts in finding new and exciting talent in illustration and lowbrow art, have utilised beer mats in their latest character design project…

Inspired by the unusual theme of Beermat Characters, creative mavens Inkygoodness are showcasing the talents of over 80 international artists and illustrators in a new London exhibition opening next week. Each artist has been tasked with the challenge of transforming the simple beermat into a character – with surprising and delightful results!

The humble coaster is frequently employed as an ad-hoc sketchpad down the pub, especially during a heated exchange of ideas and opinions. They’ve provided thousands of designers and business folk with many lightbulb moments of alcohol-fuelled inspiration over the years. So it’s only fitting then, that a group of talented artists have now decided to give something back to this classic piece of paperboard.

Coasting on a Dream

“The results have been far beyond what we could have hoped for,” says Lisa Hassell, the founder and creative director of Inkygoodness, in her recent interview with Design Week. “The talent, skill and sheer imagination that has gone into the producing the artwork is incredible.”

Participating artists in the upcoming Beermat Characters exhibition include: 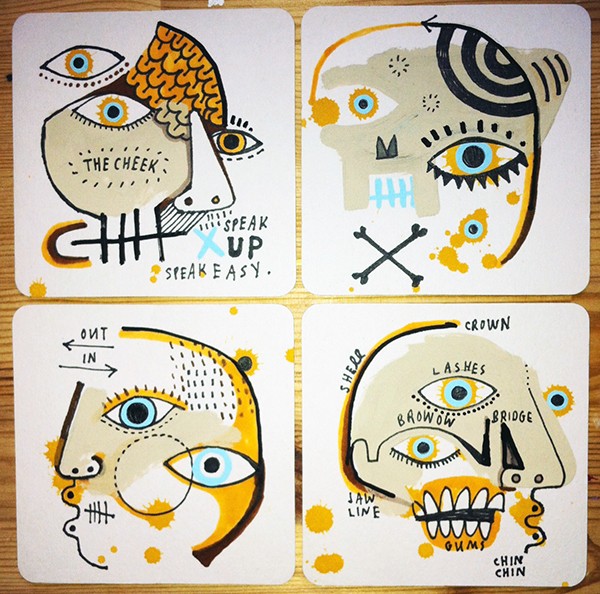 “Drawing inspiration from his own thoughts and ideas about the world, David’s work is crammed with shapes, colour, strong lines and bursting with typographical messages.”
-Inkygoodness 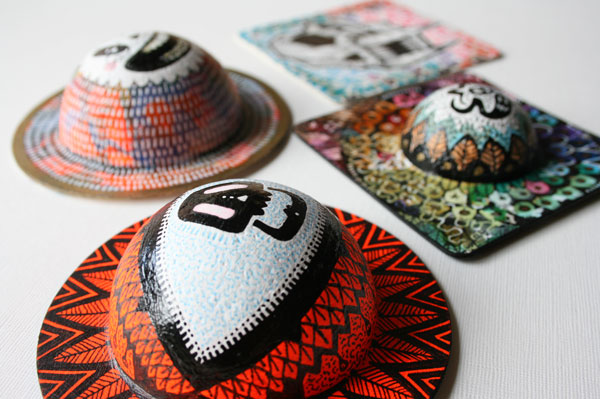 We’ve all been there. Too many beers and the room starts to spin. That blurry, pint-spilling feeling was the inspiration behind El Tobe’s quartet of Boozers Beermat Characters. “Labelled as the gremlins of the pub world, they only come out when you’ve had one too many,” jokes El Tobe. “If you can see them then it’s probably time to go home!”

“By day El Tobe works as a graphic designer at agency ‘ditto’ and by night he creates his darkly comic illustrations.”
-Inkygoodness

“Eye-popping, surreal and more than a little cheeky, Hattie is famed for her quirky, slightly sinister illustrations.”
-Inkygoodness 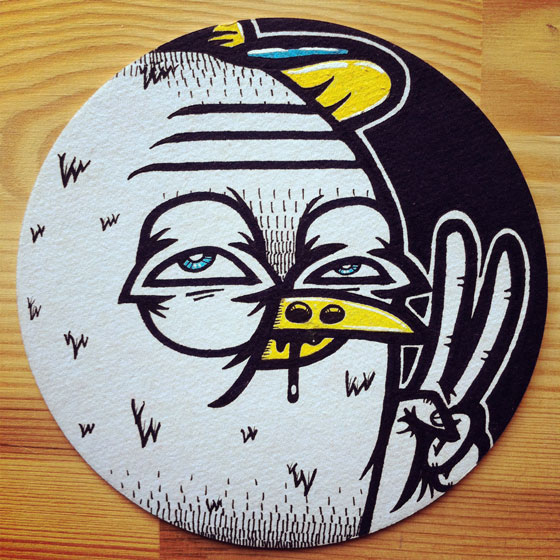 Mr the Beef is a Nottingham-based artist and illustrator. His Bird (Of Peace), Brewdog and Teen Wolf Beermat Characters will be on display at the exhibition.

“Drawing inspiration from street art, mid-century design, overheard conversations, brutalist architecture and a childhood in the 1980s, Mr the Beef’s work centres around the humorous world of characters that fill his sketchbooks.”
-Inkygoodness 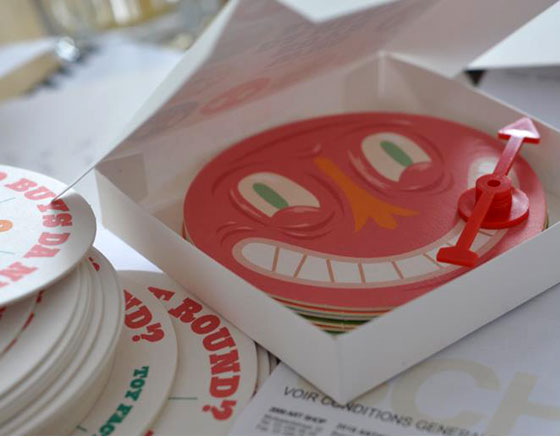 Antwerp-based artist Sam De Buysscher, aka Toy Factory, has developed a cool Who Buys Da Next Round? Beermat Characters board game. Each of the six character beermats in this game represents a typical emotion felt when a person is drunk: The Beast, The Sleeper, The Overjoyed, The Nutcase, The Emo and The Addict. Which one would you be on a night out?