Home Print Inspiration Wireless Chargers: Are we on the road to a wireless future? 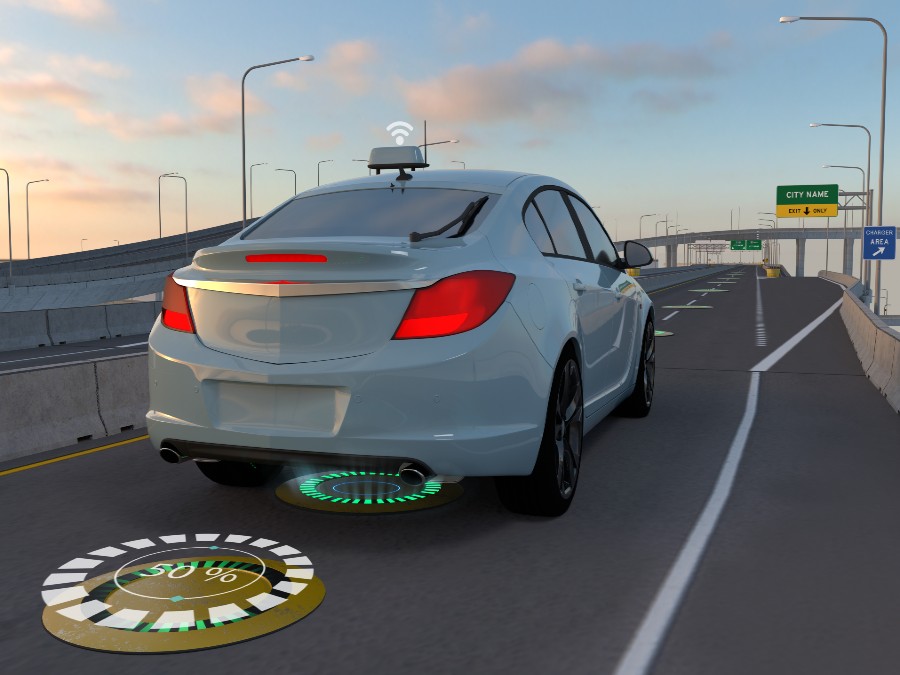 Wires are mysterious objects. They’re great for charging our devices, but as soon as you take your eyes off them, they either disappear from the existence or tie themselves in an unsolvable knot, seemingly of their own accord. Plus, who enjoys standing on a plug?

Bluetooth and WiFi have already delivered us from the nightmare of tangled earbuds and ethernet trip hazards. Could wireless charging finally drag us out from under the cosh of the cable?

If you’ve purchased a phone in the last five years, chances are your phone will be capable of charging wirelessly!

This works via a magnetic field created between your wireless charger and phone, where power is transferred. Through the magnetic field, a current is transmitted to the charging device. It’s this strong current which loads your phone full of juice. This technique is known as inductive charging. 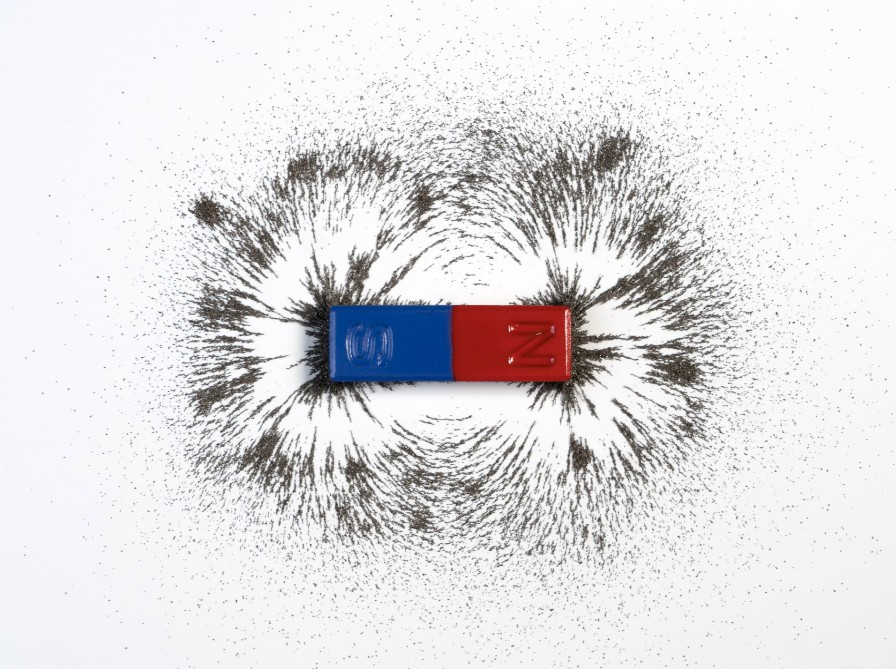 Wireless chargers bring your phone back to life without the need for a flimsy phone cable which can easily break and is seldom long enough. Easy to use, you simply pop your device on top of one of these wizardly creations and watch it reach 100%.

Slightly misleading, the ‘wireless’ charger itself actually requires a USB cable to deliver its magic powers. Plug them into your laptop or wall wart and forget that phone chargers ever existed.

You would have thought that wireless charging is something of a new invention.

However, it owes its origins to Nikola Tesla, in the late 1800s.

Developed in 1891, the ‘Tesla coil’ was the first system that could transfer electricity wirelessly. This paved the way for the phenomenon of modern wireless charging. 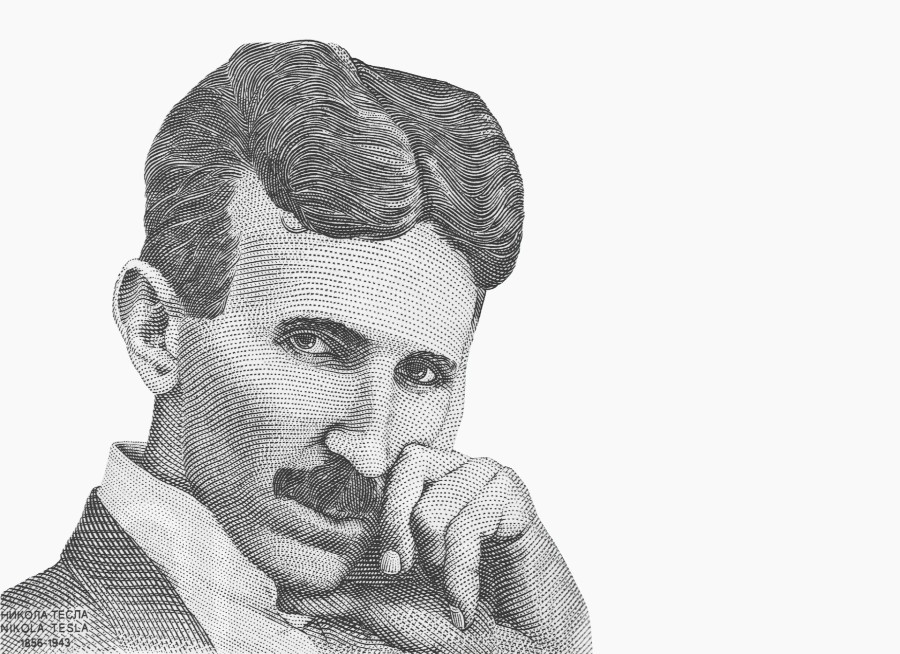 Just like Tesla’s original, wireless chargers use a copper coil to transfer power. The larger the copper coil, the greater the distance between the charger and device can be. This is why phones have to be placed directly on top of their chargers, as these power points have relatively small copper coils.

Modern phones nearly all contain the technology to be powered wirelessly, and it would be understandable if you thought this was a new addition to devices.

However, did you know this technology has been deployed for a decade now? Nokia marketed their Lumia 920 with this feature back in 2012! Today, this technology is a staple feature on phones from every major tech developer.

Currently, wireless charging is limited to handheld devices, laptops, kitchen appliances and some cars. However, the availability of cordless charging points is spreading like wildfire.

Modern infrastructure, such as public transport, restaurants and venues are being equipped with wireless charging points to keep up with the pace of modern life. 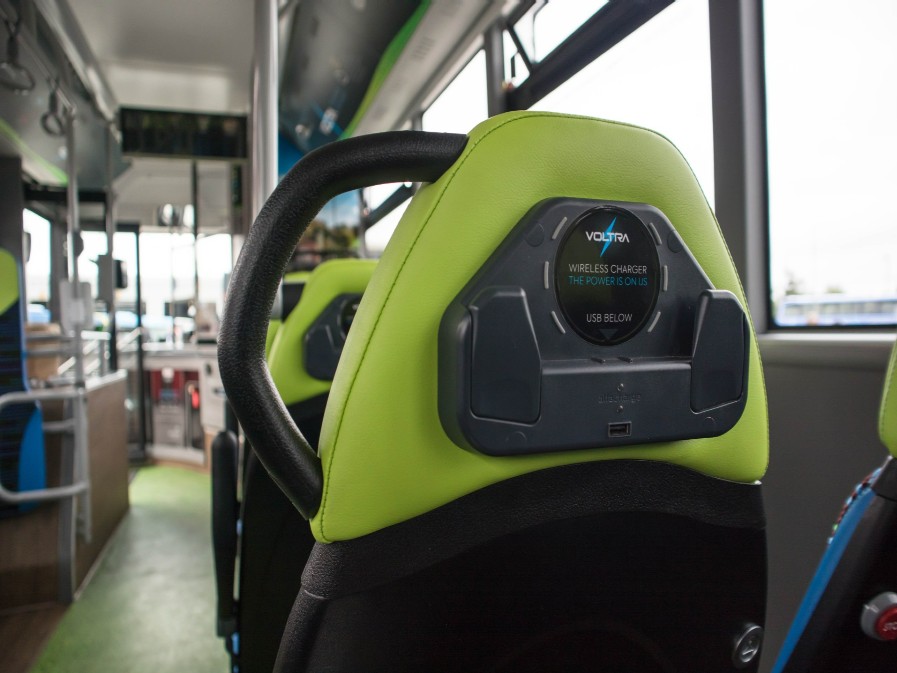 Through an app like aircharge, you can have the locations of all of their public wireless charging points at your fingertips.

Up until the creation of modern smartphones, this incredible technology had little practical use to us in everyday life. Having unlocked its practical side, we’re slowly realising the vast potential this technology can play in our future.

As we speak, there is a 12-month trial taking place in London testing the ability of wireless charging for electric cars using an induction pad. The Buckinghamshire-based trial employs an armada of modified Renault Zoe EVs and, if successful, could be rolled out to a further nine locations. 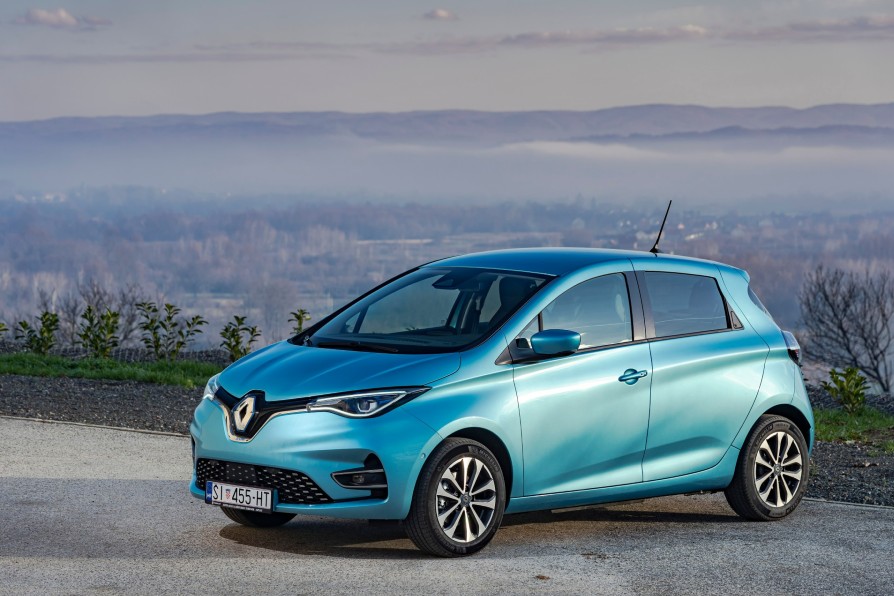 Wireless chargers are easy to locate, use and store. Never again will you waste time trying to find your wired charger in a rush as your phone is on 1%. Equally, wireless chargers are much stronger and more durable, so they won’t break like flimsy phone cables do and will hold a much longer shelf-life.

A common point of failure on devices is damage to the USB port caused by stress on the socket. Charging wirelessly reduces wear and tear on your phone by removing the need to jam a charger cable into its USB port. Furthermore, removing the charging cable entry point altogether would allow the next generation of phones to become completely water and dust-proof.

Wireless chargers can do something wires simply can’t: charge multiple devices at once. Our large wireless chargers are built for this. They’re also much more aesthetically pleasing than having rogue wires trailing around your home. An accompanying advantage is that they make for an effective marketing tool that keeps your brand plugged into your customer’s minds. Give them a branded wireless charger with your logo or details on and they’ll see it every time they charge their phone.

Down to the wire

Still relatively new, this technology is constantly evolving. With time, wireless chargers will become even more powerful and efficient. Wired chargers are currently manufactured in much greater quantities which is what makes them so cheap. Wireless charging is still in its infancy. Phones and tablets are a brilliant testing ground to evaluate the longevity, popularity and potential of this method. Its success can and will open the door for many more products to get involved in the cordless experience.

Admittedly, wires currently provide faster and more efficient charging. However, with wireless technology improving all the time, we’re not sure how much longer that will remain the case.

After all, it’s no longer just R&D teams from manufacturers of handheld devices that are faced with the challenges of fast, efficient, user-friendly electrical charging.

The rise of the electric car is bringing the brains and financial clout of the automotive industry into the fray. We can only expect investment in the further development of wireless charging to grow exponentially in the coming decade.

The road to a wireless future 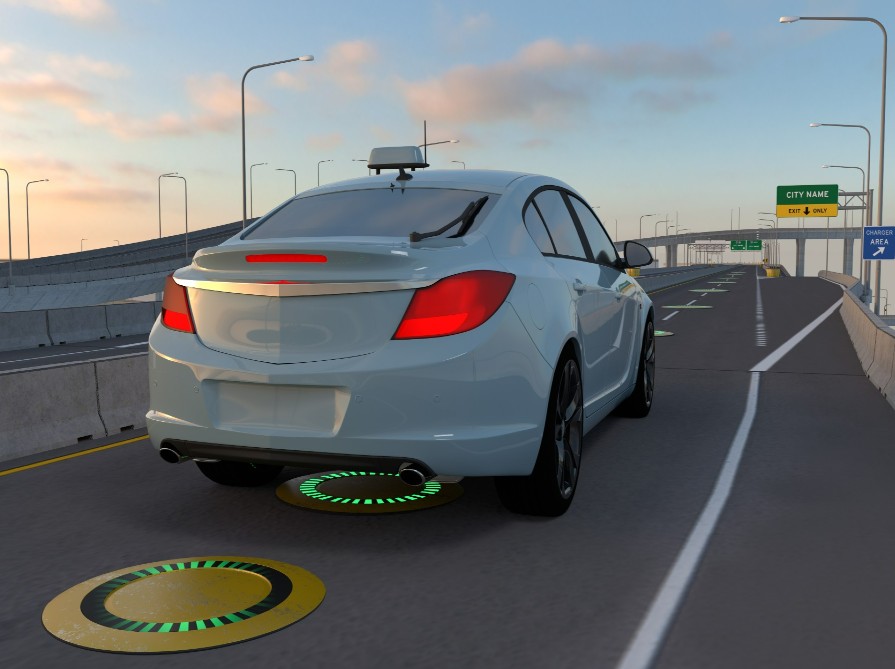 Speaking of cars, this picture shows a concept which displays the enormous potential wireless charging has. Imagine a future without fossil fuels, where roads constantly power your vehicle (which will probably drive itself by then).

Driving through Mario Kart boosts may no longer just be a dream… As long as the M1 doesn’t turn into Rainbow Road, that shouldn’t be a problem!

Are you looking for a strong, lightweight but durable wireless charger that carries a powerful brand message? Our range offers you a perfect solution; choose from small, large or bamboo wireless chargers and tether your brand to a pioneering technology with a bright future.