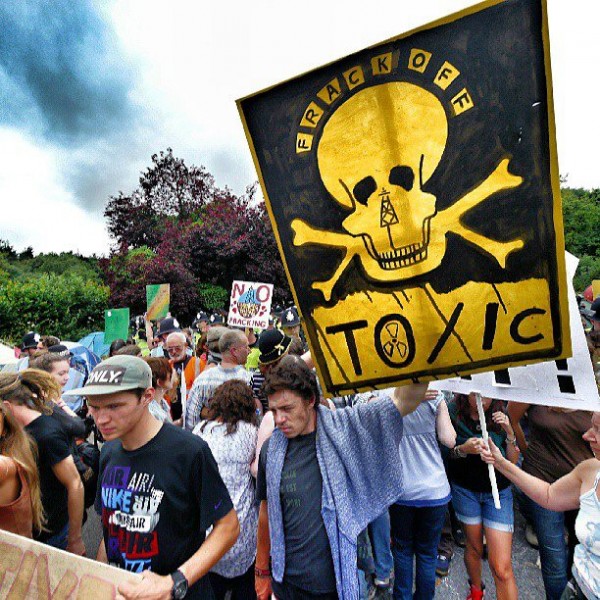 As the controversy over fracking for gas and oil continues to split public opinion in the UK, Solopress take a look at the best protest posters ever created by anti-fracking campaigners… 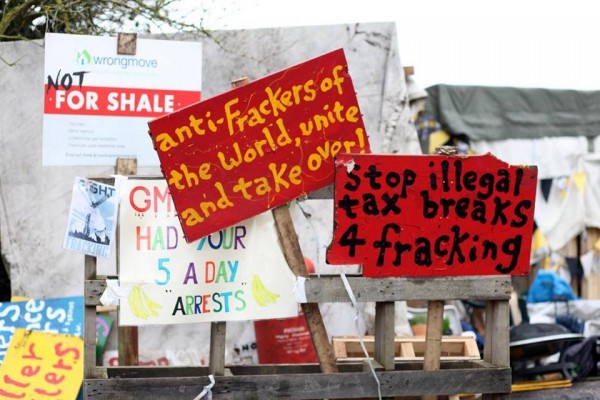 Hydraulic fracturing, better known to the general public as fracking, is the drilling method where a pressurised liquid (usually a mix of water, sand and chemicals) is used to recover gas and oil from shale rock. Although it’s a novel way to harvest previously unobtainable fossil fuels, fracking has also raised environmental concerns, leading to many protests from eco activists and local residents alike.

Before we continue, please note that Solopress are neither for or against the actual process of fracking in the UK and elsewhere in the world. The purpose of this blog is to look at the anti-fracking posters made by protest groups from a purely graphic design perspective, and select our favourite designs amongst their extensive body of work.

A People’s Hearing On Fracking 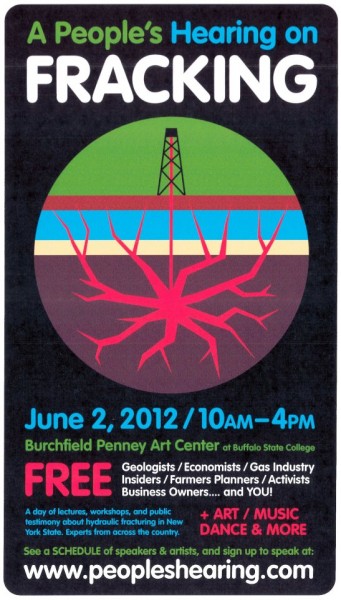 This poster by People’s Hearing publicised a day of lectures, workshops and public testimonies about hydraulic fracturing in the State of New York. Geologists, economists, gas industry insiders, farmers, planners, activists, business owners and members of the general public were all invited to share their points of view on the controversial subject of fracking. 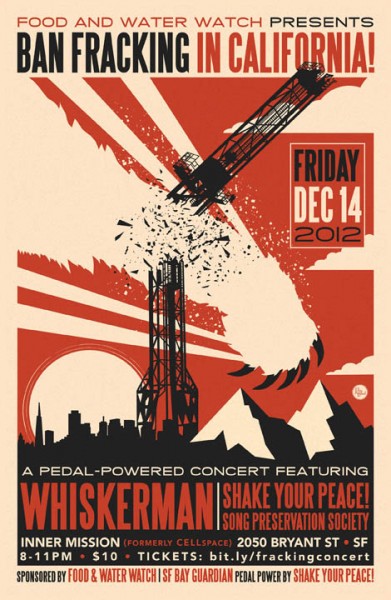 R.Black made this poster for the Shake Your Peace! concert, “Ban Fracking in California”, hosted by Food & Water Watch. A downloadable template with this artwork called “Fight Fracking” (shown below) is also freely available for other fracking protestors to use, remix and tweak for their own purposes – as long as they credit R.Black and Shake Your Peace! 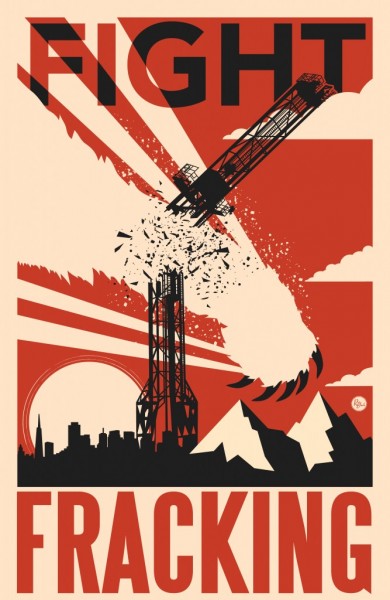 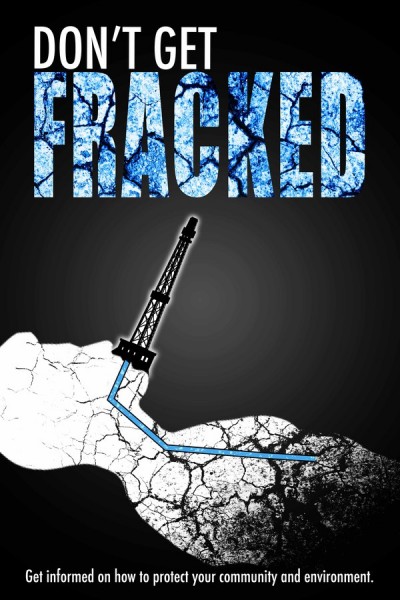 Chi Bui, a graphic design student at Mercyhurst University in the USA, created this ‘Don’t Get Fracked’ poster for a social cause inspired class assignment. The design was inspired by the fracking documentary Gasland.

One of the poster signs used by demonstrators at the Balcombe protest in July last year. Notice the use of the drilling well and the international tri-foil symbol for radiation. Both of them are recurring features in many of these protest poster designs. 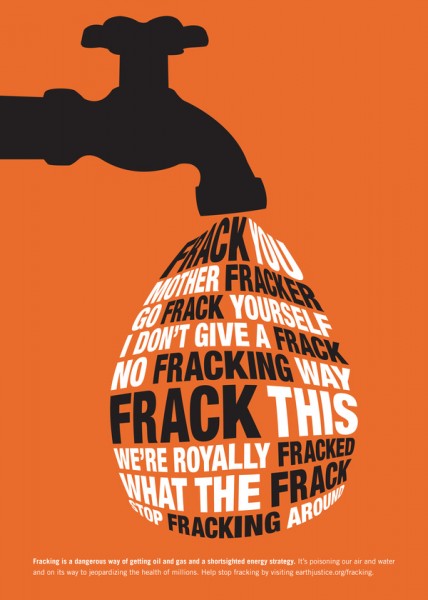 Dallas-based graphic designer and illustrator Betsey Marcus created this poster for the Earth Justice campaign against fracking. The water droplet coming out of the tap incorporates many of the phrases and slogans used by anti-fracking activists in other protest designs: “Frack You”, “Mother Fracker”, “Go Frack Yourself”, “I Don’t Give A Frack”, “No Fracking Way”, “We’re Royally Fracked”, “What The Frack”, “Stop Fracking Around” and, of course, “Frack This”.

No Fracking On Barton Moss 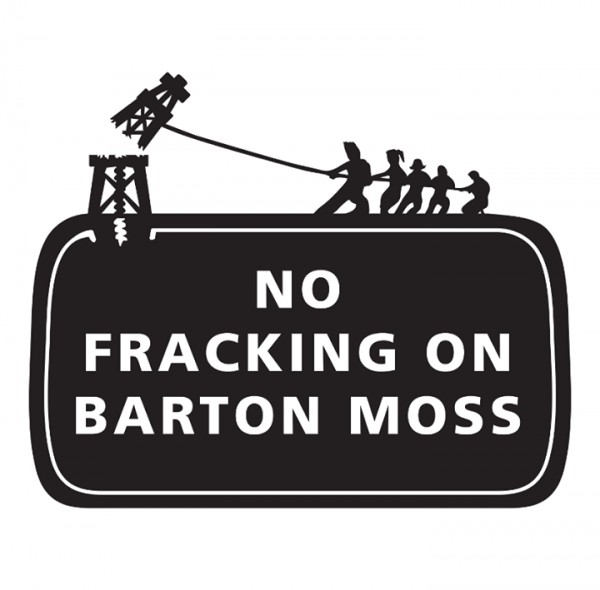 The protest campaign against fracking in Salford’s Barton Moss area included these two posters. The one shown below is promoting an ‘Academics meet Activists’ open discussion which took place earlier this year. 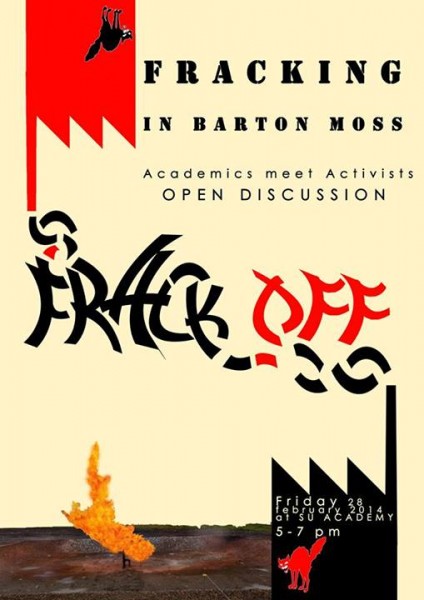 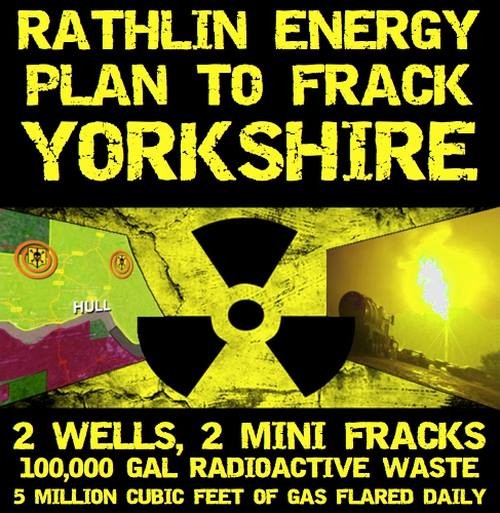 An anti-fracking poster from February 2014 protesting against Rathlin Energy’s proposal to start fracking near Hull in East Yorkshire. 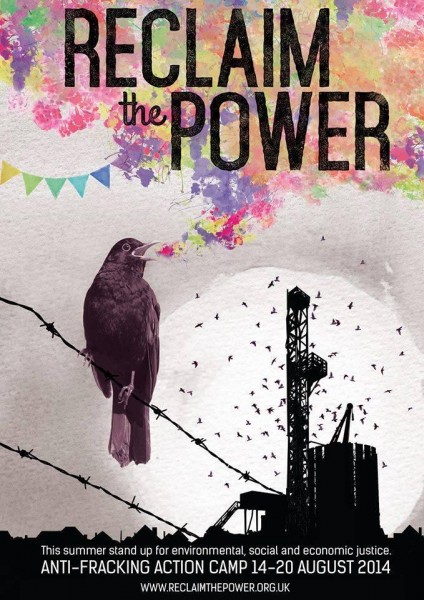 This anti-fracking action camp, supporting the community groups on the frontline of the fight against fracking, takes place next week in Blackpool.

Stop Fracking With Our Water 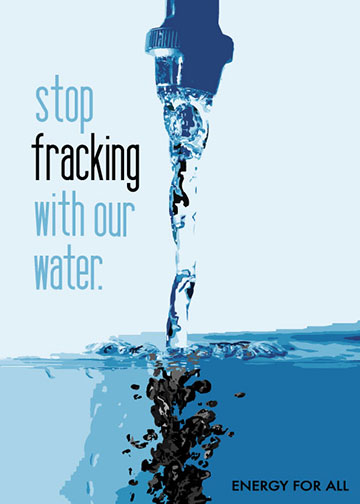 What do you think of these fracking protest posters? Perhaps you’ve spotted some even better designs at a demonstration? Or maybe you’ve seen great poster printing that’s highlighting an upcoming anti-fracking issue, public meeting or event? Please scroll down this page to the ‘Leave a Reply’ box below and post your message or share the links to any cool new images you’ve stumbled upon.