Let’s take a step back in time and celebrate our local history with some beautiful vintage seaside posters.

Coastal towns have always been seen as a recreational environment, it has been reported by historians that this can be traced back to the Roman times when the wealthier members of society living in Colchester would visit Mersea Island in order to get away on holiday. The development of the beach as a leisure resort in the mid 1800s paved the way for what would later become a global tourism industry, the first real seaside resorts were opened slightly earlier and were aimed towards the aristocracy, who began to frequent the seaside as well as the then fashionable spa towns, for recreation and health. 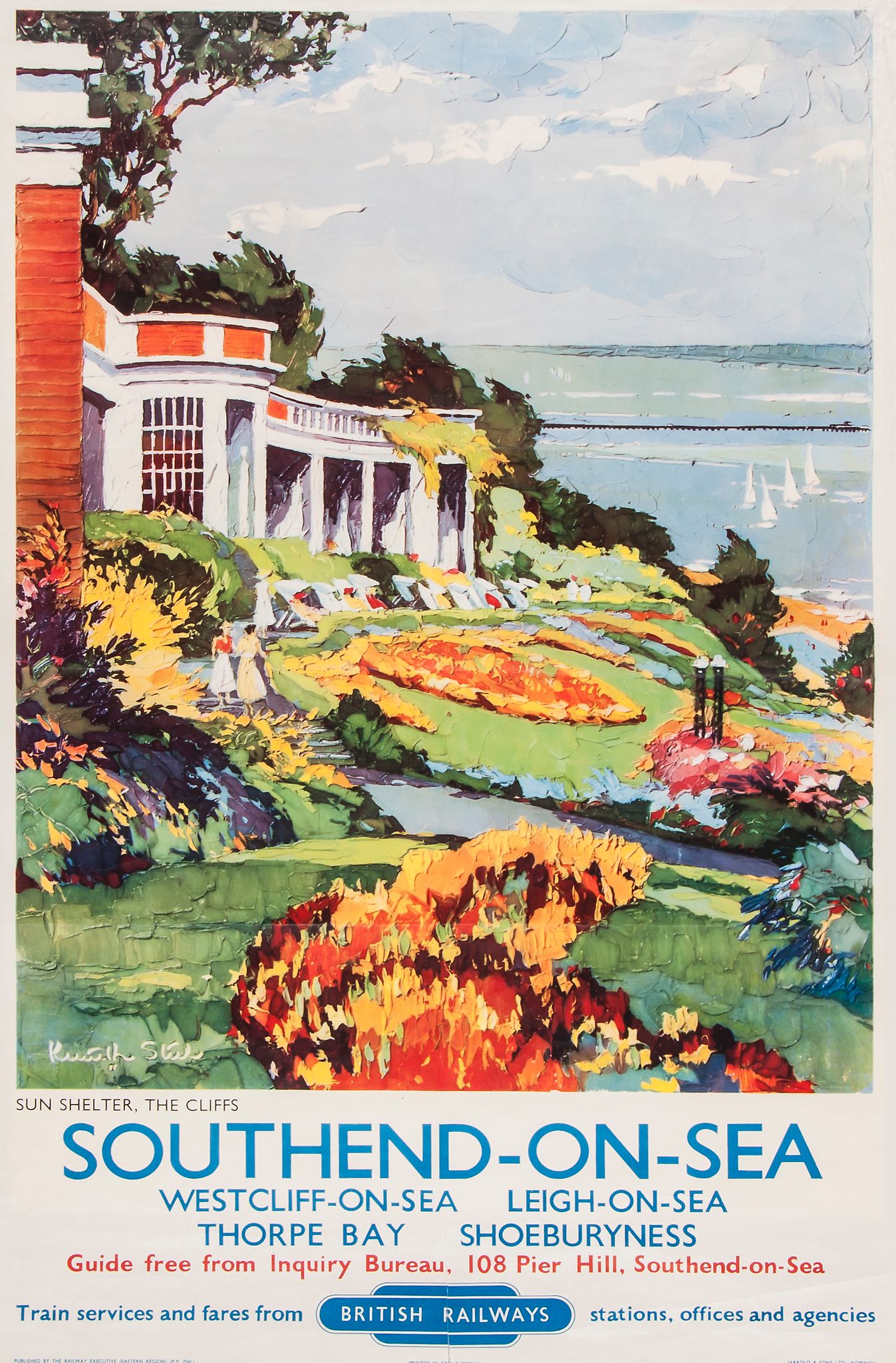 In 1871, the British Government declared the Bank Holidays act, throughout the year there were official holidays allowing people time away from their jobs. While the wealthier families often stayed for a week in the summer, the great improvements made to the railway system some thirty years before allowed the working classes to get away on day trips for some healthy fresh air at seaside towns. This great influx of visitors led entrepreneurs to build accommodation and new attractions to capitalise and kick started economic growth in the coastal towns. 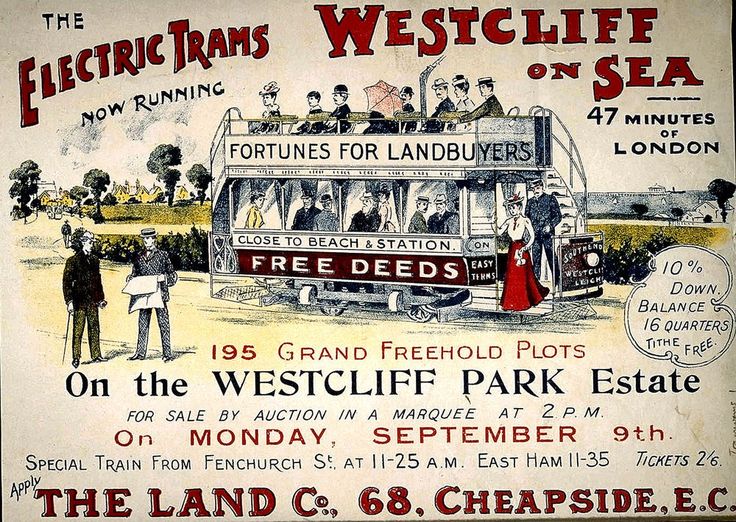 Of course, in order to spread the word about the now-readily available fresh air and rest advised by the government, many posters were made to advertise the coastal towns. Southend-on-Sea, for example was the only seaside resort advertised on the Underground. Electric trains took holidaymakers as far as Barking, where mainline steam locomotives took over for the rest of the journey. From 1910 to 1939, Southend-on-Sea and Shoeburyness were even included as part of the District Line. In a return to the vintage trend, many have copied these classic adverts; the originals are now seen as collector’s items. 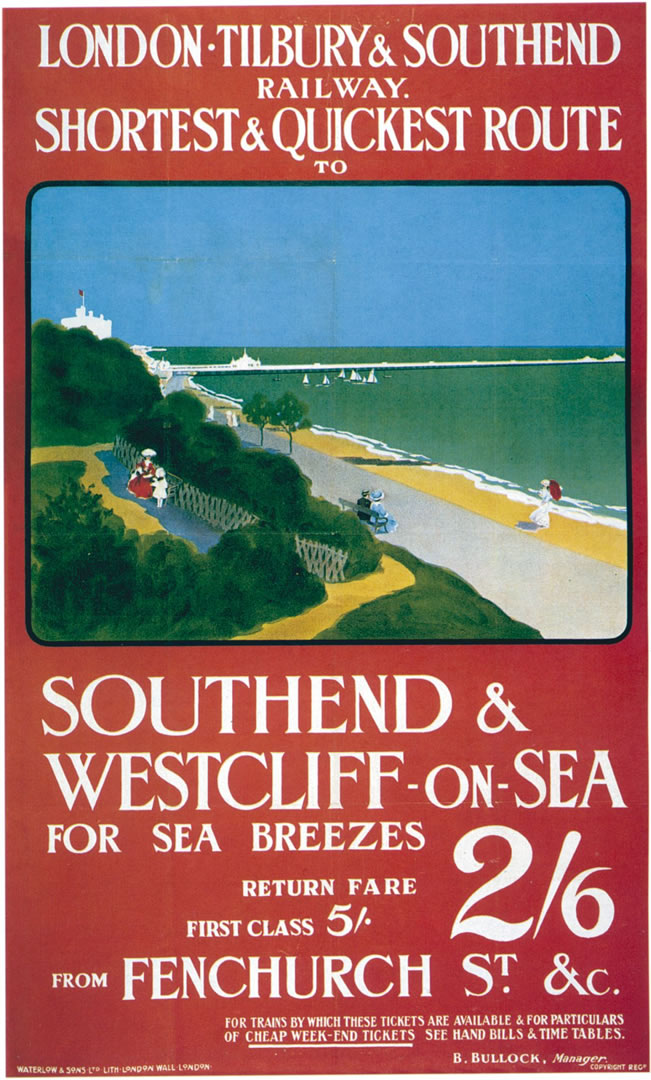 Around this time last year, almost 200 vintage travel posters from around the world went up for auction in New York, with some winning bids totalling over $500,000. The auctioneers reminded the potential buyers of an age of travel where holidays were for the affluent, steam trains were the norm, and commercial aircraft had propellers. British seaside resorts featured heavily in the auction, as well as train routes, and many of the posters were placed at railway stations throughout the UK between the 1920s and 1940s. 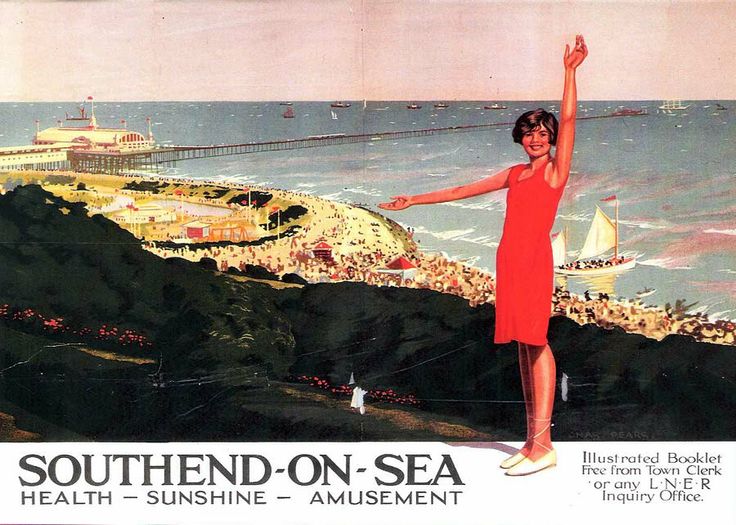 See Your Work In Print

If you’re a designer and would like to create your own posters, get in touch! Have fantastic prices on our posters.