Earlier this year, Paperboyo or Rich McCor, as he is known to his friends, decided that he wanted to become a tourist in his own city. He wanted the opportunity to explore and engross himself in the history of the world around him. Rich started to research facts about the iconic landmarks he had previously ignored and look for a new way to embrace his home city. 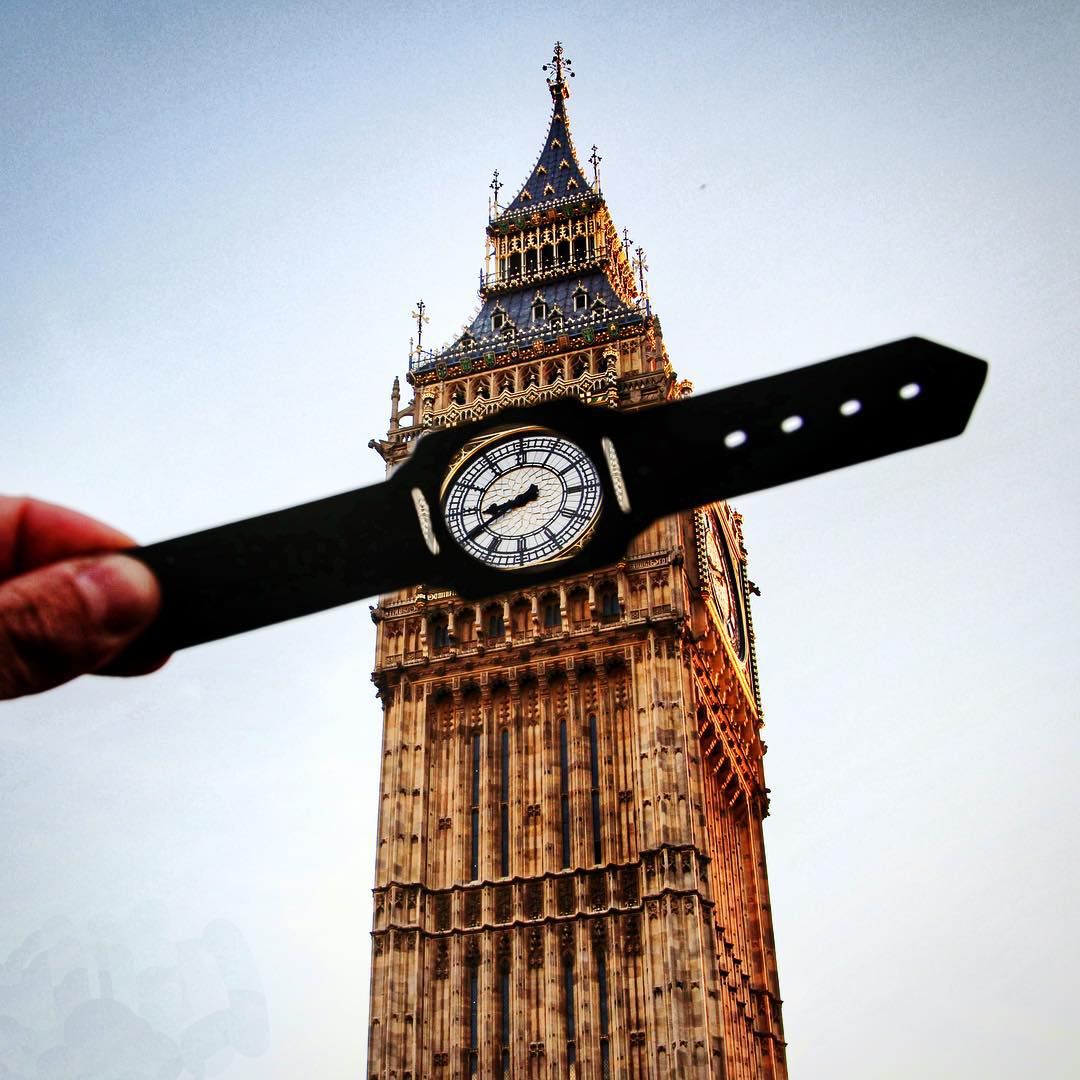 Rich’s initial idea came from his love of paper craft and was relatively simple; he used a cut-out in order to transform Big Ben into a wristwatch. In the time spent taking the photo a small child with her father took interest in what he was doing so he showed them the photo taken on his camera screen and their positive reaction was a great factor to spur him on.

Following the enthusiasm of the tourists he met, he moved on to turn St. Paul’s Cathedral into an ice cream, the London Eye into a bicycle wheel and the lions of Trafalgar Square into playful kittens, all with the simple addition of a paper-cut model. Once Rich had taken the photo he would post them on his @paperboyo Instagram account along with a quirky fact he had learnt about the landmark. 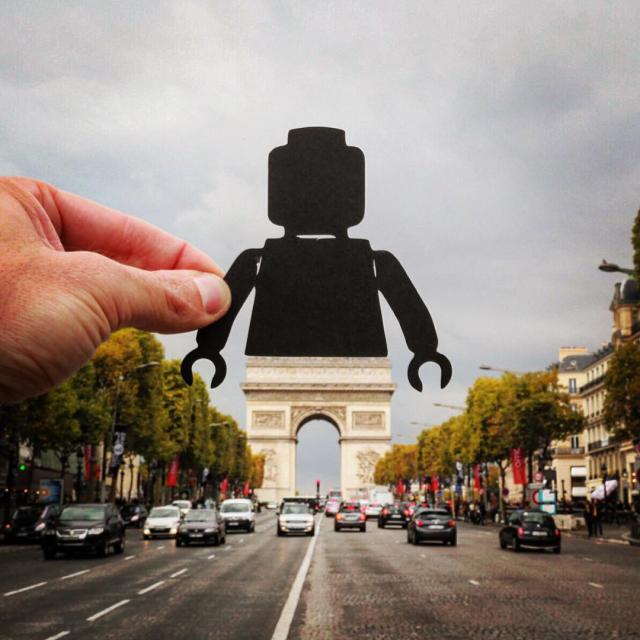 After some time posting up his adventures around London, Rich was contacted by travel giants Lonely Planet and asked is he would be able to create some more images for them. He of course snapped at the chance and was soon taken to Stockholm, Amsterdam, Copenhagen and Paris and found himself running around the cities with a camera and a handful of cut-outs, trying to capture as many photos as possible whilst trying to remember the quirky facts about each one. 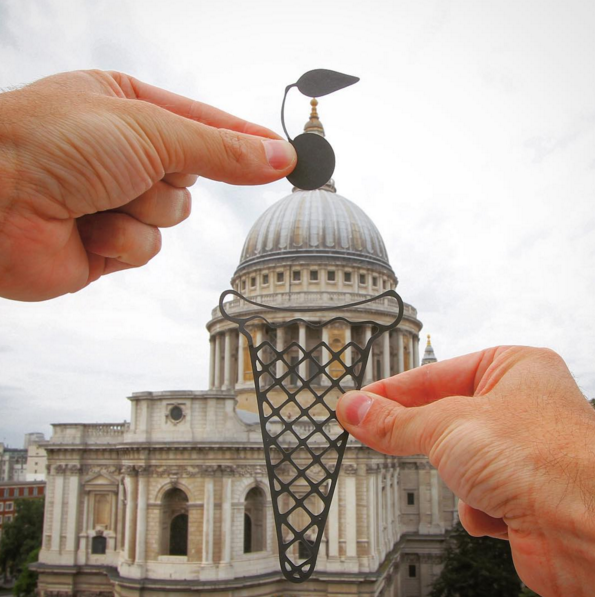 Using just paper and scissors, Rich has made himself into an Instagram celebrity with over 84 thousand followers and would love to find a way to turn his hobby into a career, allowing him to travel around and see the world with his quirky facts and eccentric paper cuts.